AMATELUS
AMATELUS, which develops and provides “SwipeVideo”, a system that can shoot and distribute free-viewpoint video and multi-angle video, has raised 410 million yen.
-Further strengthening the organization, mainly for development to link systems with large companies and open the system to general users-

AMATELUS Co., Ltd. (Headquarters: Shibuya-ku, Tokyo, CEO: Shinya Shimojo, hereinafter referred to as AMATELUS), which develops and provides a system “SwipeVideo” that can shoot and distribute free-viewpoint video and multi-angle video, is Mitsubishi UFJ Trust and Banking. We have raised 410 million yen through a third-party allotment of new shares.
Background and purpose of fund raising: As a leading company, we will take on the challenge of developing new markets and expanding existing markets.
SwipeVideo, developed by AMATELUS, is a proprietary patented technology that enables the shooting, generation, and distribution of free-viewpoint video and multi-angle video.
We started full-scale development in 2017, acquired an international patent in 2019, and started full-scale business development in 2020. The satisfaction of companies that have introduced SwipeVideo so far has been high, and some customers have made sales of more than 60 million yen with one SwipeVideo distribution. It has been used for purposes such as “” and “PR”.
Since the number of inquiries from the market has steadily increased, we anticipate the expansion of the free-viewpoint video market and the multi-angle video distribution market, which are expected to spread in the future with the spread of the Metaverse. In order to strengthen the internal organization, mainly the development system, we have decided to raise funds.
The SwipeVideo business started when it was used as a teaching material in the technical education industry. Thanks to the
contribution of the system, it is still being introduced at vocational schools, private high schools, and national universities.
And in the entertainment industry, which has been greatly damaged by Corona, it has contributed to “online distribution during the corona wreck”, and the use of paid distribution businesses has increased by more than 200% every year.
In the sports industry, as in the entertainment industry, the introduction of paid distribution businesses is progressing, starting with “online distribution in the corona crisis”, but it is also used as a video tool for “in-team analysis” and “improving the technical skills of athletes”. Expansion is also progressing.
Most recently, as a collaborative distribution with TV Asahi, SwipeVideo paid distribution of “The 150th British Open Golf” was conducted, collaborative distribution of the newly established domestic tennis tour “SBC Dream Tennis Tour 2022” with TBS, and distribution with TV Tokyo. Major competitions in Japan and overseas, such as distribution of “JAPAN OPEN 2022 Figure Skating” and live distribution of the world’s first free-viewpoint video of the “World Championship Send-off Match Japan National Team” with the Japan Volleyball Association. We have also increased the delivery
performance of.
In January 2023, we plan to broadcast live the Nagoya Figure Skating Festival, which will celebrate its 20th anniversary.
Learn more here: https://sv-commerce.com/634e99223e0bff00136fceca [Image

▼Videos where you can see each sample SwipeVideo
[Video 4: https://prtimes.jp/api/movieim.php?url=www.youtube.com/watch?v=FhE8J7_sXtU]

At the end of 2020, we won the “Nikkei Trendy 2020 START UP AWARDS Grand Prize”, presented to CES in 2021, won the challenge program of Europe’s largest tech conference “Viva Technology” in March 2022, and established our headquarters in Europe. We have also made a contract with a global brand company to place it.
Mitsubishi UFJ Trust and Banking Co., Ltd., the underwriter of this project, has a business alliance with us in April 2022. This is the history of the investment.
Product Introduction: -What is SwipeVideo-
Developed and provided by AMATELUS, a distribution that allows viewers to freely switch viewpoints on the web (or within the app) by swiping videos shot with multiple cameras (unlimited number of cameras supported). It is a system and a patented technology as an
international patent.
SwipeVideo is the world’s first proprietary technology that enables cloud distribution of free-viewpoint video and multi-angle video, which until now had been considered difficult to distribute and play back on a browser due to the high image processing load and
distribution load. .
In addition, since it works only with web technology (HTML5), the viewer does not need to install a troublesome app, and the viewer can play at any time without stress (during slow motion, zooming, and stopping). It is possible to switch between videos, and you can freely switch the viewpoint of the video and watch it by simply swiping the screen.
It is also possible for the user to switch the perspective of the video broadcasted on TV in a timely manner at his/her own will and view it. You can switch and watch.
SwipeVideo has three distribution patterns:
1. LIVE distribution (live distribution)
2. Archive delivery
3. Semi-real-time delivery
The software has an application “SVCam” that allows synchronized shooting, so even amateur photographers can easily perform
synchronized shooting.
Click here for details https://swipevideo.jp
Patents: International patents: 3 Japanese patents, 2 US patents, 2 Chinese patents, 1 Korean patent, 1 British patent, and other applications to the EU and other countries.
What is free viewpoint video?
The video that became a hot topic in the movie Matrix more than 20 years ago, is expected to be used for the 2020 Tokyo Olympics and Paralympics, for baseball broadcasts in the spring of 2022, and for content utilization in the Metaverse. video technology.
Beginning with research at Carnegie Mellon University, large companies and universities such as University of Tsukuba, NHK STRL, Sony, Canon, and KDDI are also researching.
Sony and Nikon have announced the opening of a studio dedicated to shooting free-viewpoint video (volumetric capture) in 2022, and in anticipation of the spread of the Metaverse, initiatives for free-viewpoint video are becoming active worldwide.
However, the free-viewpoint images that we currently see on TV cannot be viewed by us, the viewers, by switching viewpoints freely. The experience of viewing video switched (automatically switched) by the broadcaster has become the standard free-viewpoint video viewing experience today.
The reason for this is that it has been considered difficult to deliver free-viewpoint video to general consumers due to the enormous amount of data.
Recently, there are technologies that allow some viewers to switch viewpoints. It is impossible to build a distribution business due to high costs.”
However, SwipeVideo solved such problems.
SwipeVideo is a distribution system that allows the general public to easily switch viewpoints while viewing on smartphones, tablets, and PCs.
There is no need for a dedicated app to view the video, and the viewer can access SwipeVideo without stress as it is a web browser type viewing player that can be viewed immediately by accessing the URL. It is also possible for the user to change the viewpoint and watch the video relayed on the TV in a timely manner at their own will. the next deployment
Most recently, we have collaborated with TV stations, IP holders, OTT, venues, educational organizations, manufacturers, retailers, various events, and a wide range of player companies involved in distribution. Let’s eat.
In addition, we have also started “Development that allows you to watch SwipeVideo on TV devices”.
In the future, in addition to smartphones, tablets, and PCs, we will challenge “a world where you can view free-viewpoint video and multi-angle video by switching viewpoints on TV.”
Since video products are products that easily transcend national barriers, we will continue to develop and expand the domestic market while waiting for the timing to fully expand into the global market. AMATELUS leaves the “feelings” of mankind to the future with images and technology.
We are looking forward to receiving inquiries from interested companies as we will strengthen our cooperation with each company. [Overview of AMATELUS]
Company name: AMATELUS Co., Ltd.
Head office location: Shibuya-ku, Tokyo
Established: January 2017
Capital: 532,622,112 yen (including capital reserve)
Representative: Shinya Shimojo
Business description: Focusing on the development, production, and sales of “Swipe Video”, development and provision of shooting synchronization applications such as free-viewpoint video and multi-angle video “SVCam/SVCamDual”, distribution of free-viewpoint video, and production of editing software and applications
Development, shooting, and development of VR/MR related systems. -Major adoption/award history so far-
・Received Microsoft innovation award 2017
・avex-xR Hackathon (VR/AR/MR) Winner
・Ministry of Internal Affairs and Communications “Inno vation” Generation Award Special Award
・Adopted for Yokoze Town Regional Revitalization Project “Yokolabo” ・Adopted by Saitama Prefectural Government as a public-private partnership project
・Adopted for Plug and Play Japan Batch2
・ Fujitsu Pitch Contest fabbit Award Ricoh Award Winner
・Winner of Plug and Play Batch2 Expo Mobility
・Adopted Fujitsu Accelerator 7th term
・Dentsu “GRASSHOPPER” second term adopted
・docomo 5G DX AWARDS 2020 “Best Award”
・Received Nikkei Trendy “2020 START UP AWARDS Grand Prize”
・Awarded “Viewer Experience Partner” at the Japan Sports Agency’s “Innovation League” in 2021
・ 2022 Winning the “Innovative Event Challenge” of Europe’s largest tech conference “Viva Technology” 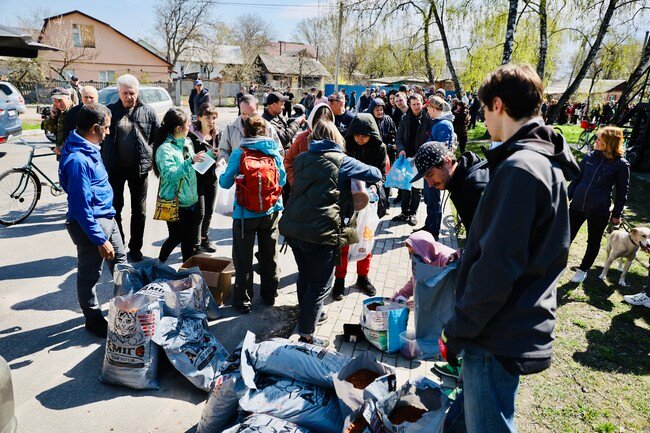