Asahi Shimbun Co., Ltd.
The site “Asahi Shimbun Playground” where you can easily try the advanced technology and ideas of Asahi Shimbun is released
AI summarization “TSUNA(R)” and AI calibration “TyE” are available for trial. Additional demos are planned in the future. 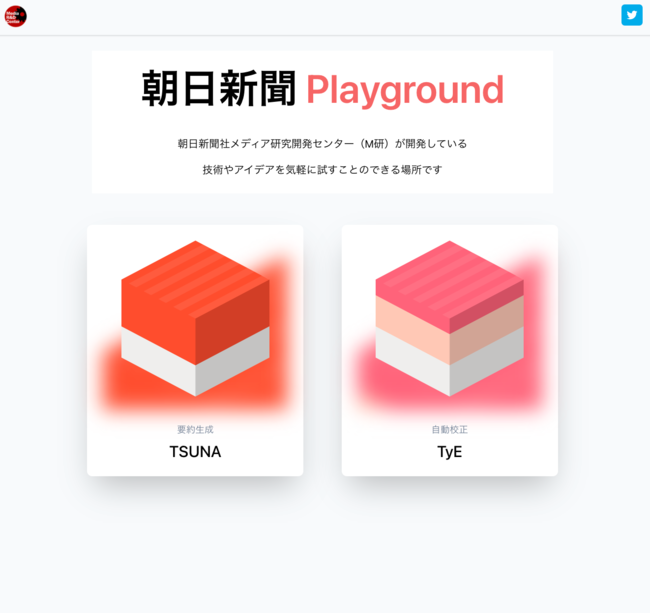 Asahi Playground top page
“TSUNA(R)” is an API that automatically generates summaries and headlines of input text. You can specify the length of the heading and the words you want to include in the heading, and can generate multiple different headings for a given input. After filtering more than 30 years of articles owned by the Asahi Shimbun for efficient processing, we learned using a deep learning mechanism. Part of this technology is currently patent pending.
[Image 2 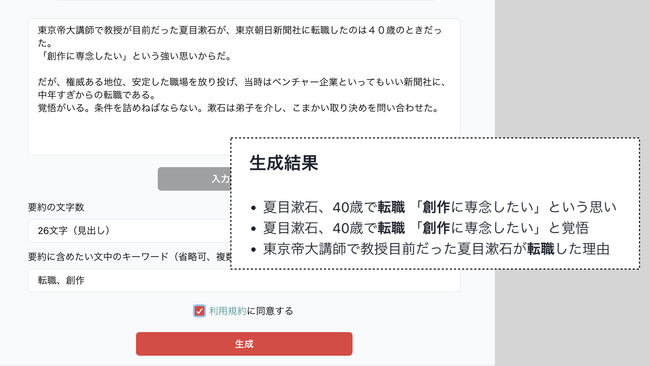 Example of automatic summarization by TSUNA(R)
“TSUNA(R)” was released in 2019 and is widely used for business within The Asahi Shimbun, and is also being used outside the company. “TyE” is an API that supports proofreading by detecting parts that are likely to contain errors in the input text. By presenting the three correction policies (insertion, deletion, and replacement) and the degree of confidence in detection at the same time, the feature is that you can understand the parts in the text that need to be corrected along with the grounds. The error correction data generated from the editing history of the articles owned by Asahi Shimbun is carefully selected manually, and then trained by artificial
intelligence.
[Image 3 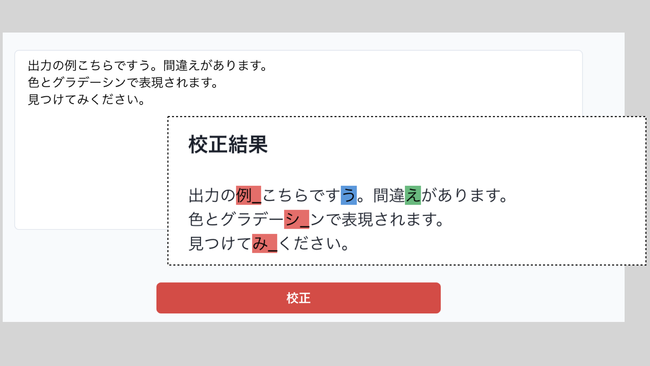 Example of proofreading support by TyE. In the image, red indicates insertions, blue indicates deletions, and green indicates
replacements.
“TyE” has been widely used both inside and outside the company since its release in June 2022, and we have released a demo to make it easier for you to evaluate it.
Asahi Shimbun Playground will continue to release new technologies and ideas in the form of demonstrations.
■ What is the Asahi Shimbun Media Research and Development Center? (https://cl.asahi.com)
The Media Research and Development Center was launched in April 2021. Utilizing cutting-edge media technology such as artificial
intelligence and abundant resources such as texts, photos, and voices unique to newspaper companies, we aim to solve problems both inside and outside the company, as well as cutting-edge technologies such as natural language processing and image processing. We are proceeding with the research and development of
■ Asahi Shimbun Playground
https://cl.asahi.com/playground/