Avex Communications Broadcasting Corporation
Haru, Ryo Narita, Hana Sugisaki and others will present a human love story “Yayoi, March, I loved you 30 years” will be distributed on dTV
Screenwriter Yukawa Kazuhiko, who worked on many hit dramas such as “Kaseifu no Mita” and “Queen’s Classroom”, wrote the original script, and the movie “Yayoi, March” with a gorgeous cast including Haru, Ryo Narita, and Hana Sugisaki. 30 Years I Loved You” has started distribution on the video distribution service dTV.
[Image

The story begins in March 1986. The main character, Yayoi Yuki (Haru), meets Santa Taro Yamada (Ryo Narita) on her way to school. Yayoi is a hot-blooded girl with a strong sense of justice who boldly confronts bullying in class and sharply points out her ambiguous homeroom teacher. It was all because of his hospitalized classmate Sakura Watanabe (Hana Sugisaki) who was the target of harassment. Through Yayoi, Santa also gets to know Sakura, and the three develop a friendship.
However, Sakura died of illness before graduation. The two of them, who lost their dear best friend, feel attracted to each other, but go their separate ways while joking as usual. Years pass, and while Yayoi fulfills his dream and becomes a teacher, he marries another girlfriend, but it doesn’t go well and he leads a depressed life. As if led by fate, the two meet again and experience painful misunderstandings, but…
The big point of this work is that it cuts out and builds “March only” for 30 years that Yayoi and Santa spend.
From the pale youth of high school, to the crossroads of employment and marriage, “March” where various incidents occur, will be drawn around the cherry blossoms that bloom every year.
Haru carefully and passionately performs all generations, from energetic teenagers to those in their 40s who are tossed by trials. Everyone should be able to sympathize with the real life pattern of walking their own way while having feelings for Santa.
In addition, the co-stars are gorgeous, including Ryo Narita, who expresses the life of Santa by performing the same long years, and Hana Sugisaki, who shows a pure presence in the role of Sakura, which has a great influence on the lives of the two.
Takeshi Okada as Ayumu, Santa’s son who suffers from a complicated parent-child relationship, Yukiyoshi Ozawa as Takuma Shirai, Yayoi’s husband, and Hitomi Kuroki as Maria, Santa’s mother. .
“Yayoi, March: I Loved You 30 Years” highlights irreplaceable love from the passage of 30 years.
Please take this opportunity to check it out on dTV.

■ “Yayoi, March: 30 years of loving you”
~Outline~
A turbulent love story drawn by Kazuhiko Yukawa, a rare scriptwriter who has produced numerous blockbuster dramas, and spinning the 30 years of two people who are bound by fate in March alone.
~Synopsis~
On March 1, 1986, Yayoi and Taro met fatefully. Although they were attracted to each other, they were unable to express their feelings after losing their best friend, Sakura, to an illness, so they went their separate ways. Challenging the dream you had when you were a child, finding a marriage partner and having a child… However, life is not smooth sailing, and he experiences divorce, gets involved in disasters, loses his spouse, and the dream he had at that time was cut off. When he lost sight of hope and was pushed to the bottom of his life, he received a message from his late friend, Sakura, after 30 years.
Work URL: https://bit.ly/3DvMPQc
Copyright: (C) 2020 “Yayoi, March” Production Committee

*1 650 yen (tax included) for purchases on the App Store and Google Play. *2  There is some individually charged content
*3 Researched by GEM Partners / As of November 2021
Music content is counted, excluding movies, dramas, and animations (music movies, musicals, etc.) that are available for unlimited viewing on major domestic flat-rate video distribution services. *4 Only when applying for the first time during the campaign period (from November 1, 2014), the initial free period of 7 days will be extended to 31 days. Other applicable conditions are the same as the first 7 days free. However, during the 31-day initial free period, some content may not be viewable due to the rights holder’s
circumstances.
Customers who have received the 7-day first-time free trial in the past, but who have not yet applied for this campaign, are eligible. App Store, Google Play, and use of dTV prepaid cards are excluded. When this campaign ends, we will inform you on the DOCOMO website. The contents of this campaign are subject to change without notice. * Separate packet communication charges apply.
*Some content may not be viewable on some devices.
*Customers who do not have a DoCoMo line contract will need a “d account (R)” to use this service. The service content and payment method may differ from those of the “sp-mode (R)” contract. In addition, payment of the usage fee is only possible by credit card. * “dTV”, “d account” and “sp mode” are registered trademarks of NTT DoCoMo, Inc. Details about this release:
https://prtimes.jp/main/html/rd/p/000000730.000022141.html 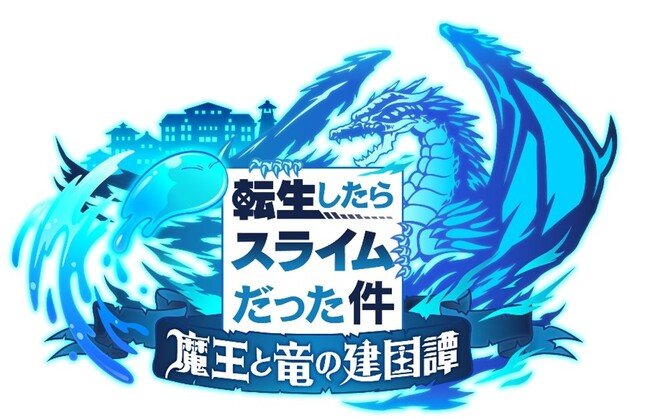 28 Oct 22 rehow
BANDAI NAMCO Entertainment Inc. "That Time I Got Reincarnated as a Slime: Demon King and…
Uncategorized
0