Spearhead match: Itabashi Zangief (G) vs Gachikun (Rashid)
The vanguard match with the same combination as Section 3. In the 1st BATTLE, Itabashi Zangief succeeded in taking the lead with explosive attacks that G is good at. However, from the 2nd BATTLE onwards, Gachikun reversed due to his high response ability. It was a victory that wiped out the trauma to G, who had been licking bitterness this season.
Midfielder: John Takeuchi (Cody) vs Kawano (Colin)
In response to Kawano’s high-precision “return attack”, John Takeuchi counters with high-precision “hit confirmation” and a high-power combo from V-Trigger I “sidearm”. John Takeuchi, who succeeded in advancing from beginning to end, won in a straight line. We got the second win since the first round.
Taisho match: Uryo (Rose) vs Dogura (Vega)
The general battle that became a strong showdown in Kansai. The match unfolds like a fistfight, with neither side yielding an inch. The battle between the two athletes, who have a reputation for reading each other, extended to a full set full round. And in the final phase, Dogura’s Vega used “Head Press”, and Uryo’s Rose tried an anti-air with “Soul Bind”, but Dogura who read it went to “Devil Reverse”. Avoid it by deriving from A battle of fine lines ended with Dogura’s victory.
“Good 8 Squad” has reached 310 total points with this victory. The team was 80 points ahead of the second-placed team and entered a runaway state. It will be interesting to see if they can continue to run in 1st place.
MATCH 2: Home “Hiroshima TEAM iXA” vs “Saishunkan Sol Kumamoto” Away [Image 3

Spearhead match: Gunfight (Oro) vs Nemo (Urian)
The early game Gunfight players were aiming for a combo from Oro’s V-Trigger II “Tenguishi”, but unfortunately it failed. Overall, the game unfolds with Nemo’s Oro countermeasures, and when Oro back jumps and double jumps, he uses V-Skill I “Metallic Aura” to prepare for the critical moment. rice field. As a result, Nemo won in a straight line. Midfielder: Crusher (Birdie) vs Shuto (Julian)
Intermediate tactics were the key combination, and in the early stages, Shuto’s “Standing Middle Punch” proved to be very effective. Crusher also showed a counterattack such as winning by reading the key points and cornering the opponent to the edge of the screen, but he could not stop Shuto’s current momentum. With a 2-1 victory over the midfielder, Shuto now has a three-game winning streak.
Taisho match: Inaba (Vega) vs Higuchi (Guile)
Inaba’s Vega seemed to have an advantage in fighting, but Higuchi skillfully broke down Inaba’s defense. In particular, Guile’s “Reverse Spin Kick” is used effectively to corner Inaba. Using a lot of jumping attacks, Higuchi broke down the opponent’s defense and won the Taisho match with a score of 3-1.
Riding momentum, Saishunkan Sol Kumamoto gained 40 points and moved up to provisional 4th place. Looking only at the points, the 2nd to 4th places are tied with 230 points, and the fierce ranking battle is expected in the future.
Standings to date
▼ Click here for the standings
[Image 4

“Street Fighter League: Pro-JP 2022” Section 10 Day 2 will be distributed on the official YouTube and Twitch channels of “CAPCOM Fighters JP” from 20:00 on Tuesday, November 15th.
In addition, from around 19:40 before the start of the game, we plan to distribute “Street Fighter League: Warm Up!”, which introduces the highlights of the game that will be held on that day. Please take a look.
▼ Click here for the battle card
MATCH 1: Home “v6 Plus FAV gaming” vs “Nagoya OJA BODY STAR Mildom” Away MATCH 2: Home “Gyoshu” vs “Shinobi-ism Gaming” Away
▼ Click here to watch “Street Fighter League: Pro-JP 2022” Section 10 Day 2 YouTube
https://youtu.be/ZWDqCh03i3E
Twitch
https://www.twitch.tv/capcomfighters_jp
About “Street Fighter League: Pro-JP 2022”
Japan’s highest peak Capcom official team league match in “Street Fighter V Champion Edition”.
Beginning in 2018, in the 2021 season, eight companies will become team owners, and a “team owner system” will be introduced in which a team of four players with a “JeSU official professional license” will be formed and participate in the league. We have greatly expanded the scale of the event.
In the 2022 season, which is the fifth season, eight teams will compete for points in all 14 sections and 56 games, the top teams will advance to the “playoffs”, and the three teams that have won further will advance to the final tournament “Grand Final”. and fight for Japan’s strongest seat!
“Street Fighter League: Pro-JP 2022” will be streamed online live on the official YouTube and Twitch channels of “CAPCOM Fighters JP”! ■ CAPCOM eSports official YouTube channel
https://www.youtube.com/c/CapcomFightersJP
■ CAPCOM eSports Official Twitch Channel
https://www.twitch.tv/capcomfighters_jp
■ CAPCOM eSports Official Twitter
https://twitter.com/CAPCOM_eSports
About “Street Fighter V”
The “Street Fighter” series recorded a big hit with “Street Fighter II” released in 1991 after the first commercial game machine was released in 1987. The revolutionary battle system has become a hot topic, and the fighting game genre has been established, boasting a cumulative total of 49 million units shipped worldwide (as of the end of September 2022) for home video game software. Thirty years after its introduction, it is still popular all over the world, and it is a title that leads the fighting game field in eSports. For the first time in the history of the “Street Fighter” series, we have introduced “cross-platform” play that allows “PlayStation (R) 4” users and PC users to play against each other. In addition to the long-awaited additional characters, “Season 5” is now available, including many new costumes and new stages.
https://www.capcom.co.jp/sfv/
Also, if you are starting now or want additional content so far, “SFV: Champion Edition + Season 5 Premium Pass Bundle” is recommended. https://www.capcom.co.jp/sfv/product.html#bundle
About Capcom Co., Ltd.
Since its founding in 1983, it is a leading company that has created numerous hit products in the game entertainment field. As
representative works, we have series titles such as “Resident Evil”, “Monster Hunter”, “Street Fighter”, “Rockman”, and “Devil May Cry”. The company is headquartered in Osaka and has overseas subsidiaries in the US, UK, Germany, France, Hong Kong, Taiwan and Singapore. http://www.capcom.co.jp/ 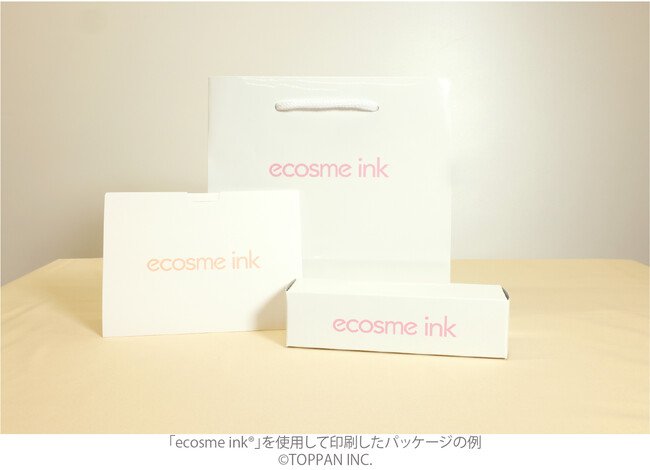