[Topic of gourmet this winter]
All-Checciano Co., Ltd.
Chef Masayuki Okuda’s restaurant “Al Quecciano” will open in the mountain resort Hakuba this winter only! We will express the charm of Shinshu ingredients in Okuda style!
“Al Quecciano”, which is famous as “a restaurant worth going out of your way to eat”, will open a store at “Hotel Laneige Main Building” in Hakuba, Nagano Prefecture for the 2022-2023 ski season only.
The restaurant “Al Quecciano” (Tsuruoka City, Yamagata Prefecture) was opened in 2000 by chef Masayuki Okuda, who was born in Tsuruoka. is. For more than 20 years, the restaurant has embodied local gastronomy, and was featured on TBS’s “Jonetsu Tairiku” (2006). rice field. In 2014, Shonai was designated by UNESCO as “Tsuruoka, a creative city of food culture” by putting producers first and spreading its appeal not only throughout the country but also to the world. The story told is also famous.
Chef Masayuki Okuda’s restaurant “Al Quecciano”, which has been working on regional revitalization through “food”, will come to Hakuba, Nagano Prefecture, which has been attracting attention as a mountain resort in recent years, to bring out the charm of Shinshu ingredients this winter. I will create.
We have already visited producers and production sites in Hakuba and Nagano Prefecture, and have begun preparations to add a new attraction of “food” to the snow resort Hakuba, which attracts people from all over the world.
Restaurant “Al Quecciano Hakuba”
The restaurant in the main building of Hakuba Resort Hotel Laneige will be open in winter from December 21, 2022 to March 26, 2023 (planned). We welcome guests staying at the same hotel as well as guests only using the restaurant.
In addition to restaurant use, you can also enjoy events such as private chefs and cooking classes.
[Dinner] (17:30-21:00 last order)
In addition to the course menu, we also offer pasta and pizza a la carte. [Image 1

Popular for Ginza Orine Sushi! “Oil sushi” made by Chef Okuda Chef Okuda to your room! Visit a condominium, etc., and use the kitchen to cook in front of you.
This is a limited-time plan where you can have Chef Okuda to himself, who will deliver delicious food along with fun conversations. In addition to Italian cuisine, you can also enjoy Chef Okuda’s new frontier, “Oil Sushi.”
menu image
・3 cold appetizers (Shinshu dry-cured ham, Shinshu salmon, deer) Such)
[Image 3

A new way to boil pasta “Yuderon” pasta
・ Warm appetizer platter
・ Eat with oil and salt from each country from Orion Sushi in Ginza “Oil Sushi”
・ Main dish using Yonezawa beef, one of Japan’s three major wagyu beef ・ Cookbook Academy Award “Gourmand World Book Awards 2022”
Pasta made from the award-winning book “Yuderon”
(Mushroom pasta, refreshing shellfish pasta,
(Shinshu cheese pasta, etc.)
Price/¥150,000
(up to 3 people, ¥30,000 for each additional person)
*Wine and sake pairing for each dish
or a non-alcoholic pairing is also available. (Optional ¥10,000 per person / non-alcoholic ¥5,000)
[“Yude theory pasta” cooking class]
Chef Masayuki Okuda’s book “Boiled Theory”, which proposed a new pasta cooking method, won the Grand Prix at the “Gourmand World Cookbook Awards 2022”, which is said to be the Academy Award for cookbooks. You can experience how to make delicious pasta directly from Chef Okuda and enjoy it.
A useful daytime activity for non-skiing wives, both at home and for professionals.
Dates/Scheduled for around 20 days from late December to late March Price/¥8,000 (lunch included)
Restaurant “Al Quecciano”
Opened in 2000 in Tsuruoka City, Yamagata Prefecture. In Tsuruoka, which is a treasure trove of ingredients, it offers a menu where you can see the faces of the producers, and has gained popularity as a “restaurant to go out of your way to eat” and a “restaurant where reservations cannot be taken”.
In July 2022, we will move to a new store. The premises have functions such as cooking classes taught by Chef Masayuki Okuda and a chef’s table where chefs create dishes in front of you, so you can feel the charm of Shonai and Tsuruoka beyond the restaurant, as well as training junior chefs. For this purpose, we have set up the
“Al-che-cciano Academy”, and the Al-che-cciano main store is taking a new step forward by expressing more Shonai materials.
Chef Masayuki Okuda
[Image 4

Chef Masayuki Okuda
Born in Tsuruoka City in 1969. After that, he lived in Tsuruoka until high school and moved to Tokyo. After training at a restaurant in Tokyo, he returned to Tsuruoka, declaring that he would “revitalize Tsuruoka with food.”
His unique culinary philosophy attracted attention, and in 2004 he was appointed as Shonai Goodwill Ambassador. In 2014, he contributed to Tsuruoka City joining the UNESCO Creative Cities Network, such as having an audience with the 14th Dalai Lama in 2012 and having him eat Tsuyahime. He has experience introducing Shonai ingredients and his own recipes to the Pope and the Emperor.
In 2006, he was selected as one of the “1000 chefs in the world” at “Terra Madre” (Italy) (11 in Japan).
2011 San Sebastian Gastronomy Festival World Congress in charge of “Japanese cuisine”, 2012 Switzerland Davos Conference “Japan Night” Chief Cuisine, 2015 Milan International Expo, Italy Food culture evangelist, 2016 Received 3rd place in the world at “The Vegetarian Chance,” a global vegetable cuisine contest in Milan, Italy. In the same year, he won the 1st Cooking Masters Silver Award from the Ministry of Agriculture, Forestry and Fisheries.
He has produced many restaurants, including “Al Quecciano” in Tsuruoka, as well as 7 restaurants run by his disciples who taught him the Okuda method.
Among his many books, “Boiled Theory”, which describes a new way to boil pasta, won the Grand Prix at the “Gourmand World Cookbook Awards 2022”, which is said to be the Academy Award for cookbooks.
Hakuba Resort Hotel Laneige
[Image 5

Hotel Laneige main building that operates “Al Quecciano Hakuba” Since 1984, the Laneige Main Building has been operating in the Wadano area, which is popular with foreigners, even in Hakuba, which has welcomed many guests from around the world as a mountain resort. In 1990, the East Wing was opened, and it has gained popularity as a hotel with its own characteristics.
In 2018, Ms. Kazuko Shiojima, manager of the East Building, was awarded the “Chevalier for Agricultural Merit” given to those who have made a great contribution to French food culture.
In 2013, we held an event, Hakuba de Al che-cciano, inviting chef Masayuki Okuda and brewers from Yamagata wineries. 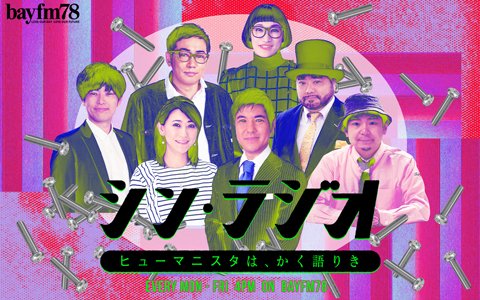