CyberAgent, Inc. Animation Division
The unbeatable school brain game & romantic comedy “Liar Liar” will be made into a TV anime in 2023! The special news PV and teaser visual have been lifted.
Comments from the original author Haruki Kuoi and the main cast, original illustrations by konomi, and congratulatory illustrations by comicalization writer Funa Yukina have arrived!

CyberAgent, Inc. (Headquarters: Shibuya-ku, Tokyo, Representative Director: Susumu Fujita, Tokyo Stock Exchange Prime Market: Securities Code 4751) is an absolutely unbeatable school brain that is being published very popularly from KADOKAWA’s light novel label “MF Bunko J”. We are pleased to inform you that we have decided to make the game & romantic comedy “Liar Liar” into a TV animation in 2023.
In addition, in commemoration of the decision to make a TV animation of the popular series, the main character Hiroto Shinohara, who continues to win with the weapons of lies and bluffing, will finally be turned into a TV animation.・ Comments from Haruki Kuoi and the main cast, original illustrations by konomi, and congratulatory
illustrations by comicalization writer Funa Yukina have arrived. [Image 1

Yumi Nakamura worked on the character design, with the bullish Hiroto Shinohara and Sarasa Saionji in the upper row, and the slightly shy Himeji Shirayuki, and in the lower row, Hiroto Shinohara, who is hiding a “lie” and has anxiety and embarrassment. and Sarasa Saionji, and Shirayuki Himeji, who is dignified even against “lie”, and contrasts the feelings of each character on the front and back. Feature PV:
[Video 2: https://prtimes.jp/api/movieim.php?url=www.youtube.com/watch?v=pH-a2D2SnAs]

■ Synopsis of “Liar Liar”
A school island – academy – where students play a duel – a game – to decide their rank.
I, Hiroto Shinohara, achieved the highest score ever in the entrance exam to Gakuenjima, which is the most difficult exam in Japan. Seven Stars -Seven Stars-”.
–Oh, of course, that’s all a lie.
In order for me to fulfill my purpose on Academy Island, I must continue to reign at the top, even if it’s just a lie.
If that’s the case, I’ll use everything from the cheating of the beautiful maid Himeji who assists me as the master, to the accomplice relationship with Saionji, who was actually a fake young lady. Well then, let’s begin the lie that controls the world.
Win everything with lies and wit. The school brain game is about to begin! ■In commemoration of the decision to make a TV animation, comments from the original author, Haruki Kuoi, the main cast, original illustrations, konomi, and comicalization author, Funa Yukina, have arrived!
In addition, to commemorate the decision to make it into a TV animation, a celebratory illustration relay by a total of 16 illustrators will start on the official Twitter (@liar2_official) from today!
Official Twitter: https://twitter.com/liar2_official
Original author Haruki Kuoi
Thank you very much for the anime adaptation of Liar Liar!
For someone like me, who can only write text, the “media mix” is a magical event that expands the world of the work, but I thought that animation was one of the goals, or the goal.
Thanks to konomi-sensei, everyone in the editorial department, and most of all, the readers, that it came true so quickly. All this is not a lie.
I’m really excited about it, so please look forward to it! ! Original illustration by Mr. konomi
[Image 3

Thanks to everyone who supports the work and activities and everyone involved, “Liar Liar” will finally be animated in 2023! I appreciate you sincerely.
I can’t believe I can see Hiroto and Himeji moving…! It’s very moving. I’m really looking forward to the world of the animation “Liar Liar” that will be created with the support of many staff members. As the original illustrator, I was particularly particular about the character designs and color schemes, and they were able to create a cute, cool, and very nice finish.
Also pay attention to the enthusiastic performances that match the roles of the voice actors! I would appreciate it if you enjoyed it together.
Comicalization writer, Yukina Funa-sensei
[Image 4

I am Genta Nakamura, and I will be playing the role of Hiroto Shinohara. Congratulations on the TV animation adaptation of Liar Liar! I got an audition and read the original work right away. Hiroto is cool and cool, but in fact there are some things that are a little off, and that kind of gap is interesting.
It’s a character that I definitely wanted to play, so I was very happy when I heard that I had passed the audition!
Strongest and weakest. In order to deliver the charm of Hiroto to everyone, I’m going to have fun while performing! thank you! Shina Shudo (role of Shirayuki Himeji)
[Image 6

I’m Shina Shuto, and I’ll be playing the role of Shirayuki Himeji. Aiming for victory by cheating is fresh, and I was always nervous while reading the original work.
Shirayuki is a high-spec maid who is always calm and collected and assists cheaters.
I will do my best to become a cool and cute Shirayuki!
Wakana Kuramochi (role of Sarasa Saionji)
[Image 7 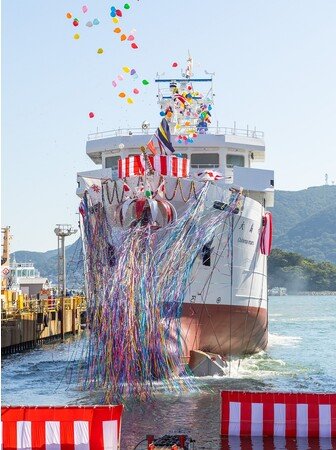