Drecom Co., Ltd.
The dark fantasy novel “Blade & Bastard -Ashes are Warm, Labyrinth is Dark-” presented by Kagyu Kumo x so-bin will be released in Japanese and English at the same time!

DRE Novels announced today that it will simultaneously release the Japanese and English translations of “Blade & Bastard -Ashes are Warm, Labyrinth is Dark-” at the anime convention “Anime NYC” being held in New York, USA. Announced. The English translation will be distributed electronically through J-Novel Club.
Since then, DRE Novels’ works have partnered with the J-Novel Club to aim for the simultaneous release of Japanese and English translation e-books. “Blade & Bastard” will be the first work.
Also, from today, we have started trial readings for both the Japanese and English translations of the prologue and first chapter of this work. Please enjoy the Japanese version from the official website of DRE Novels, and the English version at J-Novel Club.
[What is J-Novel Club]
A company headquartered in the United States, founded in 2016, translating and publishing Japanese light novels and manga,
distributing them through its own subscription service, and selling e-books through major online stores in the English-speaking market. , and is gaining support from users in the English-speaking market, mainly in North America. A group company of major publishing company KADOKAWA.
Official site: https://j-novel.club/
A new story based on the world of “Wizardry”
[Image 2

This work is based on the worldview of the masterpiece RPG “Wizardry”, which is copyrighted and trademarked by Drecom Co., Ltd. (*), and Kumo Kagyu has created a completely new story.
Please enjoy the dark fantasy surrounding the “labyrinth” (not a novelization of the Wizardry series).
* Of the “Wizardry” series, “Wizardry6”, “Wizardry7”, “Wizardry8”, and “Wizardry Gold” copyrights and domestic and overseas trademark rights of “Wizardry”
[What is “Wizardry”]
A 3D dungeon exploration RPG series released in the United States in 1981. Adopting a highly immersive subjective point of view, the breathtaking adventure has attracted many users.
Labyrinth exploration, party formation, battles with monsters, etc., have had a great influence on later RPGs, and are said to be the origin of RPGs.
1st PV & comments from Mr. Kumo Cochlea and Mr. so-bin released Today, we will release the first PV that was pre-released at “Anime NYC”, as well as comments from the author, Kumo Kagyu, and
illustrator, so-bin. The PV will feature a gorgeous cast including voice actor Shin Furukawa.
● 1st PV: https://youtu.be/FRmtr904t6Q
[Video 2: https://prtimes.jp/api/movieim.php?url=www.youtube.com/watch?v=FRmtr904t6Q] [Comment from Professor Cochlea Spider]
Domo, cochlear spider!
By the time I met Wizardry, his name had already been immortalized as a legendary masterpiece.
I was in the position of simply following in the footsteps of the adventurers who came before me, thinking it was amazing.
So, in this work, I’m going to put a lot of admiration for the stories I’ve seen and heard.
Experienced adventurers, please laugh and say, “It can’t be helped.” If you are a new adventurer, I would appreciate it if you could enter Wizardry from here.
And while I’m ashamed, let me give you this sentence from me. WELCOME TO THE WORLD OF WIZARDRY!
[So-bin’s comment]
A few years ago, I had the opportunity to enjoy talking with Kagyu-san at an event in Germany.
We don’t know each other, and I thought it must be some kind of fate, so I was in charge of the illustration for “Blade & Bastard”. It’s a new title, so I can’t say much about spoilers, but once you read the first volume, you’ll want to read the continuation as soon as possible.
I feel that it is a story that makes me excited straight. I want to read it to the end, so I pray that it will continue for a long time! ■ “Blade & Bastard” Official Twitter: https://twitter.com/BladeandBastard ■ Work page: https://drecom-media.jp/drenovels/product/7
“Blade & Bastard -Ashes are Warm, Labyrinth is Dark-” Introduction [Image 3

――What if, at the end of the adventure, you lose even your soul someday? Then the next adventurer will do better.
The corpse of an adventurer who shouldn’t exist was discovered in the depths of a “dungeon” that no one had ever set foot in. Iarmas, a man who had been revived but had lost his memory, was alone (solo). He spends his days diving into the Labyrinth and collecting the corpses of adventurers.
Adventurers who despised and respected the way they sought
compensation regardless of whether their “resurrection” succeeded or failed and turned into ashes. His ash-covered daily life begins when he meets a girl swordsman called “Garbage”, the sole survivor of the destroyed party!
A dark fantasy presented by Kagyu Kumo x so-bin!!
The first shipment of the paper version of this work in Japan comes with an insert voice code.
*Insert Voice: Some DRE Novels paper books come with a code as an initial bonus. You can listen to the voices of gorgeous voice actors and provide a new reading experience linked to the light novel illustrations.
【Character introduction】
Earlmas: CV Makoto Furukawa
[Image 4

An amnesiac adventurer.
At the request of the temple, he collects the corpses of exhausted adventurers in the Labyrinth.

An adventurer who was saved by Iarmas.
“Monster Garbage” who doesn’t speak human language and behaves like a stray dog.

A bandit on the run.
Due to a strange fate, I will explore the labyrinth with Ialmas.

A female elf priest who serves God.
I care about Yalmas and Garbage. 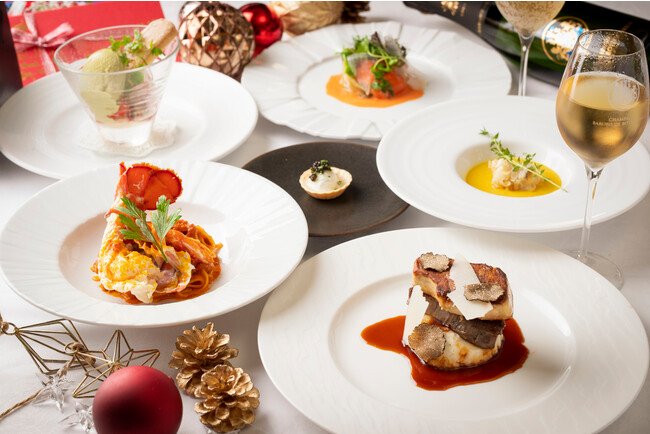