Edia Co., Ltd. (Headquarters: Chiyoda-ku, Tokyo, President: Yoshinari Kashima, hereafter: Edia) announced that among the game titles owned by the company, “Granada (Mega Drive)”, “Avenger (PC Engine)”, and “Gaiares (Mega Drive)” ”, “Psychic Storm (PC Engine)” shooting game 4 titles will be ported and developed for Nintendo Switch (TM) as “Telenet Shooting Collection (tentative)”, and at the same time, a support purchase service for things and experiences. We are pleased to inform you that crowdfunding for the development of this work has started today on November 22nd at “Makuake”.
[Image 1 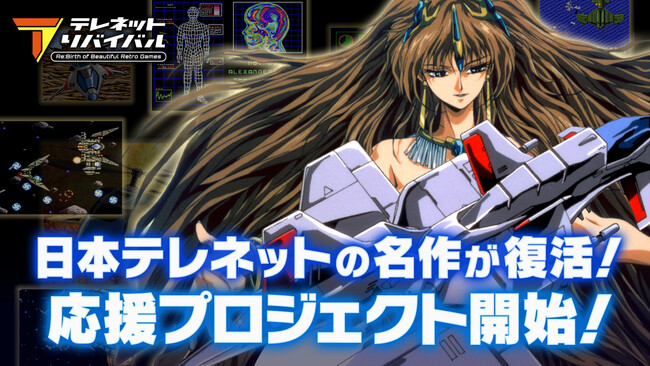 project overview
~ Telenet revival, start ~
We have received heartfelt messages of support and encouragement from a large number of fans for the “Valis Revival Support Project” and “Cosmic Fantasy Revival Project”, and thanks to them, we were able to achieve great success. . Thank you again.
[Image 2

Through these projects, we have received many passionate requests from fans, such as “I want you to reprint more and more other Nippon Telenet titles!” and “I want to play Wolf Team titles on current consoles!” In order to respond to this, at the timing of the 40th anniversary of the birth of Nippon Telenet, we started the project “Telenet Revival” to revive the timeless masterpiece game left by Nippon Telenet. As the first step, we have decided to port and develop four “shooting game” titles for Nintendo Switch as “Telenet Shooting Collection (provisional)”.
Outline of “Telenet Shooting Collection (Tentative)”
[Image 3 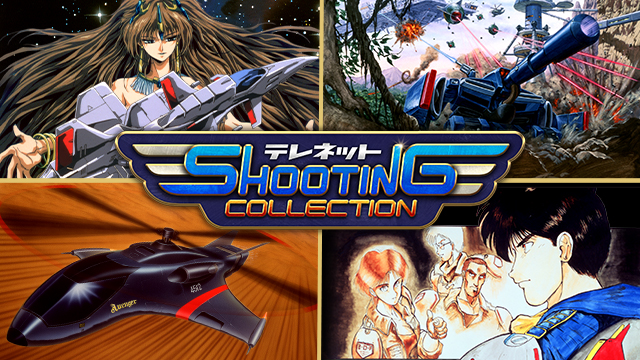 Completely ported 4 titles of shooting games “Granada (Mega Drive)”, “Avenger (PC Engine)”, “Gaiares (Mega Drive)” and “Psychic Storm (PC Engine)” for Nintendo Switch.
While recreating the atmosphere and feel of the original version as it was at the time of its release, it was well received not only by fans at the time, but also by modern game fans, so that it can be enjoyed by a wide range of fans, such as “Mugen Senshi Valis COLLECTION”. Additional functions such as “sound mode”, “visual mode”, and “rewind function” are also installed in this work. In addition, we will brush up the details of other menus and deliver a more comfortable and easy-to-play environment.
[Image 4 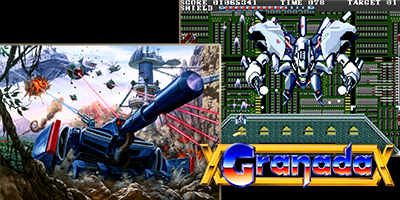 ~Introduction of titles~
Granada (November 1990, Mega Drive)
The legend of Granada, the truth is known only to those who meet… Operate the tank-type mobile weapon Granada and destroy numerous enemies. An omnidirectional scrolling shooting game with outstanding response!
[Image 5 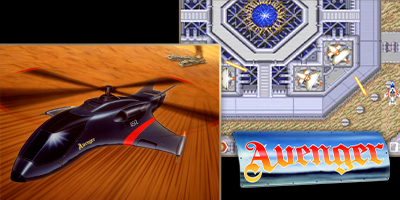 Avenger (1990, PC Engine)
Recapture the Ultimate Weapon VOLOS from the Allied Forces!! Drive the latest combat helicopter “AVENGER” and take back the giant mobile fortress that was taken by the allied forces! Strategic near-future shooter! 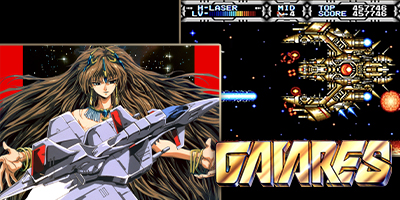 Gaiares (1990, Mega Drive)
Mother earth, the earth, has been driven to environmental destruction by human activities. Now the biggest and final choice for humanity is approaching. Will the Earth be saved?!
There is no ability to just defeat the enemies that appear. Hit the option and take away the attack method. Unique shooting game! [Image 7 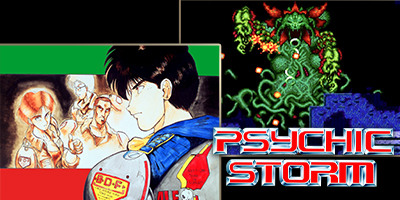 Psychic Storm (1992, PC Engine)
In order to save mankind from the greatest crisis, the superweapon “Storm Bringer” will launch!
Defeat the mysterious creature “Thing” with the ultimate
transformation attack “Psychic Storm Phenomenon”! An exhilarating shooting shooter that can be played by two people at the same time! Overview of crowdfunding “Nippon Telenet Revival Support
Project-Shooting Game Edition-”
[Project URL] https://www.makuake.com/project/telenet-revival/ [Period] From 12:00 on Tuesday, November 22, 2022 to 18:00 on Monday, December 26, 2022
[Target amount] 3,000,000 yen
[Development schedule] Nintendo Switch software “Telenet Shooting Collection (provisional)” will be released after June 2023
[Project type] All in type. Project progresses regardless of target amount achieved
Introducing the amount and return items for each support purchase course As a thank you for your support purchase, a new soundtrack CD with a new arrangement by game music legend Osamu Sakuraba, an official fan book containing original illustrations and extremely valuable development materials, and your name will be posted in the game and in the fan book. We have prepared valuable return items that can only be obtained at Makuake, such as the right to do so.
[Image 8 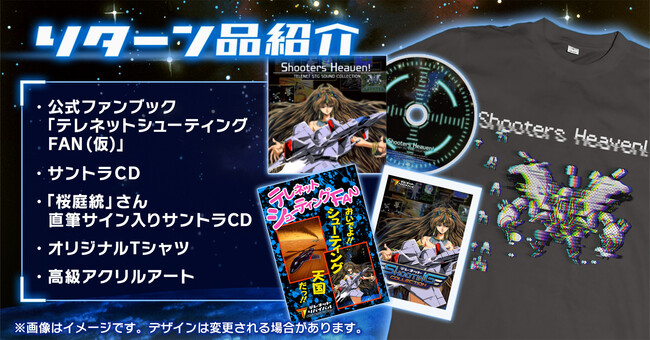 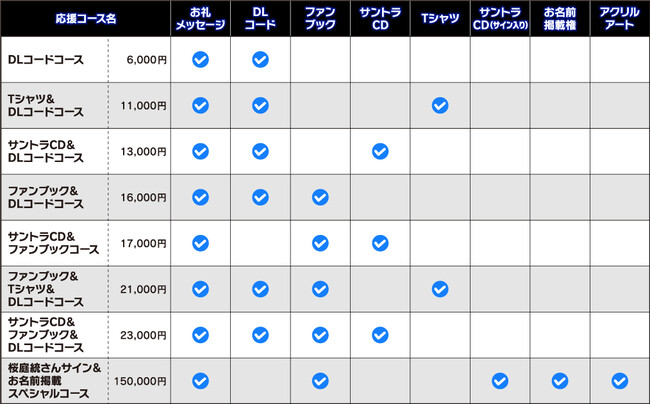 What is “Makuake”
“Makuake” is a support purchase service for quirky things and experiences, with the vision of “realizing a world where what should be born is born, what should be spread, and what should remain”. In cooperation with more than 100 financial institutions nationwide, it is being used by business operators all over Japan, and in cooperation with domestic and overseas distribution partners, we support business expansion even after the project ends.
URL: https://www.makuake.com/
iOS App: https://apps.apple.com/app/apple-store/id1274816320
Android App: https://play.google.com/store/apps/details?id=com.ca_crowdfunding.makuake_android -Company profile of Makuake Co., Ltd.-
【Company Profile】
Company name: Makuake Co., Ltd.
URL: https://www.makuake.co.jp/
Representative: Ryotaro Nakayama, President and Representative Director Head office location: Daiwa Shibuya Miyamasuzaka Building 10F, 2-16-1 Shibuya, Shibuya-ku, Tokyo 150-0002
Established: May 1, 2013
Business description: Operation of various support services centered on “Makuake”, product production support business that utilizes research and development technology
Detailed information about crowdfunding and game software will be sent from time to time on the official Telenet Revival website and official Twitter.
Telenet Revival Official HP
https://www.telenet-revive.com
Telenet Revival Official Twitter
https://twitter.com/telenetrevive
*Nintendo Switch is a trademark of Nintendo.
*PC Engine and PCEngine are registered trademarks or trademarks of Konami Digital Entertainment Co., Ltd. and BIGLOBE Co., Ltd. *Sega, Sega logo and Mega Drive are registered trademarks or trademarks of Sega Corporation.
Details about this release:
https://prtimes.jp/main/html/rd/p/000000556.000021592.html