EF Education Co., Ltd. is a leading international education company that provides overseas study abroad, language education, learning research, cultural exchange, educational travel business, language training and leadership training for partner companies in more than 110 countries around the world. First (Japanese corporation EF Education First Japan Co., Ltd.-Headquarters: Shibuya-ku, Tokyo, President: Linus Johnson-, hereinafter “EF”) today announced that approximately 2 million people in 112 countries and regions around the world The latest ranking of the EF EPI English Proficiency Index, a benchmark for English proficiency using big data from human English tests, has been released.
The EF EPI English Proficiency Index is based on data from the previous year’s exam of the English proficiency test “EF SET”, which is published free online by EF, and measures English proficiency in non-English-speaking countries and regions (1). , is a report that has been published every autumn since 2011 as a benchmark to measure and track over time. In addition to the EPI index country rankings and five levels of English proficiency levels (2) based on the CEFR (Cefal), external indicators such as the “human resource
competitiveness index” and “human capital index” and the correlation between the English proficiency index It consists of a considered analysis report.

In the 2022 edition of the ranking, Japan has fallen further (-2 points) from the previous year and is ranked 80th out of 112 countries/regions. The result was a gap from neighboring countries China (62nd) and South Korea (36th).
〇 The main points of the EF EPI English Proficiency Index -2022 Edition- are: 1. English proficiency among adults aged 25 and over is improving worldwide, with the greatest improvement among those aged 40 and over English proficiency among adults aged 21-25 remained flat, but among those aged 18-20, it dropped by 50 points from 2020 onwards. 2. Asian countries are slightly declining in some regions
Japan’s ranking fell even further from last year to 80th. In addition, the results of the Philippines and China also declined slightly, but Singapore rose from 4th last year to 2nd, Malaysia rose from 28th to 24th, and South Korea also rose from 37th to 36th, showing an upward trend. Regions are also emerging.
3. Globally. The decline in English proficiency in urban areas is remarkable. As a result, the ability index tends to be dispersed. Is it due to remote work?
When analyzing more than 500 urban areas, 130 of them were below the score for that area, and the result was that the non-urban areas were the same as the average. It is speculated that many English speakers moved from major cities due to the promotion of remote work during the corona crisis. In Japan, on the other hand, the major cities (Kanto and Kansai) still lead, with scores about 40 points higher than the overall score for Japan.
[Image

With the release of this report, EF Corporate Education (Hult EF) has set the theme of global human resource development and organizational development, which is currently accelerating on a corporate and organizational scale, based on this global trend. We will hold EF EPI Japan Summit 2022, an online summit to consider the next step in human capital information disclosure.
Apply here: https://www.hultef.com/jp/landing/jp-epi-japan-summit-2022/ (1) Only data from countries/regions/cities with more than 400 test takers are used for this indicator. A total of 112 countries and territories are included in the survey, with well over 400 test takers in many countries.
(2) Based on the distribution of EF EPI scores, countries, regions and cities are classified into five levels of English proficiency (“very high”, “high”, “average”, “low” and “very low”). increase
The EF EPI English Proficiency Index 2022 rankings and reports can be found at: https://www.efjapan.co.jp/epi/
that’s all
About the EF EPI English Proficiency Index
The EF EPI is an index developed as a global benchmark to measure and track English proficiency over time based on the result data of English proficiency tests conducted in the previous year, using free English proficiency test big data. As a result, it is characterized by being able to provide a wide range of standardized index data on a global scale. It conforms to the international standard CEFR, which measures language proficiency, and can be converted into existing scores such as TOEFL, TOEIC, and IELTS.
About EF Education First and EF Corporate Education
EF Education First, founded in Sweden in 1965 with the motto “Education First”, has directly operated language schools in 50 cities around the world (3) , High School Exchange Programs,
Universities/Graduate Schools, MBA Schools, etc., one of the world’s largest private educational institutions. I have a place. In addition, EF Corporate Education (Hult EF), which handles global human resource development training for corporations and organizations, offers leadership programs and coaching programs that are essential for global human resource development, including language and
cross-cultural communication training. (https://www.hultef.com/jp/). EF has its own English proficiency test “EF SET”
(https://www.efset.org/ja/) and a global benchmark that measures and tracks English proficiency over time “EF EPI English proficiency index” (https: http://www.efjapan.co.jp/epi/). In addition, based on the know-how accumulated over more than 50 years, we also provide language training support projects for various educational
institutions, government agencies, local governments, and companies in Japan and overseas. https://www.efjapan.co.jp/
(3) The number of business locations and the status of language school development are as of November 15, 2022. 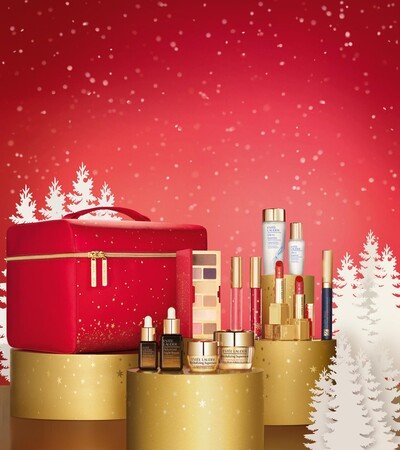