74.9% of the respondents answered that they “know (Black Friday)”. Although it decreased by 0.2 points from last year, it marked around 75% for four consecutive years, and as a shopping event that three out of four people know, it has become a tradition in the second half of November.
[Image 2

By age group, the awareness of young people (teens and 20s) tends to be low. Some EC sites also hold Black Friday sales, but since they are often held at real stores such as large supermarkets and shopping malls, which are mainly family-oriented, 70% of people in their 30s and older, who are the main purchasers, are aware of Black Friday. It is over.
■ 40% intend to shop on Black Friday Want to increase the number of participating company stores & want to shop at a great price [Image 3

When asked about “requests for the Black Friday sale”, 36.0% of the respondents said “I want more stores to participate”, and “I want more companies to participate” (20.2%). I want you to do it” (12.0%). 27.4% of respondents said that they would like to have a lot of products that are even more advantageous than regular sales. There were also many requests to hold an event where you can shop at a better price than usual, such as “I want more points than usual” (18.0%).
■ Some say that they want to buy everyday food and daily necessities that have a large impact on price increases, and heaters to save on electricity bills.
[Image 5

When we asked those who answered that they would like to shop at the Black Friday sale (n=2,437) what they were planning to buy, the top answer was “everyday groceries” (66.4%). Last year was also No. 1, but “Bargain food products (milk, processed products, etc.) that have risen in price” (50s, female), “I want to buy seasonings, food, sweets, etc. if there are bargains” (30 As the rush to raise food prices continued, there were many voices saying that they would buy foods that they usually eat and foods that last for a long time. “Daily necessities/hygiene products” (23.6%), which also continues to increase in price, ranked third. “I want to buy cheap daily
necessities and stock them” (20s, female) “I want a good size detergent. I want to stock up because the price has been raised” (60s, female) Many people said they would keep it.
2nd place was “fashion/clothing related” (45.0%). It was in 2nd place last year as well, but has improved by about 5 points. Due to the corona crisis, I went out less and dressed less, but compared to last year, I have more opportunities to go out. I want to buy clothes because I plan to go” (female, 50s), and “sneakers that are easy to walk” (female, 50s).
4th place was “household appliances” such as TVs and refrigerators (18.8%). This winter is said to be colder than usual, and we are worried about our electricity bills. Some people mentioned heating equipment that is a countermeasure against cold and power saving. Expectations are high that Black Friday will be the savior of consumption this winter.
■ The budget volume zone is 5,000 yen to 30,000 yen, but is it polarized with an increase in the proportion of “less than 3,000 yen” and “more than 50,000 yen”?
[Image 6

We asked retailers, service companies, etc. about “measures to attract customers such as sales and events on this year’s Black Friday”. Only 20% (21.2%) of the companies have implemented it, and nearly 80% of the companies answered that they do not implement it. “Because it doesn’t seem to be well-known by customers” (retail), “It’s a project that is lower than Halloween, but I don’t think it’s as well-known as Halloween” (service). Opinions were gathered.
On the other hand, more than 70% (71.4%) of the implementing companies answered that they would expand their scale compared to last year. “Black Friday is spreading around the world, and it will boost purchasing motivation” (retailers), “Because it is a plan that can be artificially set up at this time when there are few events”
(retailers). There was also.
■ The recognition rate of Green Friday is less than 10% Opportunity to review consumption activities
[Image 8

In recent years, “Green Friday” has become a global movement to compete with the big sale “Black Friday”. On the same day as Black Friday, it is a campaign to review the waste problem and environmental pollution caused by mass consumption and raise awareness of
sustainable consumption. Buying unwanted products, holding workshops to teach repair methods, and spreading mainly to retail companies in Japan and overseas.
When asked if they knew about “Green Friday,” 9.0% of the respondents answered that they did, which is less than 10%. This movement started mainly in Europe around 2017, but it cannot be said that the recognition rate is high yet. As a consumer, it might be a good idea to use Black Friday as an opportunity to reconsider your spending habits while enjoying shopping.
[Image 9

About Shufoo! “Black Friday Campaign”
“Shufoo!” will carry out a “Black Friday Campaign” from November 18th to November 27th, 2022. This time, we will return to the original origin of Black Friday, “become in the black,” and revitalize Japan, which has been depressed due to corona and price increases, and set the theme of “Aim for a nationwide profit” so that both consumers and stores can become profitable. I was. In addition to gift certificates and electronic money that can be used nationwide, you can win gift certificates that can be used at nearby supermarkets and drug stores. Use it to purchase everyday groceries and daily necessities that are ranked among the top purchases planned for Black Friday!
URL: https://www.shufoo.net/contents/recommend/cp/blackfriday/index.html [Survey overview]
“Shufoo!” user survey
Survey area: Nationwide
Survey target: “Shufu Point” members (men and women of all ages), Number of samples: Total number of valid response samples 6,394 people Survey period: October 31, 2022 to November 2, 2022
Research method: Internet research (in-house research)
Black Friday policy company survey
Survey area: Nationwide
Survey target: A total of 33 companies that have registered for the “Shufoo!” corporate e-mail magazine distribution
Number of samples: Total number of valid response samples: 33 companies Survey period: October 28, 2022 to November 4, 2022
Research method: Internet research (in-house research)
* When posting the survey results included in this news release, please be sure to specify the following credits.
Credit: “ONE COMPATH Inc. ‘Shufoo!’ Research”
*The total ratio may not add up to 100% due to rounding to the second decimal place.
■ About “Shufoo!”
It is one of the largest electronic leaflet services in Japan, used by 16 million people per month (including access on the provided ASP as of October 2022) and more than 120,000 stores nationwide. In addition to being able to check leaflets from supermarkets, home centers, electronics stores, drug stores, etc. all over Japan for free, you can also enjoy daily shopping, such as store recommended products, time sales, bargain information, information on coupons and discount days, and recipe searches. It is full of useful and useful information. In addition to the smartphone app, it can be used on various terminals such as PCs and tablets. Toppan Printing began operation in August 2001, and ONE COMPATH Co., Ltd. of the Toppan Group has operated it since April 1, 2019.
URL https://www.shufoo.net
■ About ONE COMPATH Co., Ltd.
Location: Toppan Shibaura Building, 3-19-26 Shibaura, Minato-ku, Tokyo Established: January 20, 1997
Capital: 600 million yen
Representative: Rei Hayakawa, President and CEO
Employees: 141 (as of April 2022/including seconded employees) URL: https://onecompath.com
Main services: map search service “Mapion”, electronic leaflet service “Shufoo!”, walking app “aruku&”, housekeeping agency comparison service “Kajidore”, cycle compass app “U-ROUTE”
* Product and service names mentioned in this news release are trademarks or registered trademarks of their respective companies. * The contents of the news release are current as of the date of the announcement. Subject to change without notice.
Details about this release:
https://prtimes.jp/main/html/rd/p/000000298.000018526.html 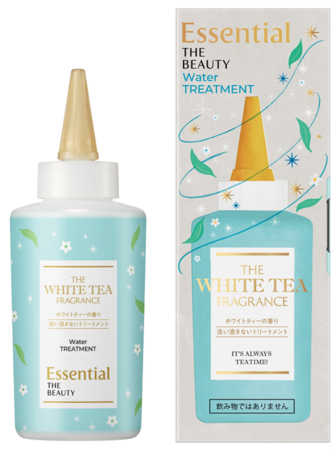