Eureka Co., Ltd. (Headquarters: Minato-ku, Tokyo, CEO: Junya Ishibashi), which operates Pairs, the most used dating and marriage matching app in Japan that celebrated its 10th anniversary *1 ) has signed a partnership agreement with Kuwana City in Mie Prefecture to create opportunities for single men and women to meet.
(* 1 MMD Research Institute “2022 matching service / application usage survey” as of September 2022)
Since 2019, Eureka has been engaged in various initiatives such as conducting joint surveys in collaboration with external parties and experts, producing white papers, and implementing policy proposals in order to contribute to solving the issues of single marriage and declining birthrate. rice field.
This agreement was concluded to make use of the knowledge we have accumulated so far to implement more effective efforts to solve the problems of the declining birthrate and unmarried population. It is a unique model of Pairs aiming for a relationship where each of the city) and citizens can enjoy and meet each other.
In the future, we will continue to explore collaboration models that allow us to meet and enjoy the benefits while contributing to the resolution of the declining birthrate and unmarried issues with various local governments, and we will strive to make Pairs and the matching app even more trusted by society. .
[Image 1

Image diagram of the relationship between three parties to receive benefits

[Main initiatives of the alliance (*planned)]
Held love-hunting and marriage-hunting seminars for men and women in Kuwana City and provided advice on finding a partner and opportunities to use Pairs.
[Image 3

-Holding a seminar event- (Around May 2023 *Scheduled / Scheduled to be held several times on a regular basis thereafter)
Held a love-hunting and marriage-hunting seminar event for single men and women in Kuwana who want to date and get married
-Providing advice on finding a partner at an event-
A lecture from the Pairs concierge, a professional in love advice, on knowledge and methods for meeting a partner for dating and marriage, such as how to use Pairs well and precautions for searching for a partner safely and securely.
-Providing Opportunities to Use Pairs-
Participants of this event will be presented with a digital gift code that allows them to try Pairs, providing an opportunity to find a partner in Pairs.
-the next deployment-
Dating support measures in cooperation with companies in Kuwana City are also under consideration
*The content of the initiative is under consideration and is subject to change. Background of the conclusion
The population of Kuwana City, Mie Prefecture has been declining since peaking in 2015, falling below 140,000 in February 2022. In order to take immediate countermeasures against this situation, the Kuwana City Population Decline Countermeasure Package “140,000” Rebound Plan was launched. In order to develop “measures that are close to the thoughts and feelings of young people” in this plan, we were looking for partners who could work together.
On the other hand, Pairs has gained the knowledge from past surveys that “it is important to increase the number of people who are looking for a lover in order to solve the problem of declining birthrate and unmarried population”. Therefore, we were looking for a partner who could provide new opportunities (opportunities) to use Pairs and increase the number of people searching for lovers. The conclusion of this agreement is due to the coincidence of the issues and objectives of these two parties.
[Image 4

The declining population, declining birthrate and aging population, which are issues facing Japan as a whole, are also important issues for Kuwana City. Especially in the last few years, the number of births has decreased significantly due to the impact of the corona crisis. Witnessing this situation, I feel a strong sense of crisis and intend to take urgent measures against the impending wave of population decline.
A senior government official who has been working on youth employment measures and measures against the declining birthrate said, “While the population decline measures are being taken, measures that reflect the voices of young people have not been taken so far. Isn’t it?” was said. On this point, I also have a lot of sympathy. As society undergoes major changes, we must accurately grasp the thoughts of young people and firmly determine their values, needs, and the current situation in which they are placed.
With the conclusion of this partnership agreement, we will utilize the digital services provided by Eureka Co., Ltd., whose use is expanding mainly among young people, and support young people who wish to date or get married so that their wishes can be realized. I will continue. Comment from Junya Ishibashi, CEO of Eureka Co., Ltd.
[Image 6

As reported in the media, the declining birthrate and unmarried population are one of Japan’s most important issues. Since 2019, we have been conducting research and presentations on the declining birthrate and unmarried population as an issue that we can contribute to solving in the Pairs business. What we have learned from the survey research is that “many people are unable to start looking for a lover.” For that reason, we aim to increase the “active population” by first providing an opportunity to try out the matching app with peace of mind and supporting activities to find a lover. I am pleased that the conclusion of this agreement will lead to further progress in Pairs’ efforts to solve the issues of unmarried and declining birthrate.
This is the first attempt by Pairs to conclude an agreement with a local government. By collaborating with Kuwana City, we can expect to increase recognition and trust in Pairs and the matching app, and we also have great expectations that it will be a good example for future collaboration with other municipalities nationwide.
About Pairs
Released in October 2012, it is the most used*1 dating and matchmaking app in Japan. It is characterized by being able to connect with ideal partners who match the conditions, hobbies and values ​​through a rich search function and a community of over 150,000. Operators are on standby 24 hours a day, 365 days a year to verify public IDs, respond to inquiries, and patrol monitoring.The highest safety and security standards in the industry have been established, allowing members to interact safely and securely. can do. In October 2013, the Taiwanese version of Pairs “Haaizoku” was released. In September 2017, the Korean version of Pairs “페어즈” was released. In April 2022, the cumulative number of registrations will exceed 20 million*2. *1 As of September 2022, MMD Labo “2022 Matching Service App Usage Survey (https://mmdlabo.jp/investigation/detail_2123.html)”
*2 Cumulative number of registrations since the service started in 2012. As of April 2022
https://www.pairs.lv/
Supported devices: iPhone/Android
Supported languages: Japanese, Traditional Chinese, Korean
Service area: Japan, Taiwan, South Korea
Service start date: October 2012
Price: Free download
Development and operation: Eureka Co., Ltd.
App Store: https://itunes.apple.com/jp/app/id583376064
Google Play: https://play.google.com/store/apps/details?id=jp.eure.android.pairs About Eureka Co., Ltd.
Eureka said, “I want something that makes you feel ‘good to have’ in your life. With a mission of “creating encounters with irreplaceable people and establishing a dating service culture in Japan and Asia.” We are developing “Pairs”.
According to a Cabinet Office survey*3, about 80% of unmarried people in their 20s and 30s want to get married, but the number of
opportunities to meet people in familiar places such as the workplace is decreasing, and the number of unmarried people and the declining birthrate are progressing. Under such circumstances, matching apps have been accepted as a new method of dating, and the market is expanding rapidly.
Since 2015, Eureka has been participating in the US Match Group, which has acquired the world’s largest market share in matching apps, and is promoting business to contribute to solving the problem of single marriage and declining birthrate in Japan by leveraging global knowledge.
In addition, we are aiming to further expand our global market share by expanding our services to Asian regions other than Japan, Taiwan, and South Korea, where we have already expanded our services. *3 2014 “Awareness Survey on Marriage and Family Formation
(https://www8.cao.go.jp/shoushi/shoushika/research/h26/zentai-pdf/index.html)” report
-Company Profile-
Location: 4th floor, Sumitomo Fudosan Azabu Juban Building, 1-4-1 Mita, Minato-ku, Tokyo 108-0073
Representative: Junya Ishibashi, Representative Director and CEO Date of establishment: November 20, 2008
Business description: Love and marriage matching app “Pairs” Affiliate: Match Group (U.S.A.)
https://eure.jp/
Details about this release:
https://prtimes.jp/main/html/rd/p/000000206.000005528.html 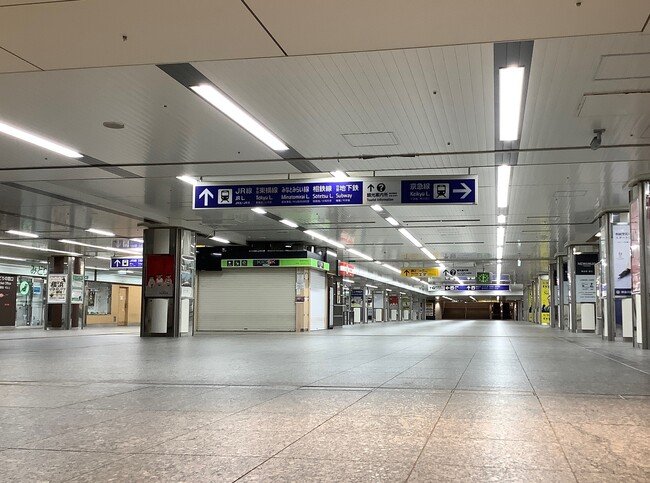 One thought on “Eureka Co., Ltd. Kuwana City, Mie Prefecture and Pairs, one of Japan’s largest dating and matchmaking apps, signed a partnership agreement to create opportunities for single men and women to meet.”