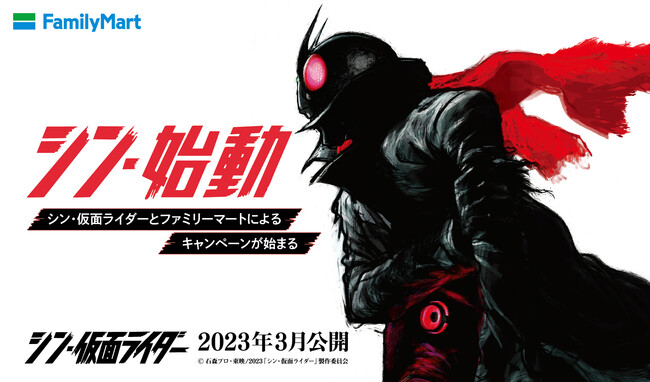 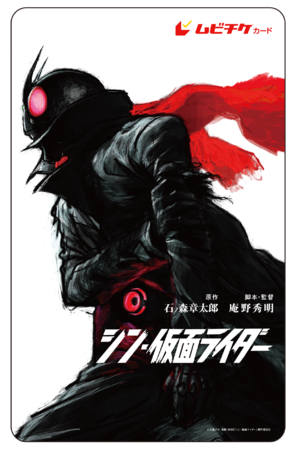 * Delivery is scheduled for February 1, 2023 (Wednesday) 7:00 am to February 7, 2023 (Tuesday).
※The image is an image.
* Due to limited quantity, it will end as soon as it runs out. *Reservations and sales are not available at FamilyMart stores. *This product is subject to the standard tax rate (10%).
◎ “Shin start” commemorative 10,000 yen limited design QUO card will be won by lottery for 5 people!
A Twitter campaign commemorating the collaboration between FamilyMart and “Shin Kamen Rider” will be held on FamilyMart official Twitter. ■Period November 22, 2022 (Tuesday) 10:00 to November 28, 2022 (Monday) 23:59 ■ Participation conditions
Follow FamilyMart official Twitter (@famima_now) and RT the specified post ■Premiums
A total of 5 people will win a limited design QUO card worth 10,000 yen by lottery.
In addition, “Ichiban Kuji Shin Kamen Rider” will be released at FamilyMart in March 2023.
[Image 4 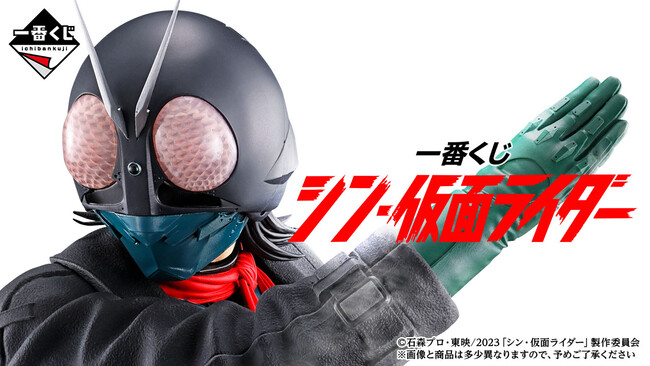 In the future, we plan to collaborate with FamilyMart and “Shin Kamen Rider”. We will inform you about the second installment in February 2023, so please look forward to the follow-up report.
FamilyMart will aim to become an indispensable place beyond
convenience while staying close to the community and connecting with each customer like a family under the slogan of “For you, for your combination, FamilyMart.”
What is the movie “Shin Kamen Rider”?
“Shin Kamen Rider” was announced to be produced and released in March 2023 on April 3, 2021, the 50th anniversary of the broadcast of “Kamen Rider” in 1971. The scriptwriter and director is Hideaki Anno, who continues to produce blockbuster works, Sosuke Ikematsu as the main character, Takeshi Hongo/Kamen Rider, Minami Hamabe as the heroine, Ruriko Midorikawa, and Yuu Emoto as Hayato Ichimonji/Kamen Rider No.2. It is a new original work that welcomed.
While respecting those days, Hideaki Anno is enthusiastic about creating a work that can be enjoyed by all generations. In March 2023, please look forward to a new “Kamen Rider” that no one can imagine, presented by a gorgeous and unique cast and elite staff.
■ Shin Kamen Rider Official Website: https://shin-kamen-rider.jp/ [Image 5 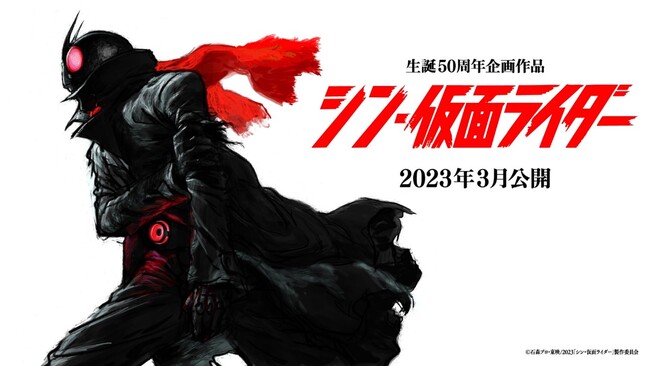 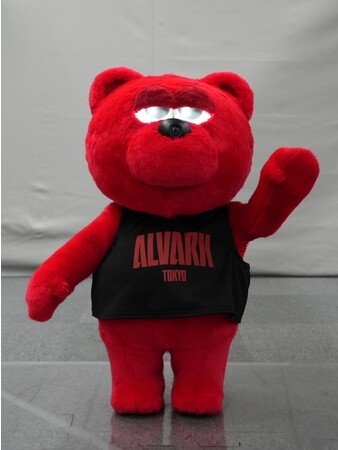