GL Navigation Co., Ltd.
Sales of “JapanWing”, a career support service for foreigners living in Japan, grew 260% year-on-year. Next year, the cumulative number of users will exceed 1,000
~ The number of users has increased rapidly due to the impact on the working environment for foreigners due to changes in the US-China relationship, and changes in the external environment such as the relaxation of immigration restrictions after the corona and the weak yen. In addition, matching with companies seeking multilingual and high-end human resources is also progressing ~

GL Navigation Co., Ltd. (Headquarters: Toshima-ku, Tokyo, President: Shigenobu Kanda, hereinafter referred to as GL Navigation), whose mission is to change people, companies, and society, started two years ago. As of November, the sales of JapanWing, a career support service for international students living in Japan, increased by 260% compared to the previous year. In addition, the cumulative number of users is expected to exceed 1,000 next year. Based on the recorded data of nearly 10,000 lessons accumulated so far, we are also promoting the DX conversion of Japanese language education using technology and AI. [Image 1

About JapanWing
This is a career support service provided by GL Navigation Co., Ltd. for international students living in Japan to achieve a high career in Japan. More than 80% of the users are students enrolled in difficult universities such as the University of Tokyo and Kyoto University. JapanWing’s instructors have a wealth of business experience, including senior executives who have retired from major companies and former high-career housewives and househusbands whose careers have been interrupted due to marriage. We have created a track record of unofficial job offers for many global companies by providing “Japanese business communication” lessons, which is a barrier to human activity, business lessons to learn industry and market trends, long-term internship arrangements, career support, etc.
[Image 2

The social background of excellent Chinese students wishing to study in Japan Currently, due to changes in the US-China relationship, the United States is suspending visas for Chinese students, and Chinese university graduates are having difficulty finding jobs due to the worsening economic situation in China. In addition, in China, intragenerational competition among young people, including university entrance exams and job hunting, is intensifying. Against this background, there is a tendency for talented Chinese students who have not studied in Japan to come to study in Japan because they are attracted by the culture of hiring new graduates and inexperienced people in Japan.
The number of JapanWing users surged
In addition to the external environment mentioned above, the rapid depreciation of the yen in recent years has boosted JapanWing’s sales soaring. This year’s sales are growing 260% year-on-year as of November.
Among the users, there is also a foreign student who has a track record of starting a business in China and then selling the business, which was selected for Forbes China Under 30.
JapanWing users use the service before entering university or graduate school, start learning language skills and business, and after entering university, study Japanese in parallel with university classes / research and long-term internship. are spending This kind of stoic student life aimed at self-growth has been highly evaluated by companies in job hunting and has earned a large number of job offers. Voices of JapanWing users
There are many excellent companies in Japan, but many of them have a B2B business model, and many of them are unknown to international students. Also, if you do not have Japanese language skills, you will not be able to understand the company’s website or ask questions when visiting OBOGs, and you will not be able to deepen your understanding of the company. Under such circumstances, there were comments such as that they were able to learn about excellent B2B companies through Japanese language and business lessons by professionals belonging to JapanWing who are familiar with the industry, and that they were able to learn technical terms for finding a job in Japan. Many people said that they were able to learn Japanese.
Mr. Wang, who actually got a job at a Japanese company through JapanWing and was selected for Forbes China Under 30, shares his comments.
[Image 3

Name: Wang Kaito
Biography:
Established a company to develop AI systems for factories during college. In 2019, the founding company was awarded Forbes China Under 30 for its contribution to the manufacturing industry. After that, he sold the company and went to study in Japan. Currently working for a foreign manufacturer.

“When I was in college, I founded a company that develops AI systems for factories, and have realized the robotization of multiple factory sites with AI technology and automation products. I was awarded Forbes China Under 30 for my contribution to 2020. After that, I sold the company due to the effects of the new coronavirus and the economic situation in China and went to study in Japan in 2020.
I like the manufacturing industry the most, not to mention the high technological capabilities of Japan’s core industries such as precision machinery, robots, semiconductors, chemistry, and materials science, as well as the sense of security from potential recruitment and long-term employment contracts, and the future of the current Digital Transformation. I felt this, and decided to find a job in Japan and open a new page for myself.
I had obtained N1 of the Japanese Language Proficiency Test (JLPT) by self-study, but I was very worried about finding a job in Japan with only the Japanese language skills I had learned to pass the JLPT test. I’m confident in my expertise and background, but when I’m job hunting, I have to explain myself in business Japanese. For a Chinese student like me, that is the biggest hurdle, so I used JapanWing’s service.
I learned a lot from the classes taught by Japanese instructors who have achieved great results in global companies, and I was able to join a foreign-affiliated manufacturer. Even after joining the company, I continue to use JapanWing’s services because I feel that I need to learn a lot about Japanese language skills and Japanese business etiquette. ”
Future prospects
We believe that the market trends mentioned above will continue and accelerate in the future, and we expect the cumulative number of users to reach 1,000 next year.
In addition, based on the recorded data of nearly 10,000 lessons accumulated so far, we are also promoting the DX conversion of Japanese language education using technology and AI.
About GL Navigation Co., Ltd.
Under the vision of creating a world where anyone can play a leading role anywhere, as a Digital & Diversity Transformation company, we are a company that realizes transformation of people, organizations, and society.
In the DX field, we provide business consulting support as a consulting business, and in the field of human resources education, we support foreigners to work in Japanese companies.
Company name: GL Navigation Co., Ltd.
Location: Crest Minami-Otsuka Building 5F, 3-44-13 Minami-Otsuka, Toshima-ku, Tokyo
Representative: Shigenobu Kanda, President and Representative Director Business overview: DX consulting service (DXForce), education service (JapanWing/GlobalWing) 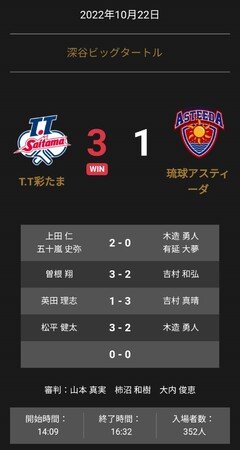