Hochi Shimbun Co., Ltd.
Welcome back Nagano … “Monthly Giants January issue” released from November 24 (Thursday)
Includes a clear file of Hayato Sakamoto and catcher Seiji Kobayashi.
Hochi Shimbun (President: Hirohiko Yoda), which publishes “Sports Hochi”, will release the January 2023 issue of the fan magazine “Monthly Giants” supervised by the Yomiuri Giants from November 24th at bookstores and online bookstores nationwide. etc. will be released. A4 version 88 pages full color, clear file of 2022 captain Hayato Sakamoto & vice captain Seiji Kobayashi, decided by fan voting, is an appendix with a fixed price of 700 yen including tax. Available at bookstores. You can also place an order at your local YC (Yomiuri Shimbun). It can also be purchased on the Yomiuri Giants official mail order site “Giants Online Store” and EC site “Shop Hochi”. Pre-sale will be held at the ball park store in Tokyo Dome for two days on November 22nd and 23rd.
[Image 1 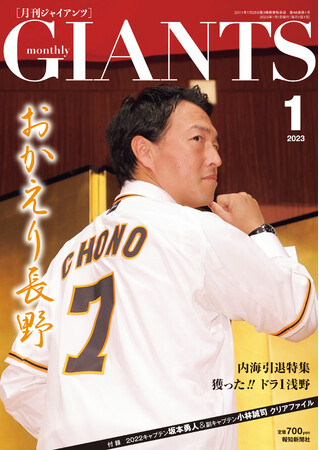 Cover for the first time in 11 years
Hisayoshi Nagano, who made a shock return to the Giants, decorated the cover for the first time in 11 years and 1 month since the December 2011 issue. Former Giants ace Tetsuya Utsumi, who took off his uniform at the Seibu Lions at the end of the 2022 season, also has a retirement feature. This is the first appearance in about four years. Walker exclusive interview
Exclusive interview with Adam Walker. Taking the first year in Japan as a step, I set goals for the next season. Pitcher Shosei Togo, who joined Samurai Japan, and many other pitchers, Kazuma Okamoto, will also receive plenty of warm-up games against the Giants. In the draft feature, we introduce all 14 players nominated, including No. 1 Shogo Asano, who was drawn by manager Tatsunori Hara in the lottery. 16-year-old G-Party actor Riku Onishi YAE (Young Advisory Editor of this magazine) looked back on the exciting draft in the serialized G-Netsu Dairiku.
Genki Iwahashi EE “Spodori!” Experience Part 2
In the popular project relay interview, the rookie duo of the same age, Yuki Okada and pitcher Yuji Akaboshi, revealed their surprising true faces. Mr. Masanori Hayashi, the left arm of OB, talks with Reito Nakayama. Pitcher Hayato Ishida, a promising high school graduate rookie, appeared in a direct hit interview with Young G. G-research is “the best event of the year”. G-BALLPARK, a series by G-Party artist Genki Iwahashi EE (executive editor of this magazine), is the second installment of the “Spodori!” experience at Tokyo Dome City. The pin-up is the 2022 Giants quintet on the calendar and Taishi Hirooka on the poster.
[Image 2 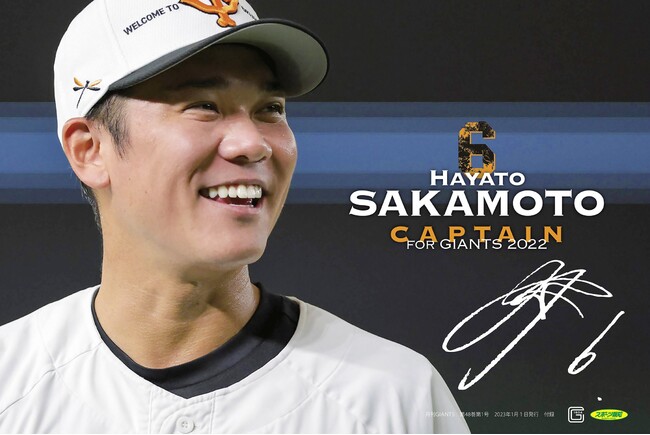 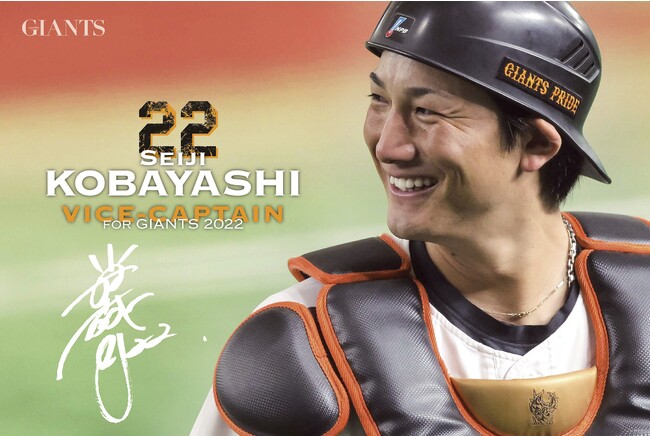