Hummingbird Co., Ltd.
Hummingbird Co., Ltd., which operates Drone School Tokyo, has signed an agreement with Katsushika Ward regarding aerial photography of disaster sites using drones.
Through this agreement, we will realize the development of a system that can quickly collect information in the event of a disaster.
Hummingbird Co., Ltd. (Minato-ku, Tokyo, Representative Director: Nobuhiko Suzuki) and Katsushika-ku, Tokyo are working together to quickly grasp the damage situation by using drones (unmanned aerial vehicles) in case of a large-scale disaster. On November 17, 2022, we concluded the “Agreement on Information Collection by Unmanned Aerial Vehicles”.
[Image 1 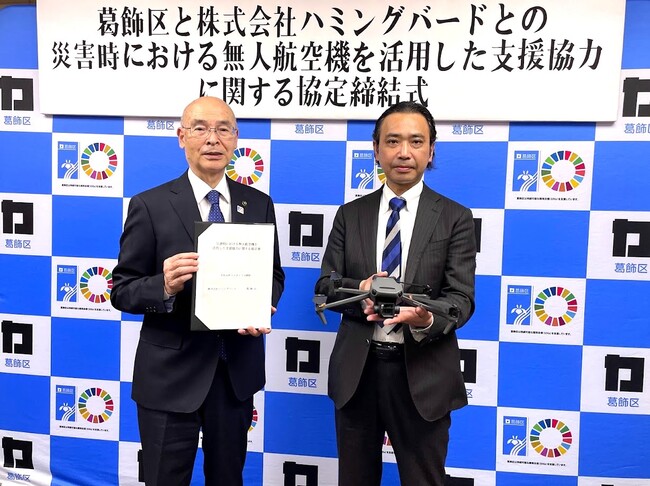 Katsushika Ward surrounded by rivers
Katsushika Ward is surrounded by rivers, with the Edo River in the east, the Arakawa and Ayase Rivers in the west, the Oba River in the north, and the Nakagawa and Shinnaka Rivers in the center. The altitude is about 3m in the high place, and there is also a minus 0m area in the low place.
Therefore, the area is at risk of inundation damage due to floods and storm surges.
In addition, it is assumed that Katsushika Ward will also be severely damaged by an earthquake directly below the Tokyo metropolitan area, which is likely to occur in the future.
Disaster agreements with Katsushika Ward, Edogawa Ward, and Adachi Ward adjacent to the Arakawa River
Hummingbird Co., Ltd. is the third ward in Tokyo to conclude a disaster agreement with Katsushika Ward, following Adachi Ward and Edogawa Ward.
In Adachi, Katsushika, and Edogawa wards, the Arakawa River flows on the left side of the wards.
If the Arakawa River overflows, most of the three municipalities are expected to be flooded, and in the worst case, 540,000 people are expected to be isolated.
When rivers overflow and transportation is blocked by landslides, etc., it becomes extremely difficult to grasp the extent of the damage with the human eye.
Therefore, it is necessary to use drones from the sky to grasp the situation more accurately.
This time, by concluding a disaster agreement in the three wards, it became possible to quickly grasp the situation in the three sections east of Arakawa.
[Image 2 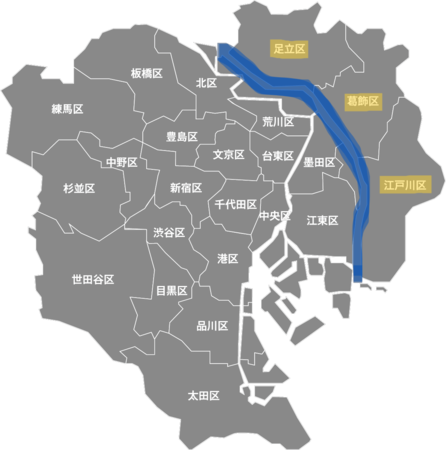 Agreement on Information Collection by Unmanned Aerial Vehicles With the conclusion of the agreement with Katsushika Ward, we have established a system that can quickly conduct situation surveys using drones in the event of a disaster.
The points of the disaster agreement are as follows.
■ If damage occurs in Katsushika Ward due to an earthquake, storm, flood, or other disaster, we will request the cooperation of Hummingbird Co., Ltd., and the company’s pilot will use the company’s unmanned aerial vehicle (drone) to investigate the damage situation. do.
■ By using drones, it is possible to survey dangerous places where people cannot enter, such as bridges, high places, and rivers. ■ In the event of a disaster such as an earthquake, it is expected that the entire city will be severely damaged. Damage surveys using multiple drones will facilitate a smooth understanding of the extent of damage.
[Image 3 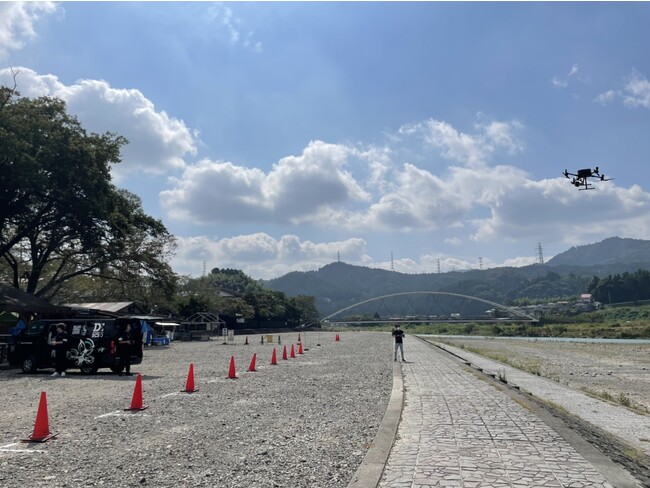 About Hummingbird Co., Ltd. (Drone School Tokyo)
Hummingbird was established for the purpose of providing
state-of-the-art technology and services to businesses and
individuals, shaping the infinite possibilities of the drone business, and contributing to industrial development by cultivating excellent human resources.
“Drone School Odaiba Main School” was opened in November 2018 as the first drone school in a commercial facility in Japan.
“Drone School Shibuya” will open in April 2020, and “Drone School Shinjuku” will open on the 6th floor of Shinjuku Marui Men in July 2021. From November 2022, “Drone School Yokohama” Momo has newly opened.
At the school, instructors not only provide one-on-one support for piloting skills, but also Japan’s first virtual reality (VR) piloting training.
We have 12 instructors with professional qualifications, and in addition to running a drone school, we are good at aerial photography and inspection work using drones.
Since our founding, we have extensive experience and know-how in inspection services for commercial buildings, condominiums, and houses in and around Tokyo.
[Image 4 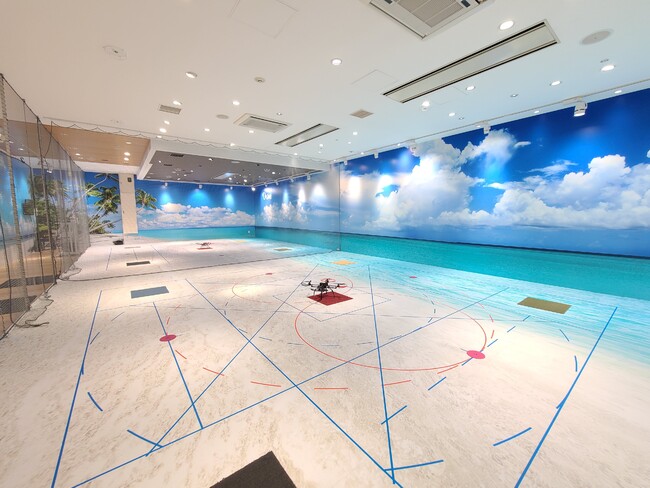 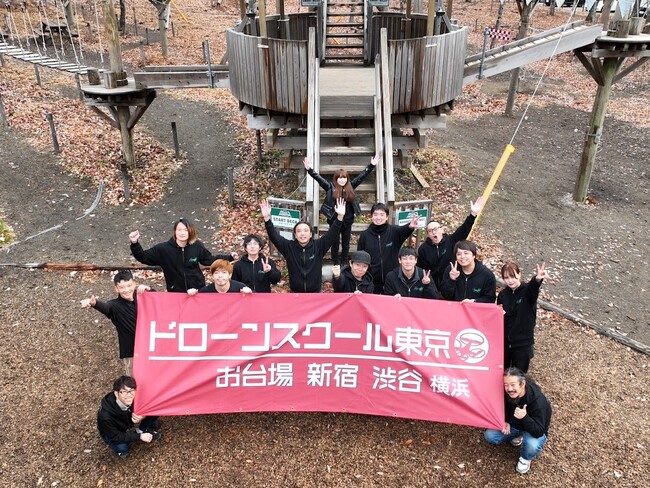 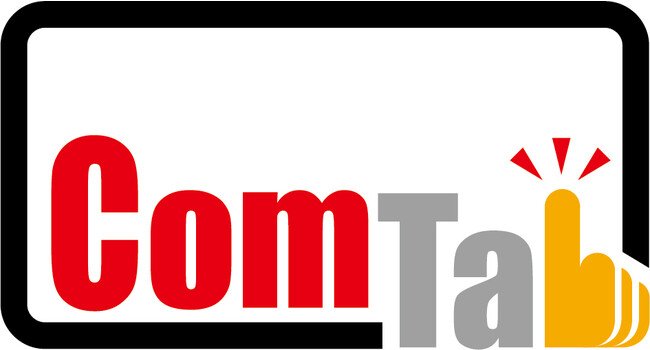 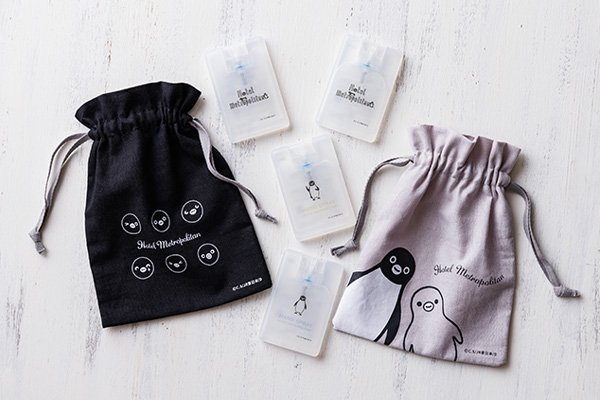