Impress Holdings Co., Ltd.
To All Adult Guitarists Who Wanted to Be Guitar Heroes Back in the Day Guitar Magazine Laid Back Vol.

Ritto Music Co., Ltd. (Headquarters: Chiyoda-ku, Tokyo, President: Daisuke Matsumoto), which handles music-related publishing business in the Impress Group, will release “Guitar Magazine Laidback No. 11” on November 14, 2022. will be released on
What is Laidback?
It means loose or relaxed. It has the meaning that adult guitarists should stop playing the guitar and play the guitar slowly and happily. [Planning purpose]
The 11th edition of the new guitar magazine for adult guitarists who want to play the guitar loosely!
This is the 11th installment of the new guitar magazine “Guitar Magazine Laidback” for adults who started guitar in the good old days. With a nostalgic perspective, we will once again explore the charm of the guitar by spotlighting nostalgic guitar heroes that everyone admired, memorable famous instruments, and famous performances that failed to copy at the time. Whether you’re an active father guitarist or someone who has put away their guitar in the closet, why don’t you try playing the guitar with us again with the laid-back feeling? Enjoy your second life with a guitar.
Guitar Magazine Laidback #11
[CONTENTS]
◎Cover/Introductory Interview Everyone grew up with a guitar Rina Komiyama
Featured on the front cover is Rina Komiyama, an actress and model who has attracted attention in the movie “Yakuza and Family”, Panasonic commercials, dance vocal group MISS MERCY, etc.
[Image 2

◎Special Feature 1
So we play guitar solos
It is said that recent hit songs have shorter and shorter intros. Songs that cannot be heard immediately are skipped. Furthermore, I hear that more and more people are skipping when it comes to the guitar solo that interrupts the song. However, such rumors are irrelevant to the laid-back generation. We’re all too familiar with the power, charm, and ear-hugging magic of a guitar solo. “Stairway to Heaven”, “Hotel California”, “Highway Star”… It’s impossible to separate the guitar solo and just listen to the song. A wonderful world of guitar solos that can’t be skipped that continues to shake the hearts of the laid-back generation. Now is the time to immerse yourself in it.
[Image 3

◎Special feature 2
Video linked! I want you to rediscover the appeal of phasers Before the advent of multi-effects, single effects were mainly distortions such as overdrive and distortion, followed by wah, chorus and delay. Other effectors have a strong perception of being sober or projectile, and the representative one among them was the phaser. However, the phaser is commonly used in famous performances that are familiar to us, such as the guitar solos of the Eagles “Hotel California” and Queen “Killer Queen”. We would like you to rediscover the charm of such a phaser by introducing the famous performances and comparing the playing of 15 models that are compatible with videos. [Image 4

◎Laidback report
Nostalgic! microcosm of concert tickets
When the laid-back generation was young, concert tickets were lovable, elaborately designed for each artist. Since the mid-1980s, however, it has become a unified design with only rugged typefaces, and it has become completely unattractive. So, in this report, I collected a lot of nostalgic tickets. Various information such as performers, dates, venues, prices, promoter names, band members, tour titles, etc. are packed into it, forming a single microcosm. I want you to look at such a ticket in every corner and think about that venue on that day. I’m sure there will be big discoveries.
[Image 6

◎Laidback Seminar 1
Useful Scale Practice for Blues Rock – Dorian Scale
When the laid-back generation woke up to the guitar and were sensitive to it, let’s re-work on the scale practice that you probably did a lot and train your guitar playing skills once again! This time, a durian scale that can create ever-changing phrases.
◎Laidback Seminar 2
The truth of the “true story” about the guitar
Part 1: “True story” about string tension
If you’ve been playing guitar for a long time, you’ll hear stories about guitars that may or may not be true. It is said that the strings revive when boiled, that it is better not to loosen the strings after playing, and that the tension of the strings increases when the head is angled. Are these real? We will examine such a “true story” that guitarists may have mistakenly assumed.
[Image 7 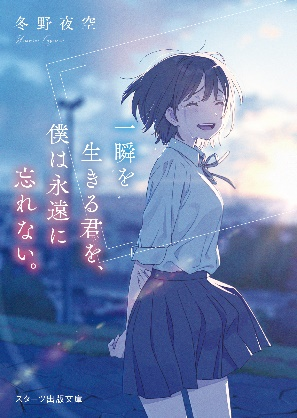