Book Live Co., Ltd.
In commemoration of the limited-time participation in the robot war manga “Break Blade” game app “Super Robot Taisen DD”, which has exceeded 4 million copies, a free distribution campaign for volumes 1 to 3 will be held at each e-book store.
~ November 20th (Sun) Yunosuke Yoshinaga’s first art book “THE ART OF BREAK BLADE” will be distributed ~

BookLive Co., Ltd. (Headquarters: Minato-ku, Tokyo, President: Tadashi Awano, hereinafter “our company”) is a popular manga “Break Blade” of the web comic site “COMIC Meteor” operated by group company Flex Comics Co., Ltd. ] (Author: Yunosuke Yoshinaga) will participate in the smartphone game app “ Super Robot Wars DD ” provided by Bandai Namco Entertainment for a limited time. Live” and other electronic bookstores will hold a free distribution campaign for Volumes 1 to 3 of “Break Blade” for a limited time from Sunday, November 20th. In addition, from November 20th, the first art book by Yunosuke Yoshinaga, the author of “Break Blade”, will be distributed as an e-book.
[Image 1 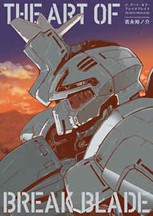 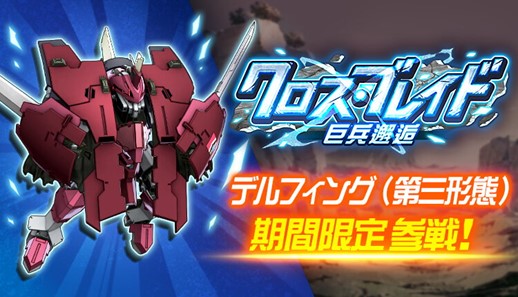 In addition, to commemorate the addition of the limited-time participation event “Cross Blade”, we will hold a limited-time login bonus where you can receive D-Crystals and Spirit Command Books. Please check the details in the app.
[Two campaigns are being held to commemorate the limited participation in the Super Robot Wars DD of “Break Blade”]
1. Paper book version “Break Blade” original book volume 1 to 20 set Gift campaign You can apply by following the official Twitter of Spa Robo DD and RTing the PV post.
Three people will be selected by lottery and will receive a set of the original book volume 1 to 20 (all volumes) of the paper version of “Break Blade”.
[Implementation period] November 18, 2022 (Friday) to November 25, 2022 (Friday) 23:59
2. “Break Blade” original author Yunosuke Yoshinaga signature colored paper gift campaign
You can apply by following the official Twitter of Super Robo DD and posting with the hashtag #Participating in Spa Robo DD Break Blade. Three people will be selected by lottery and will receive a colored paper signed by Mr. Yunosuke Yoshinaga, the original author of “Break Blade”.
[Implementation period] November 21, 2022 (Monday) to November 28, 2022 (Monday) 23:59
* For details, please check the “Super Robot Wars DD” official Twitter (@srw_dd_pr).
■ About the manga “Break Blade”
“Break Blade” is a robot war chronicle by Yunosuke Yoshinaga, which has been serialized since 2006. An action manga depicting wars between nations and battles that make full use of “Magic Giant Soldiers = Golems” in a world where people are born with “magical power” as their power source. It was made into a theatrical animation in 2010 and 2011, and a TV animation in 2014. On October 12, 2022 (Wednesday), the 19th volume of the book and the 20th volume, which will be the final volume, will be released, ending the 16-year serialization.
■ About the smartphone game app “Super Robot Wars DD”
“Super Robot Wars” is a simulation RPG in which robots that have appeared in various animations meet together across the boundaries of the work and fight against a common enemy.
More than 90 titles have been released so far, and 2021 marks the 30th anniversary of the series.
And the latest smartphone app “Super Robot Wars DD” is a familiar simulation RPG from the home title “Super Robot Wars” series. A new form of “Super Robot Wars” that has been optimized for easy and casual play with powerful robot battle animations and a crossover story that interweaves a large number of participating works. [Download URL]
・App Store
https://apps.apple.com/jp/app/id1443710980
・Google Play
https://play.google.com/store/apps/details?id=com.bandainamcoent.srwdd_jp [“Super Robot Wars DD” Official Twitter]
https://twitter.com/srw_dd_pr