From 12:00 on Saturday, November 19, 2022, on the Peace and After official site, the world-famous Japanese incense brand “KUUMBA INTERNATIONAL” with the concept of all handmade. , will start handling stick incense in collaboration with Mike Shinoda, the vocalist of LINKIN PARK, a rock band that is extremely popular around the world. [About the product]
[Image 2

The package of this collaboration item, which was launched as the 2022 Winter Collection at the Mike Shinoda Store, has an original design with a matte red coloring and debossed illustrations drawn by Mike. The scent of the incense adopts “NAGCHAMPA”, which is the scent that Mike actually uses in the studio. An oriental flavor characterized by the scent of Nag flowers. Regular size, 15 pieces. 2970 yen including tax.
[Sales destination]
Peace and After Official Online Shop: https://peaceandafter.jp MIKE SHINODA STORE: https://store.mikeshinoda.com
[Peace and After]
・Instagram: @peaceandafter
・Twitter: @peace_and_after
About Peace and After
A creative team that mixes the different histories and cultures of the east and west, centered on street culture, and the brands they work on.
The slightly distorted image of Japan depicted in foreign movies is sublimated into a pop and sophisticated design through the brand’s filter.
[Mike Shinoda]
・Instagram: @m_shinoda
About Mike Shinoda
Born and raised in a Japanese-American family, he is now a musician as well as an entrepreneur and visual artist. He received a BA in Illustration from the Art Center College of Design in 1998 and an Honorary Doctorate in Humanities in 2009. Started activities as Linkin Park in college, and gained overwhelming popularity, selling more than 55 million albums worldwide. The band has won numerous awards, including MTV Awards, Grammy Awards, Echo Awards, and the United Nations Global Leadership Award. In addition to his career with Linkin Park, he has worked on many projects and participated in numerous charities, including establishing a scholarship program for his alma mater.
[Image 4

[KUUMBA INTERNATIONAL]
・Instagram: @kuumbainternational
About KUUMBA INTERNATIONAL
An incense brand founded in 1993 that creates fragrances while designing them, which is highly praised as one of the top class in the world. It goes well with street culture and fashion, and has collaborated with many brands so far. The incense produced by KUUMBA is hand-produced one by one using carefully selected materials. It also contains raw materials used in aromatherapy, so it has a relaxing effect and proposes a soft and comfortable scent. It is also environmentally friendly as it does not use combustibles.
Details about this release:
https://prtimes.jp/main/html/rd/p/000000012.000089106.html 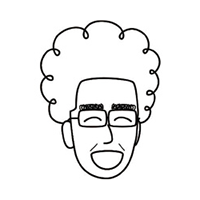