Film director Hemant Singh
Depicts a chaotic world created by a girl with a scar on her face. An Indian Film Director Aims for the World with Japanese Films, Starting Crowdfunding for the Completion of the Movie “WASABI not a Fair Tale” Hemant Singh’s full-scale original screenplay human drama movie “Wasabi – Not a fairly tale” is in full swing! Aiming to exhibit and win awards at world-class film festivals

Movie “WASABI not a fairly tale” – A chaotic world caused by a girl with a scar on her face. A nerve-wracking, spine-tingling story is born! We are committed to producing high-quality films from Japan and raising awareness of Asian films in the global market. We have started crowdfunding to take the first step.
With a unique background as an Indian film director based in Tokyo, Hemant Singh is committed to raising awareness of Asian films in the global market by producing high-quality films from Japan. doing. To that end, we need to complete the best films and aim to exhibit and win prizes at world-class film festivals. In order to realize this, we started crowdfunding on “MotionGallery” from November 22, 2022. MotionGallery project page
https://motion-gallery.net/projects/wasabi_not-a-fairy-tale
[Video 3: https://prtimes.jp/api/movieim.php?url=www.youtube.com/watch?v=pOeO3D-KRAE]

■Overview of Crowdfunding
At the moment, our goal is to “complete the best film, submit it to world-class film festivals, and win awards.” In this project, I would like to focus on “complete the best movie”. First of all, the goal of this project is to complete the main body (the material of the movie itself).
Project name: “Wasabi” – A chaotic world created by a girl with a scar on her face. A nerve-wracking, spine-tingling story is born! Project page: https://motion-gallery.net/projects/wasabi_not-a-fairy-tale Implementation period: November 22, 2022 9:00 to March 20, 2023 23:59 Target amount: 4 million yen
use of funds
visual effects
curry grading
edit
Filming completed (95% filming already completed)
Please refer to the project page above for the details of the return. ■ About the movie
[Image 1 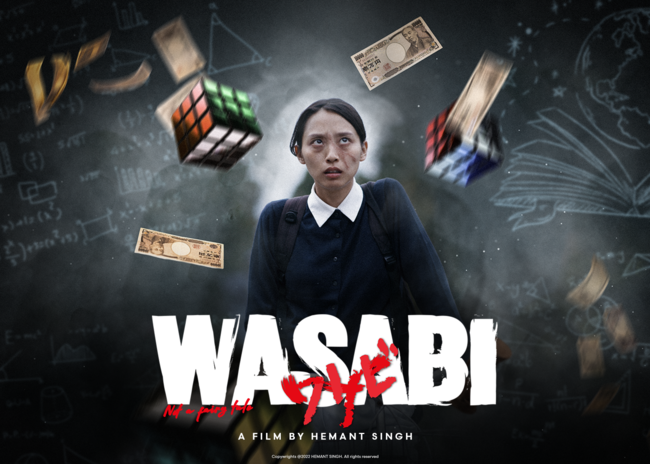 main image
This work is a human drama in which a girl who has been deeply hurt by bullying, hate, and violence is helped by the existence of her friends and grows up.
In India, the film powerhouse, he studied at a major media company that produces blockbusters in India and Hollywood, and worked as a video producer in Japan to produce global events such as major OTTs such as Netflix and Amazon and international sports competitions. The first feature-length film by Hemant Singh, who is active in many fields such as being involved in
The starring actress/director/screenwriter/singer/theater teacher Juri Koike, who is multi-talented. Her representative work as an actress is the role of the heroine in “MANRIKI” produced by Takumi Saito and Nagano Kikaku (Director: Yasuhiko Shimizu). In addition, a variety of cast members such as Honoka Kawabe, who is currently appearing on the Summers channel (YouTube channel), will play the hero’s friend, and Kohei Mashiba, who has appeared in many movies including the Hollywood movie “Silence”, will play the villain. It’s becoming
Director Hemant Singh
[Image 2 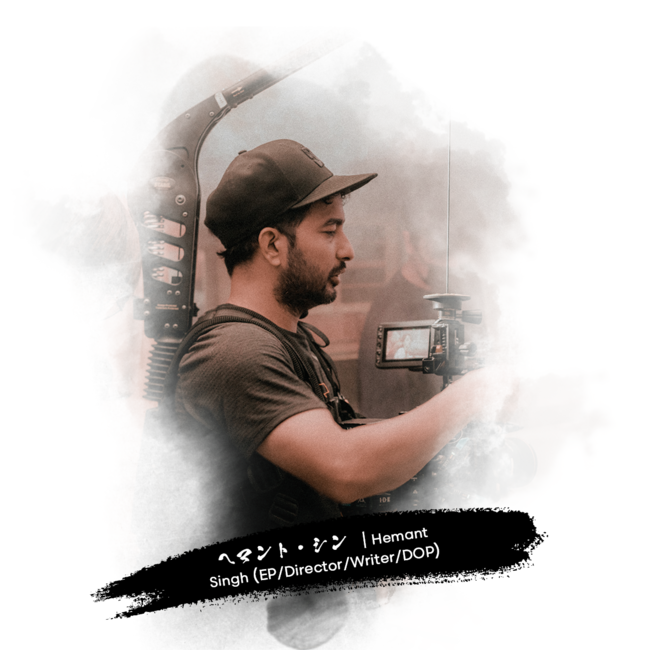 Directed by Hemant Singh
An Indian filmmaker based in Tokyo. We are committed to creating meaningful films. This movie will be his first directing and shooting work, but it has a finish that allows you to feel the hard work that oozes blood and sweat. With no experience in film school or film production training, he acquired the knowledge and skills of film production on his own through daily efforts and on-site work. Website: https://hemantsinghworld.com
Starring Juri Koike
[Image 3 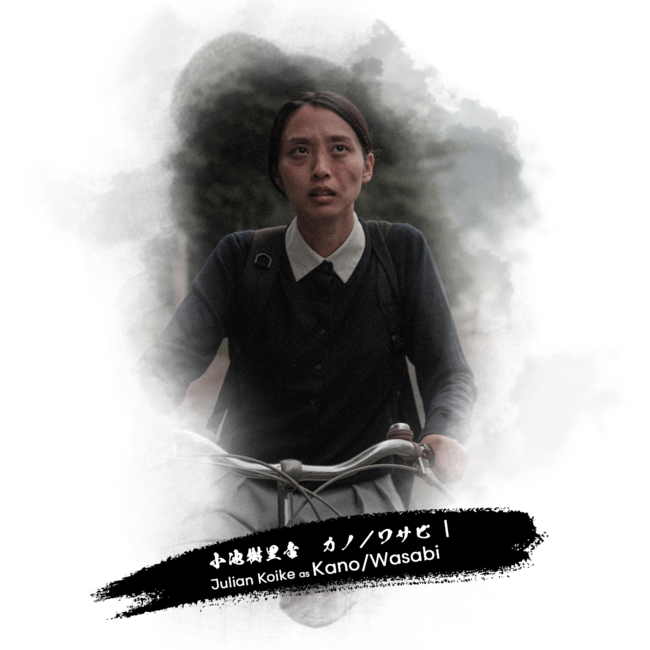 Jurina Koike
Active as an actress/director/screenwriter/singer/theatre teacher. With a background in Japan and the Philippines. Major appearances in movies such as “MANRIKI” and “Kichijoji Go Go”. Most recently, he worked as a planner/writer/director/star in the movie “Sampaguita”. In this work, he not only supervises the main character but also supervises the script and supports the production.
cast
Juri Koike / Keisuke Nomura / Yuta Inoue / Honoka Kawabe / Miho Fujiwara / Kohei Mashiba / Kei Ichimura and others
■ Message from the Director
[Video 4: https://prtimes.jp/api/movieim.php?url=www.youtube.com/watch?v=4iRZBcUAIPc] The purpose of this work is to find out who has the opposite elements of hate and kindness, and the magnitude of the impact these two have on people and society, but kindness is what we are. It’s about telling your audience that it’s essential to everything. A seemingly harmless remark or action can have a destructive effect on some people. In this movie, by depicting the life of the main character, Kano, who is bullied because she was born with a scar on her face, the impact is dynamically conveyed.
The seriousness of Kano’s emotional scars brought about by bullying and social estrangement, and the ending of how Kano’s life was guided by a little bit of kindness – although it may not be possible to change the world. I hope that it will inspire you, me, or even just one person to think about the importance of Kindness, and that it will help reduce the amount of hate in the world – just like Gandhi said -. “Be the change you wish to see”
Details about this release:
https://prtimes.jp/main/html/rd/p/000000001.000112219.html