On November 19, 2022 (Saturday), ITO EN Co., Ltd. welcomed track and field sprinter Yoshihide Kiryu and boxer Ryota Murata as guests and held the “Kiryu and Murata Online Sports Class”.
This sports class was delivered as a prize for the healthy mineral barley tea “Kiryu and Murata online sports class” campaign. Through this campaign, we conveyed the importance of replenishing the water and minerals contained in sweat that are lost when the body is healthy, as a brand that supports customers’ health promotion. We recommend drinking “Kenko Mineral Mugicha” as a sugar-free sports drink for sports.
[Image 1

Lectures on training to train the buttocks and hamstrings, which are difficult to use on a daily basis.
After standing on one leg for 20 seconds, close your eyes and hold for 5 seconds. Strengthen your core and sense of balance.
Kiryu said to Murata, who was training with him, “Isn’t it easy enough?”, but Murata had a grim expression. Catch your breath and comment, “By closing your eyes and keeping your posture, you can focus on the sensations of your body, so you can see which muscles you are using.” Continuing, he cared about the viewers, saying, “If you can’t do it too much, you can do it.”
■ “Boxing class” by Murata
[Image 3

Beginning with instruction on how to hold, lectures on “jab”, “straight” and “one-two”. “By twisting your body, boxing naturally tightens your stomach, so I hope you enjoy practicing it,” he said to the viewers.
In addition, as daily training, “Sit Down”, which lowers the abdominal muscles in five stages from the normal raised position, “Push Up”, which is a push-up, and raises using the shoulder blades, squats, etc. Practical explanation of the movement that “does not hurt and works safely”.
■ Kiryu hits the mitt with Murata!?
In the boxing class taught by Murata, there was a scene where you could see Murata hitting the mitt. The venue and viewers were overwhelmed by Murata’s sharp eyes and the weight of his punches, as if he were aiming for his prey. Next, Kiryu also tried to hit the mitt against Murata. After receiving Kiryu’s punch, Murata’s tension soared, saying, “Good!” “Kiryu-kun has high instantaneous power, and his punches reach their maximum speed very quickly. Also, after the lesson, we were sweating, so we both drank “Kenko Mineral Barley Tea” to replenish water and minerals.
[Image 4

It has become cooler recently, but it is difficult to notice that the body is losing water due to the cooler weather, which may cause a lack of water and minerals in the body. On the day of the event, we recommended drinking “Kenko Mineral Mugicha,” which is recommended for replenishing the water and minerals lost through sweat, so that the participants could enjoy exercising in a healthy manner.
■ Kiryu answered the question, “What should I do to become strong in the actual event?”
“It’s not about winning or losing, it’s important that you give your best performance.”
[Image 6

During the Q&A session, a child who was able to run fast in practice but was unable to show his ability and win at the athletic meet asked, “What should I do to become stronger in the competition?”
Kiryu advises, “It’s not about winning or losing, it’s about being able to show your current ability. It’s important to think about whether or not you can put out your best performance instead of separating practice from the actual event.” did
■Murata answered the question, “How did you overcome your injuries?” “There are no athletes who have not been injured.
[Image 7

Next, in response to the question, “How did you overcome your injuries?” There are no athletes who are unhappy, so don’t think that you are the only one unhappy.” Furthermore, Mr. Murata, who has reached the world champion, sent words with weight, saying, “Don’t follow the methodology you’ve seen and heard, just do your best at what you have to do.”
■ Guest profile introduction
Yoshihide Kiryu
Affiliation: Nippon Life
2016 Rio de Janeiro Olympics
Won a silver medal in the 4x100m relay.
Established a time of 9.98 seconds, the first time for a Japanese 100m runner to reach the 9-second mark.
Ryota Murata
Affiliation: Teiken Boxing Gym
2012 London Olympic middleweight gold medalist.
Former WBA world middleweight super champion. 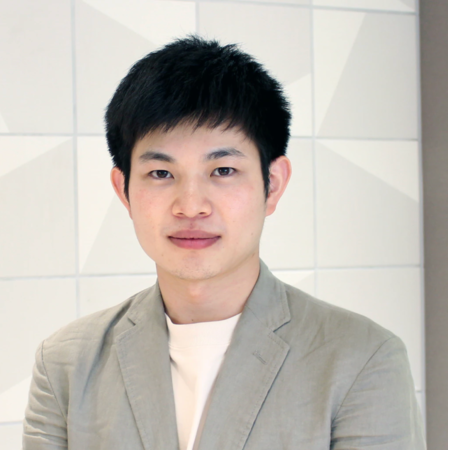