Japan Committee for UNICEF
Children crossing the Darien Isthmus hit record high of 32,500 in 10 months, half under 5 years old [Press Release]
Walking through the jungle towards the United States 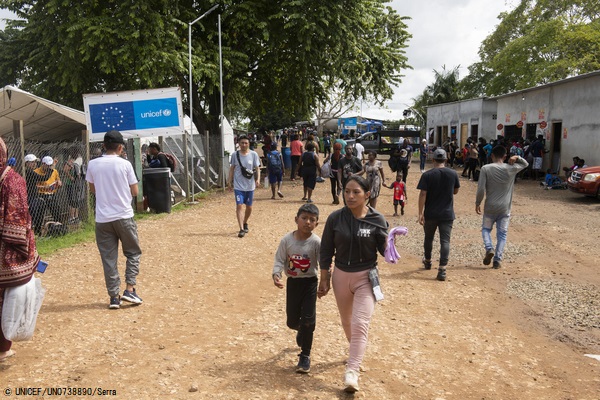 People arrive at a migrant reception center near the Panama-Colombia border. A Panamanian agency supported by the United Nations is providing health care and other assistance to migrants heading to North America. (Panama, taken on November 18, 2022) (C)
UNICEF_UN0738890_Serra
[From Panama City/New York on November 19, 2022]
A record number of migrant children have crossed the dangerous Darien Gap that separates Colombia from Panama since the beginning of the year, UNICEF warned today. rice field.
* * * *
From January to October this year, 32,488 children crossed the Darien Isthmus to the United States. This is already 10% higher than the annual number for 2021. Additionally, a record estimated 900 unaccompanied children will cross the isthmus in 2022, four times the number from the previous year.
Each one comes across with great hardships. During a day’s walk through the jungle, migrant children and their families are exposed to many forms of violence, including sexual abuse, human trafficking, exploitation, lack of safe water and food, insect bites, and wildlife. They are also hit by raids, flooding of rivers, and more. Children under the age of five, who make up about 50% of children, are particularly vulnerable to diarrhea, dehydration and other infections. Additionally, many children are at risk of being traumatized by the stress and dangers associated with this dangerous journey.
Hannan Sleeman, UNICEF Deputy Executive Director, who visited the Migrant Reception Center in Lajas Blancas, said: “Violence, poverty and the thirst for a better life are driving people to leave their homes with their children and face threats in harsh lands like the Darien Isthmus. But in Panama, like many other countries, the number of children of immigrants is soaring, and the demand for these services far exceeds the capacity to provide them. UNICEF urges all governments to take action to protect all migrant children, regardless of their country of origin, because their basic safety and well-being are at risk. Never be brought back to the situation where you are.” [Image 2 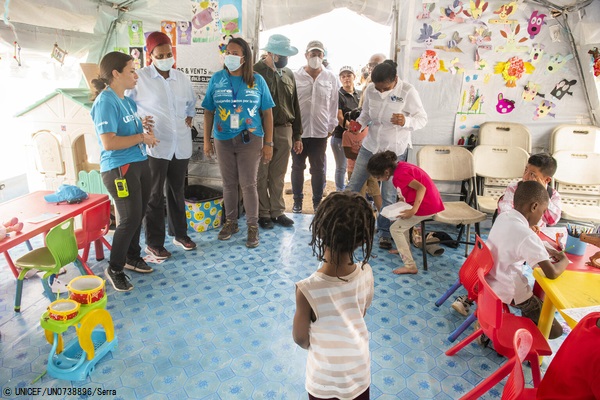 Children play in a child-friendly space set up by UNICEF at a migrant reception centre. (Panama, taken on November 18, 2022) (C)
UNICEF_UN0738896_Serra
With support from the European Union (EU) and the United States, and close collaboration with the Government of Panama and other partner institutions, UNICEF has expanded its operations from one reception center to five on the border of Colombia and Costa Rica and within Panama City. expanded to locations. These centers provide safe drinking water, hygiene products, psychosocial and health services to thousands of children and pregnant women on the move, as well as host communities struggling with extreme poverty.
From January to October 2022, approximately 211,355 migrants crossed the Darien Isthmus to their destinations. Children, who make up 15% of those on the move, have been deprived of education, health and nutrition services for months or years, and do not even have documentation to prove their identity.
“The increasing number of children crossing the Darien Gap is placing additional strain on local communities, organizations and humanitarian agencies. In response, we are calling for additional flexible funding,” said Deputy Executive Director Sleeman.
* * * *
■ About UNICEF
UNICEF (United Nations Children’s Fund) is a United Nations agency that works to promote the rights and healthy development of all children. Currently, in about 190 countries and regions*, we are cooperating with many partners and translating our philosophy into concrete actions in various ways. We work for all children,
everywhere, with a particular focus on helping the most vulnerable children. UNICEF’s activities are funded entirely by donations from individuals, companies and organizations, and voluntary contributions from governments. https://www.unicef.or.jp/
*Includes 33 countries and regions where UNICEF National Committees (UNICEF Association) are active
■ About Japan Committee for UNICEF
The Japan Committee for UNICEF is one of the UNICEF National Committees in 33 industrialized countries and regions, and is the only private organization in Japan that represents UNICEF. advocacy). https://www.unicef.or.jp/
Details about this release:
https://prtimes.jp/main/html/rd/p/000002049.000005176.html 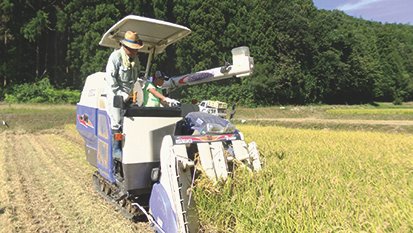