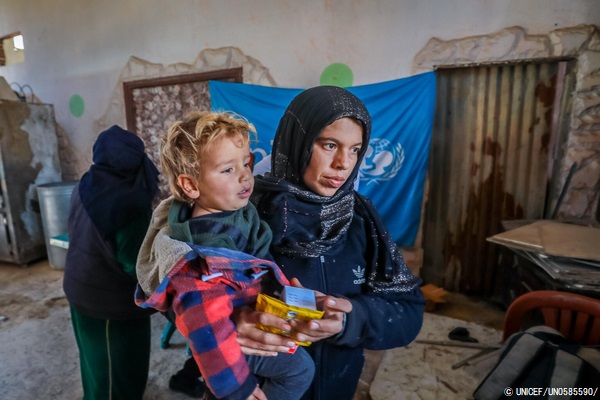 A mother receives medication for her child’s diarrhea at a
UNICEF-supported mobile clinic in Hasaka refugee camp. Violence continues in the northeast, creating an urgent need for child protection. (Syria, January 2022) (C) UNICEF_UN0585590_
[From Amman (Jordan) on November 18, 2022]
November 20th is World Children’s Day. It is also the day the Convention on the Rights of the Child (Convention on the Rights of the Child) was adopted, which sets out universal standards that all countries should uphold. The principles of the Convention include non-discrimination, the “best interest of the child” in dealing with children, the ability of children to express their opinions and, above all, the “right to life” that children are born with. There is * * * *
As World Children’s Day approaches, children in the Middle East and North Africa region face a further increase in violence. Nearly 580 children have been killed in conflict and violence so far this year in several countries in the region, with an average of more than 10 children dying each week. increase. More children are injured. This is an unacceptable reality.
In countries such as Iran, Iraq, Libya, Sudan, Syria, Yemen, and in areas of Israeli-Palestinian conflict, protracted conflicts, ethnic armed conflicts, explosives and remnants of war, and political and social unrest have left children at risk. It continues to make a huge impact.
Just this week, two girls were found brutally murdered in Al-Hol refugee camp in northern Syria. This is just the latest example of horrific violence taking place in this camp. In Yemen, a UN-backed ceasefire has calmed the conflict and significantly reduced the number of casualties, but the ceasefire expired in October and children continue to be exposed to the fighting. In Sudan, conflicts in the Blue Nile and West Kordofan states are once again exposing children to vulnerability and violence.
[Image 2 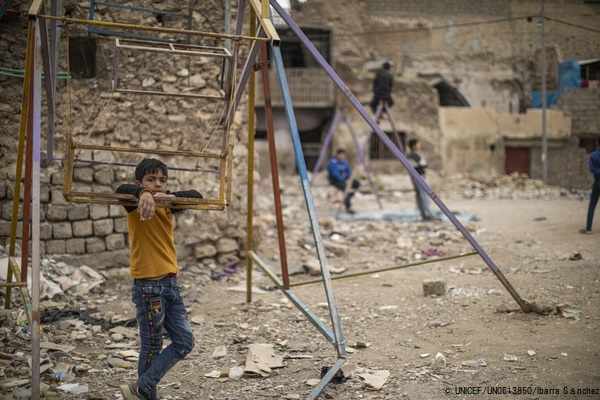 Children play in a park near war-torn buildings in the Old City of Mosul. (Iraq, March 2022) (C) UNICEF_UN0613850_Ibarra Sanchez UNICEF continues to be deeply concerned by reports of children being killed, injured or detained in Iran. Although there is no official data, an estimated 50 children have died in civil unrest in Iran since late September. In the latest case, 10-year-old Kiyan was shot dead while he was in a car with his family. This is terrifying and must be stopped.
Earlier this week, a 14-year-old girl was killed near Ramallah, Palestine. This brings the number of children killed in conflict and violence in Palestine to 49 this year. In Libya, at least three children were killed in riots in Tripoli earlier this year. Meanwhile, in Iraq, explosives used in past conflicts continue to endanger the lives of children, with 65 children killed or injured so far this year.
UNICEF warns that children continue to pay a heavy price for violence and conflict. States parties to the Convention on the Rights of the Child have an obligation to protect children in situations of conflict and violence, and to guarantee their right to life and freedom of expression.
The right of children to be protected from violence must be upheld by all parties to the conflict at all times. Violence is never the solution and violence against children can never be defended. Notes:
The Convention on the Rights of the Child is the most ratified human rights treaty in history. Over the past 33 years, 196 countries have become Parties to the Convention.
World Children’s Day is a global day of action by children for children, promoted by UNICEF. Celebrated on November 20 every year on the anniversary of the adoption of the Convention on the Rights of the Child (CRC), the day raises awareness of the millions of children who are denied their rights and It aims to enhance the voices of children and young people who are essential to the debate about their future. * * * *
■ About UNICEF
UNICEF (United Nations Children’s Fund) is a United Nations agency that works to promote the rights and healthy development of all children. Currently, in about 190 countries and regions*, we are cooperating with many partners and translating our philosophy into concrete actions in various ways. We work for all children,
everywhere, with a particular focus on helping the most vulnerable children. UNICEF’s activities are funded entirely by donations from individuals, companies, and organizations, as well as voluntary contributions from governments. https://www.unicef.or.jp/
*Includes 33 countries and regions where UNICEF National Committees (UNICEF Association) are active
■ About Japan Committee for UNICEF
The Japan Committee for UNICEF is one of the UNICEF National Committees in 33 industrialized countries and regions, and is the only private organization in Japan that represents UNICEF. advocacy). https://www.unicef.or.jp/
Details about this release:
https://prtimes.jp/main/html/rd/p/000002048.000005176.html 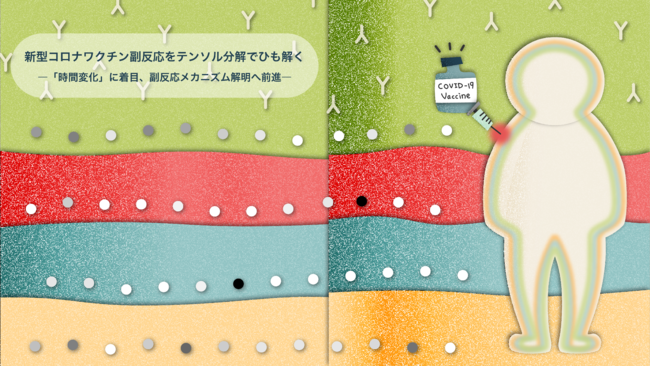 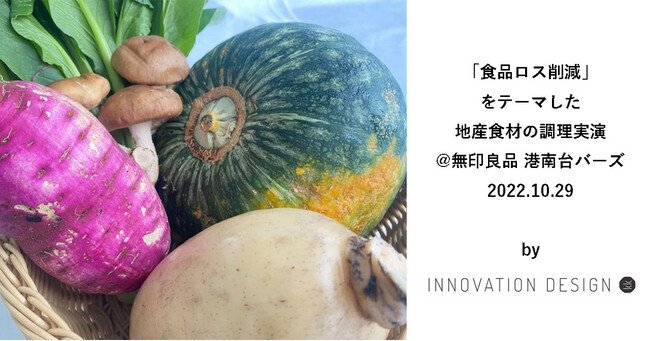