As part of the SAMURAI BLUE (Japan national soccer team) support project “New scenery 2022”, soccer teams all over the country participated in the “Let’s send a support message to the SAMURAI BLUE ~Origami Project/National Bus Caravan~” which was held for about two months from September. Messages gathered from the family became “ema” to pray for victory, and the ema was delivered to the players by two winners of the SNS project “#Tsunagoge Campaign”, which also started in September.
In addition, “Sustainable Supporters” will be implemented as another participatory support project by soccer families.
■■ Held a presentation ceremony for “Origami Ema” with the support of supporters ■■
The “Origami Ema” was created by folding origami papers with more than 20,000 messages of support written on them from all over Japan and embedding them in a wooden frame. The thoughts of the football family praying for the team’s good fight are put into the ema, and it further encourages the challenge of new scenery (= best 8 or better). Captain Maya Yoshida, who received the ema at the presentation ceremony held at the SAMURAI BLUE practice venue in Doha, Qatar on the 21st, said, “I will do my best from the first match so that I can see the new scenery together with the fans and supporters. I would like to. Let’s fight together.”
[Image 1 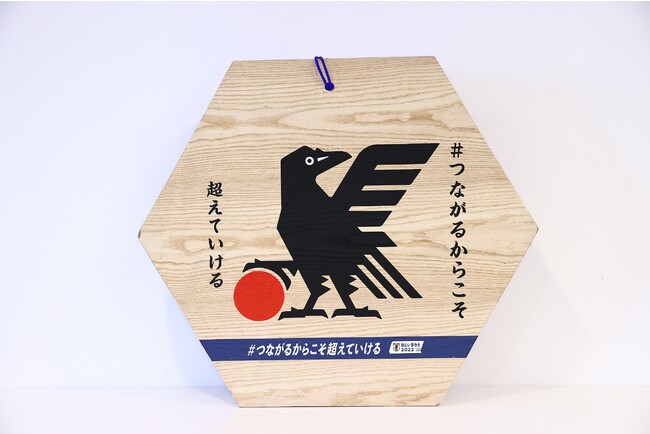 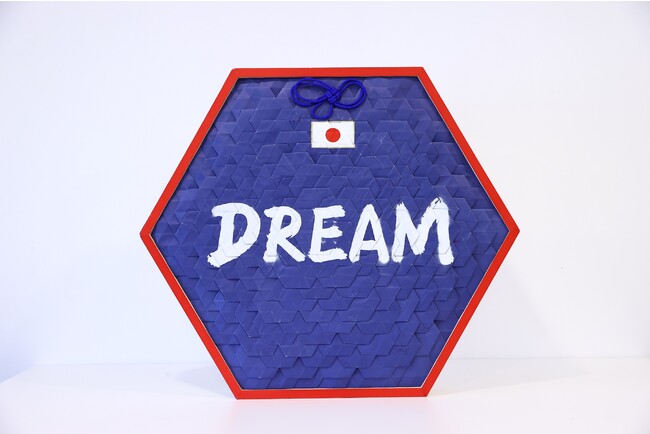 ─ Winner’s comments Naruka Ishida and Yoko
I am relieved to be able to safely deliver the messages of support that have arrived from all over Japan to the players. The players are very happy, and seeing each and every one of them’s bright smiles makes me immersed in the greatest emotion. I was touched by Director Moriyasu’s wonderful personality, and I realized that good teamwork is built on trust with the manager. My feelings to support SAMURAI BLUE became even stronger. Thank you very much for giving me such a dreamy opportunity.
[Image 3

■■Sustainable Supporters” launched, 8000 plastic bags sent to Qatar■■ In addition, “Sustainable Supporters” will be implemented as another participatory support project by soccer families. While incorporating the opinions of our supporters, we produced a blue plastic bag with environmentally friendly materials. These plastic bags will be handed over to the supporters who support the SAMURAI BLUE matches at the stadium, and will be used for dyeing the stands in Samurai blue and cleaning activities after the match.
[Image 4 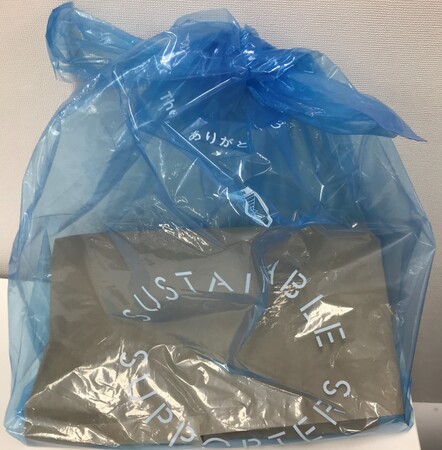 [What is Sustainable Supporters]
If temperatures continue to rise, some stadiums will sink under the sea. There are cities where the heat makes it impossible to play during the day. It is an initiative to be conscious of the future global environment without taking the environment where soccer can be played for granted. As one of the environmental initiatives in “Aspas!”, which JFA is working with the football family, we will continue to evolve the form of support in a sustainable manner. ●Effort 1: Origami
The origami paper that was made to write messages in the “Let’s send a message of support to the SAMURAI BLUE ~ Origami Project” is recycled paper made from paper waste discharged from various JFA projects, including the Japan national team. The “Origami Ema” and the “Message Board” delivered to the team on the 16th are also made of this origami.
●Effort 2: Plastic bags
Plastic bags are made from recycled materials that are friendly to the environment.
The plastic bag itself has a handle so that it is easy to take home, and the color is blue to dye the stadium Samurai blue and inspire the team. In addition, we express our gratitude to all people involved in football, including the team, referees, staff and volunteers who support the tournament, and put “thank you” in three languages: Arabic, English, and Japanese.
We listened to the opinions and requests of our supporters regarding the shape, color, size, and design of the bag, and proceeded with the production while discussing them. About 8,000 plastic bags will be handed over to supporters at Qatar match venues.
The cleaning activities at the stadium are voluntarily carried out by the supporters. The JFA sympathizes with this activity as part of Japanese customs and culture of cleaning, and supports the efforts of all supporters through this project, with the hope that by picking up a plastic bag, the circle will spread even a little. To do.
-reference-
Let’s send messages of support to the SAMURAI BLUE ~Origami
Project/National Bus Caravan~ Report Messages of support from soccer families across the country have been delivered to the locker rooms of the players preparing for the Canadian national team match
https://www.jfa.jp/samuraiblue/news/00031001/
Details about this release:
https://prtimes.jp/main/html/rd/p/000000094.000041844.html 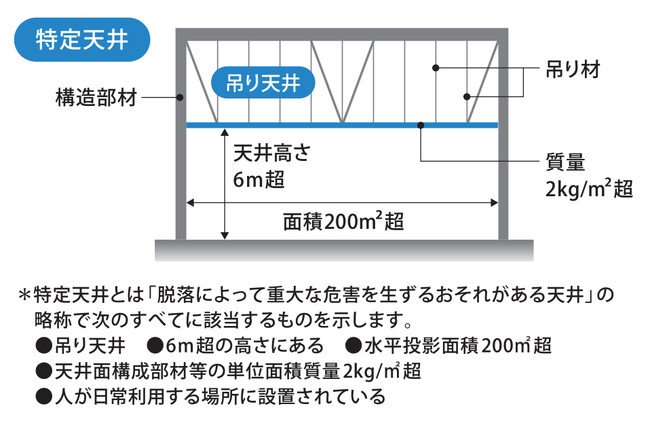