The Fujiwara Opera Company, which has the longest history in Japan, performing performances centered on Italian opera, and the Valle d’Itria Music Festival, which boasts tradition and formality in Italy, have partnered to nurture young people who will lead the next generation of opera. The Bel Canto Opera Festival in Japan will be held again this year, aiming for new creations.
[Image 2

Every year, this festival invites singers who are active in Europe, the home of opera, to create high-level opera performances and concerts together with young Japanese singers. This year, from January 7th to January 22nd, 6 projects will be held at 4 venues centering on Teatro Giglio Showa. One of the most notable performances this year is G. Rossini’s opera “Otello” starring John Osborne. Internationally, there are few tenors who can sing the role of Otello. was realized with wonderful artists, including tenor singer John Osborne, who brilliantly overcomes the difficult problem.
[Image 3

John Osborne, who plays Otello, is a tenor singer who has been acclaimed in theaters around the world. Leonor Bonigia, who plays the role of Desdemona, led the Japanese premiere of “Francesca da Rimini” composed by S. Mercadante to great success at the 1st Belcanto Festival in Japan. In addition, it continues to receive acclaim in theaters around the world. The gentle enveloping voice will surely captivate the Japanese audience. Conductor Iván López-Reynoso and director Luis Ernesto Donhas, who have been remarkably active in Europe and the United States, will also be visiting Japan for the first time. Up-and-coming artists Michele Angelini, Antonio
Mandurillo, and Toni Nezichu will also be visiting Japan for the first time, and G. Rossini’s “Otello” will be performed with a cast of the highest international standards.
In addition, there will be a master class by Artistic Director Carmen Santoro, a bel canto concert where young singers and collépetitors will demonstrate their achievements, and an opera “Gianni in Paris” composed by G. Donizetti. ” will be performed. There will also be a “BOF Special Gala Concert” where invited singers and singers from the Fujiwara Opera will deliver gems of arias and choruses. “Symposium” where the artistic directors of the Valle d’Itria Music Festival talk about Rossini and opera seria. A majestic “Baroque Concert” presented by a world-famous countertenor and Japan’s top bel canto soprano will be performed.

baroque concert
■ Schedule: January 21, 2023 (Sat) 18:30 start
■ Venue: Iino Hall
■Ticket price: Non-reserved seat: 5,000 yen (tax included) Student ticket: 2,500 yen (tax included)
■ Appearance:
Ray Shenée (countertenor)
A countertenor who has appeared many times at the Metropolitan Opera and is attracting a lot of attention around the world.
Possessing a vast range of repertoire, she sings both high notes and passages brilliantly.
Akie Mitsuoka (Soprano)
The world of baroque music sung by the prima donna of the Fujiwara Opera Company. We will deliver a different moment from Bel Canto. ■ Songs
Composed by G.F. Handel: “In the Shade of the Trees” from the opera “Serse” Serse – Ombra mai fu
Composed by N. Porpora: Polifemo – Alto Giove “The Great Jupiter” from the opera “Polifemo”
Composed by N. Porpora: Duet from the opera “Mitridate” “I feel this joy” Mitridate – duetto La gioia ch’io sento, etc. 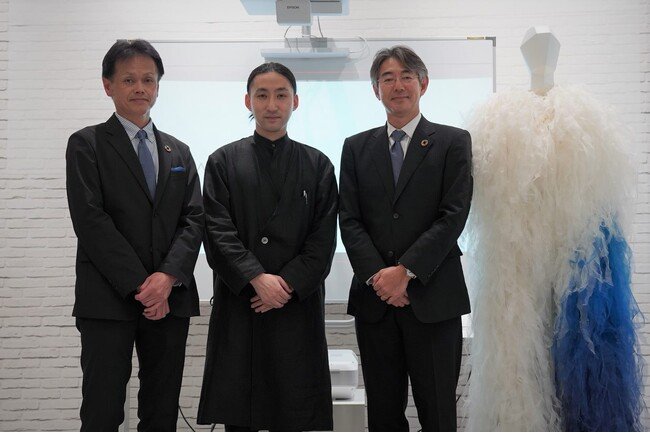