I-REC is an international renewable energy certificate issued in about 50 countries around the world and recognized by RE100 (Note 1) and CDP (Note 2). attributes can be proved.
Currently, the environmental value of electricity can be traded using non-fossil certificates issued by the government. However, non-fossil certificates cannot prove power attributes such as production areas. There is no mechanism in Japan to prove the location and type of renewable energy generated by the power plant.
Therefore, the Local Good Creation Support Organization, a general incorporated association, has been designated as an I-REC issuing body by The International REC Standard in order to perform third-party certification of the power source attributes that are widely used around the world, and from July 2021 We have conducted demonstrations for the introduction of I-REC in Japan.
We would like to inform you that we have issued the first I-REC in Japan for a demonstration project. Through I-REC, we will support the selection of renewable energy by consumers and promote renewable energy that coexists with local communities.
[Image 1

Figure Three values ​​associated with electricity in Japan and methods of third-party certification (in the case of grid electricity) ■ What you can do with I-REC
・With I-REC, it is possible to certify power source attributes such as the place of origin of electricity and the type of power source. ・For this reason, electricity retailers can propose that the electricity to be supplied is renewable energy with regional symbiosis and additionality (Note 3) while ensuring reliability through I-REC. ・In addition, since the power source is specified by I-REC, consumers can safely select electricity that they want to support, such as power plants that contribute to the region.
■ Demonstration projects that issued I-REC (table below)
[Image 2

* Yusuhara Town in Kochi Prefecture and Yonago City in Tottori Prefecture have been selected as “Decarbonization Leading Areas” by the Ministry of the Environment. Solar power generation by Katsurao Sousei Electric Power Co., Ltd. (partly funded by Katsurao Village, Fukushima Prefecture) was implemented as part of the reconstruction project following the Great East Japan Earthquake. All three projects are implemented as renewable energy projects that benefit the region. [Image 3

Diagram Design image of I-REC depreciation certificate
■ I-REC issuance target
In Japan, power supply attributes such as production area and power supply type in grid power are considered to accompany electricity trading. Therefore, in Japan, I-REC is issued for bilateral contracts for non-FIT renewable energy sources and specific wholesale supply for FIT sources. Self-consumption of renewable energy sources (including self-consignment) for which Green Power Certificates or J-Credits have not been issued are also covered.
Currently in Japan, the government is promoting tracking of non-fossil certificates that document the environmental value of renewable energy (non-fossil certificates with tracking). This is a mechanism to prevent duplicate issuance. In the first place, non-fossil
certificates do not include power source attributes such as production areas, and non-fossil certificates alone cannot prove power source attributes such as production areas. We are also considering proving attributes).
[Image 4

Fig.
*1 In Japan, the Ministry of Economy, Trade and Industry has issued a policy to unify the environmental value of grid power with non-fossil certificates, so the environmental value does not belong to I-REC for grid power. It is necessary to obtain a non-fossil certificate separately in order to appeal environmental value.
*2 I-REC cannot be offset under Japanese systems such as reporting based on the Act on Promotion of Global Warming.
■ Future plans, etc.
・In around January 2023, we plan to hold an information session and start general reception. Details will be announced on our website around January.
・In addition, I-REC issued by JAMSTEC, the issuer, will be able to be traded on the system planned to be constructed by SCSK Corporation, the platform operator in Japan.
■ I-REC organization chart (planned)
[Image 5 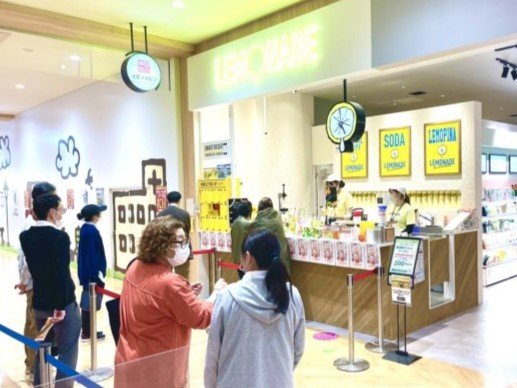