Series point 1.: A powerful robot battle that makes your hands sweat! The X Venture research team that won the super-space-time battle against the Dinosaur Corps and scooped up humanity. However, he took responsibility for causing confusion in the world and was ordered to disband. After disbanding, the members went their separate ways, but suddenly they had to take the entrance exam for the “X Robot Academy”, and the members of the survey team reunited!! Familiar characters such as Jake, Rain, and Lewis Next time, we will ride a robot to break through the maze, hit enemy robots with beams, and develop a heated robot battle.
[Image 2

↑Rain and the others, who operate the robots, struggle through the maze and fight the dinosaurs!
And what awaited them was a life-threatening robot battle!?
Series point 2: Many unique robots and rivals appear!
At the X Robot Academy, where Jake and his friends enroll, the best trainees from all over the world gather and undergo dangerous training. And many attractive characters gathered at the academy stand in their way as rivals of the X Venture research team!
Also, each robot that appears has different personalities such as power, speed, and functions. Will Jake and his friends be able to ride well and defeat their rivals!?
[Image 3

↑Enrolled in the X Robot Academy and finally started robot operation training! “But when I was trying to decide who would participate, only the weakest training robots were left…” What are you going to do, X Venture research team!?
Point 3 of the series: You can learn science knowledge such as science and physics!
The article page contains a lot of useful knowledge for studying such as atoms, energy, and the history of iron and glass. As you read through the powerful robot battles, you will not only acquire scientific knowledge, but you will also acquire the ability to learn and discover on your own.
[Image 4

↑Members of the X Venture research team explain science in a fun way. ■Supervised by the National Museum of Nature and Science!!
[Image 5

Established in 1877, the National Museum of Nature and Science is one of the oldest museums in Japan. As a core facility of science museums in Japan and Asia, it promotes three major activities
(survey/research, collection/storage/utilization of specimens, exhibition/learning support). It is also the only national general science museum on the history of natural history and science and technology. The specialists who belong here are in charge of supervising this book.
Deepen your understanding and interest in science, which is the basis of the technology around you!
–Shun Hayashi, Department of Science and Engineering, National Museum of Nature and Science
■The animal robots that the readers came up with become comics!! The “Dream animal robot recruitment!!” campaign is underway!
[Image 6

In commemoration of the launch of the new series “Which is Stronger!? A”, we are looking for ideas for your dream animal robot!
“Which is stronger!? A” Volume 1. We are looking for original animal robot ideas that you would like to appear in the manga! “Any animal can be turned into a robot.” Please draw an illustration of the dream animal robot you want to appear on the application form and apply by mail or online.
[Application period: November 16, 2022 (Wednesday) to February 16, 2023 (Thursday)]
*If mailed, the postmark is valid until February 16, 2023 (Thursday). *For WEB, until 23:59 on Thursday, February 16, 2023
Grand Prize Manga 2 people
Excellence Award “Which is stronger!?” Original goods not for sale 10 people ▼ Click here for campaign details
https://yomeruba.com/campaign/event/entry-13382.html
■ “Interesting” and “Easy to understand” voices one after another!! ・I read it while my heart was pounding. It was very interesting. “I’m excitedly waiting for the next book.” (Boy, age 7)
・I wonder if Rain and the others will be able to return home safely. It was funny to see him laughing at Bean’s robot. The robosuit Rain was wearing was cool because it had various functions. (Boy, age 8) ・I’m curious about what happens to Rain and the others. My favorite dinosaurs will appear, and I’m looking forward to seeing the robots in action. (Boy, age 8)
・The commentary included conversations between characters, so it was good that even subjects that seemed difficult and inaccessible, such as atoms, were easy to understand. (Female, 30s)
・To be honest, I can’t explain atoms by myself, so it’s helpful to have an easy-to-understand explanation for children. Battles and X-robot designs that are likely to interest children are also good! (Female, 40s)
■ Book information
[Image 7

Kadokawa Manga Super Science Series
“Which one is stronger!? A (2) Robo battle on a deserted island! 』 The second stage is an uninhabited island!? Control the training robot and seize victory!
Jake and his friends visit a huge robot academy on the sea. As the team that brought dinosaurs into the modern era, everyone around them looks down on us, and we are the lowest class! “Even during training on an uninhabited island, only Jake and the others are targeted!” 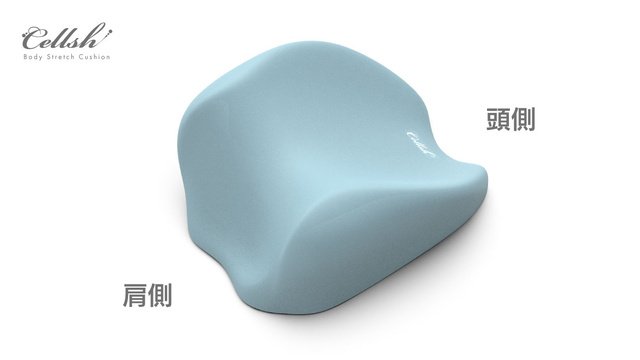 25 Oct 22 rehow
Needs Co., Ltd. I achieved my goal within a few hours of starting with "Cellsh…
Uncategorized
0