KADOKAWA CORPORATION
Voice actors Yoshimasa Hosoya & Saori Hayami recorded a new voice drama bonus/traffic advertisement posted at Ikebukuro Station “Your Majesty, the voice of the heart is leaking! ] The latest 3 volumes of comics will be released on November 17

The sweet fantasy romantic comedy of “Emperor who closed his heart” and “Empress who can hear the voice of the heart” “Your Majesty, the voice of the heart is leaking! ] The latest 3 volumes of the comic will be released on Thursday, November 17, 2022.
To commemorate the release of volume 3, a 2D code that allows you to listen to a voice drama recorded on the 3rd volume will be included with the purchase of the paper book only! The voice drama cast will be performed by voice actors Yoshimasa Hosoya and Saori Hayami, following the PV. Please enjoy Geisel and Twitsy that can only be heard here! And prior to the release, digital signage is being broadcast outside the underground and ground ticket gates of Seibu Railway Ikebukuro Station for a week from November 14, 2022 (Monday)! Please stop by when using Ikebukuro station ♪
The latest 3 volumes will be released on November 17th! You can listen to the voice drama only by purchasing a paper book!
[Image 1

Your Majesty, the voice in my heart is leaking! 3
Manga: Mimasa
Original: Shirohi
Character draft: Yukio Kumoya
List price: 715 yen (body 650 yen + tax)
Release date: November 17, 2022
ISBN: 9784046818799
Overcoming hardships, their hearts are connected──
Sweet fantasy romantic comedy volume 3!
Twitsy and Geisel escape to a small village after being targeted by assassins. In the imperial capital where the two should return, the prime minister’s conspiracy has developed into an incident that shakes the nation. Should they live quietly in the village, or should they return to the capital and fight?
Bibliographic page: https://www.kadokawa.co.jp/product/322207000438/ ≪For purchasers of paper books, a two-dimensional code that allows you to play a voice drama recorded on three volumes will be included! 》 Only those who have purchased 3 volumes of comics on paper will receive a full version of the newly recorded voice drama♪
Twitsy fell asleep while reading a book. What appeared in front of Titzi when she woke up from her sleep was…! ?
The trial version at the beginning of the voice drama will also be released on YouTube from 10:00 on November 17th!
Trial version URL: https://www.youtube.com/watch?v=dK-lB18DVNM * Volume 3 of the e-book is not eligible for voice drama benefits. * Full version viewing period: Until 23:59 on November 16, 2023
[Video 2: https://prtimes.jp/api/movieim.php?url=www.youtube.com/watch?v=dK-lB18DVNM] 【cast】
Gaisel: Yoshimasa Hosoya
[Image 2

The role of Twitsy: Saori Hayami
▼ “Your Majesty, the voice in my heart is leaking! ] is being serialized in FLOS Comic!
Trial reading of episode 1:
https://comic-walker.com/viewer/?tw=2&dlcl=ja&cid=KDCW_FL00202030010001_68 FLOS Comic Official URL: http://comic-walker.com/flos/
FLOS Comic Official Twitter: https://twitter.com/FlosComic
Ikebukuro station digital signage leaks out the voice of the heart…! ? Transit advertisement now on air!
Ikebukuro Station Seibu Railway Ikebukuro Station Digital signage outside the underground ticket gates and outside the ground ticket gates will be showing videos of Geisel and Twitsy! Hosoya-san and Hayami-san, of course! It is about 5 minutes of footage that combines 3 new videos of “Meeting”, “Don’t just look at your hands”, and “Don’t run” and past PVs. Please stop by when using Ikebukuro Station! [Image 4

Transit advertisement image_2
Posting location: Seibu Railway Ikebukuro station outside the underground ticket gate/outside the ground ticket gate
Posting period: November 14, 2022 (Monday) to November 20, 2022 (Sunday) 【The information desk】
KADOKAWA Customer Support: https://wwws.kadokawa.co.jp/support/contact/ 【Notes】
*Please refrain from contacting the station or station staff. *Please be considerate of other customers when viewing or taking photographs. A part of the digital signage video will be released on YouTube at a later date for those who could not go to the site!
Details will be announced on the official Twitter account of FLOS Comic! FLOS Comic Official Twitter: https://twitter.com/FlosComic
“Your Majesty, the voice of the heart is leaking!” ] Please enjoy this opportunity ♪ 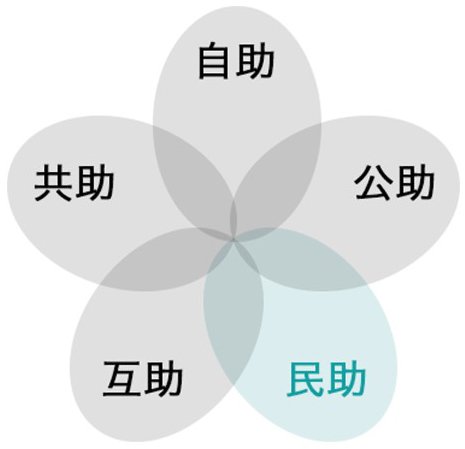 25 Oct 22 rehow
visit Co., Ltd. 《We will respond to the "outing support needs" of the elderly! 》-Frailty-For…
Uncategorized
0