KADOKAWA CORPORATION
A leading researcher of Manyoshu talks about the charm of Musashino, which was sung in “Manyoshu”! Kadokawa Academia Forest School – Winter special course – “Manyoshu, Musashino, and Reiwa” held

Kadokawa Academia Forest School is a cultural course held by the Kadokawa Foundation for Cultural Promotion in Musashino. On December 10th (Sat), as a special winter lecture, we will invite Susumu Nakanishi, a scholar of Japanese literature, to lecture “Manyoshu, Musashino and Reiwa”. What did the people of ancient Togoku look like when they wrote about Musashino, which was one of the frontier areas at the time? Think about Musashino, which was sung in “Manyoshu”, and decipher its charm.
[Image 1

“It was very valuable that the eighth-century old collection of Manyoshu contains the raw singing voices of the people who lived in Musashino at the time. There is also a song about a woman grieving a parting.It can be said that it is an intangible human heritage.I would be happy if I could think of the new era name “Reiwa” from among them. I would like to hear from the Manyo people of ancient Musashi how we should face the future image presented by the nation and how we should face it as a living person. ”(from the lecturer)
◆Lecture information from Kadokawa Academia Forest School◆
・Decipher the origin of the era name “Reiwa” after “Manyoshu”! ・After the lecture, those who wish to participate can formally visit Musashino Saryowa Shrine.
・In conjunction with the lecture, a special display of the “Kanazawa Bunko Hon Manyoshu” will be displayed at the shrine!
The “Manyoshu” contains poems about the land of “Musashi”. In Saitama Prefecture, you can also see manyo poem monuments in various places. Volume 14 of “Manyoshu” contains nine poems of Musashi Province, five of which include the place name “Musashino”. It is a love song with Musashino flowers and grass in the background. That’s not all. There are also harsh songs that reflect the times.
What kind of region was Musashikuni, where Musashino spreads, when the Manyoshu was compiled? This land was like a wedge into the eastern border of the Yamato regime’s sphere of influence, entering the country of Ke. It was also the most important and harsh region in the east for the Yamato sovereignty. Why don’t you touch on the joys and sorrows of the lives of the people who lived in such areas through the Man’yo poems?
In addition, from the position of Musashi no kuni, there is also a song of defensemen from Musashi no kuni. You can also imagine the feelings of the soldiers dispatched to distant lands.
Furthermore, from the poems left in the “Manyoshu”, we can imagine how the Japanese and the people of the capital at that time viewed Musashino. Why don’t you think about “Manyoshu” from a wide
perspective that overlooks the situation of Musashi and the era of ancient times?
The name of Musashino Izureiwa Shrine, located in Tokorozawa Sakura Town, was named by Mr. Susumu Nakanishi. It is a name suitable for the land of Musashino. In the shrine, there is a part of the old manuscript of “Manyoshu”, and in the lecture, it will be displayed with explanation (“Kanazawa Bunko Hon Manyoshu Fragment”).
You can also know the background of the word “Reiwa” written in “Manyoshu”, which is the origin of the era name “Reiwa”.
Please enjoy a valuable lecture by a leading researcher of “Manyoshu”. (reference)
[Musashi’s song seen in “Manyoshu”]
Handcrafted silky products exposed to the Tama River What is this child’s love? Urabe Kata-yaki in Musashino Norane-kun is going out to the fortune-telling. The pheasant of Musashino leaves and leaves
If you love me, I’ll wave my sleeves.
(Song in a certain book: How can I fall in love with my sister, and the flowers of Musashino appear in the color of flowers?)
The grass and leaves of Musashino are facing each other
Ohoya on the Iruma-do Road is slippery and slippery to me.
I’ve been talking about my spine
The wind on a boat in Tsu, Saitama hurts, and the ropes are said to be dead A flying bird pointing to Unahi, which draws Natsuso.
* After the above poem, it is written that “The nine poems on the right are the poems of Musashi no Kuni.”
Overview of the event
[Date and time] December 10, 2022 (Sat) 14:00-16:00 (including shrine visit) [Tuition fee] 3950 yen (including tax and worship fee)
https://manyou.peatix.com/
[Venue] Tokorozawa Sakura Town Kadokawa Musashino Museum 4F Lecture Room [Remarks] Lectures will be held in the lecture room from 14:00 to 15:30, and after that, if you wish, you can make a formal visit to Musashino Saryowa Shrine. On the day of the day, please cooperate with temperature measurement and wearing a mask.
[Image 2

Lecturer Susumu Nakanishi
Born in Tokyo on August 21, 1929. Completed the doctoral program at the University of Tokyo Graduate School, Doctor of Literature. Currently Director of the Koshinokuni Museum of Literature in Toyama Prefecture and President of the Japan Studies Foundation. In 2005, he was awarded the Order of the Sacred Treasure, the Order of Culture in 2013, and the Toyama Prefecture Special Honor Award. In 2019, he was made an honorary citizen of Kyoto City. While in college, he studied under Senichi Hisamatsu, admired the academic style of Ichinosuke Takagi and Mitsutomo Doi. Received the Yomiuri Prize for Literature (age 33) for his doctoral dissertation, Comparative Literary Research on Manyoshu, and the Japan Academy Prize (age 40) for his work on History of Manyoshu.
Since then, he has been known for his research on comparative literature and Japanese culture. Received the Nara Television Broadcasting Culture Award for the 100th broadcast of “Nakanishi Susumu no Manyo Kokoro Tabi”, the Nara Prefectural Tourism PR Award Special Award, and the Kikuchi Kan Award for “Manyo Mirai Juku”. In addition, he has received the Kyoto Shimbun Culture Award, the Kitanihon Shimbun Culture Award, the Academia Award, and the Changwon KC International Literary Award (Korea).

19 Oct 22 rehow
Pathfinder Inc. Implemented a digital key that can be operated with a smartphone completely non-face-to-face…
Uncategorized
0 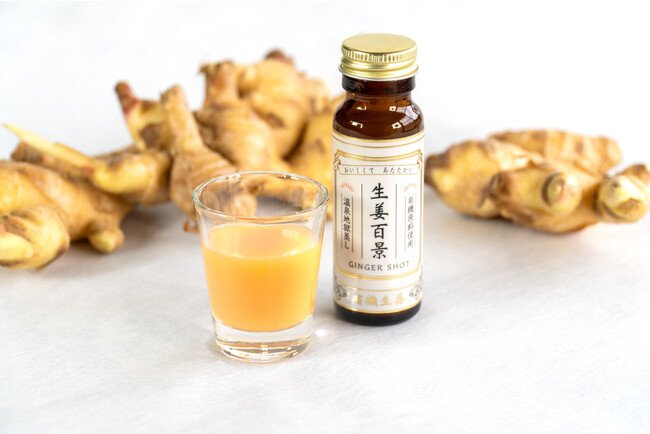