Kataoka Auto Co., Ltd.
The matching site “Torabody” specializing in truck bodies releases the industry’s first “search bulletin board” today
Realization of a system that can directly deliver the voices of customers looking for used bodies

Kataoka Auto Co., Ltd. (operator: Norihiko Kataoka, location: Miki City, Hyogo Prefecture), which sells and exports used trucks, is a matching site specializing in used truck bodies that connects owners and buyers of unwanted truck bodies. “Torabody” was renewed today on November 15, 2022, and the industry’s first “Searching Bulletin Board” was released.
The “Finding Bulletin Board” is a bulletin board where people who want used bodies can directly post their voices such as their needs. We will contribute to the SDGs by promoting the reuse of used car bodies by delivering real voices.
In addition, to commemorate this renewal, we will carry out a contract fee free campaign until the end of March 2023.
URL: https://trabody.com
■ Background and purpose of release
About a month after the opening of the “Torabody” site, we have received a lot of feedback, and we have received many requests from our customers every day. However, there is a limit to what we can do on our own, so we have decided to revamp the site in haste and set up the industry’s first “search bulletin board” (*in-house research on November 11).
By having customers who want used bodies post their needs directly on the “Finding Bulletin Board”, everyone who sees it will become a supplier, and it will be possible to list and trade unwanted bodies. For example, if you post the type and size of the body you want, it will be easier for used parts businesses, used car dealers, body manufacturers, and shipping companies that have unnecessary bodies to list surplus inventory.
[Image 1

Currently, transportation companies are forced to think about replacing the used bodies of the trucks they currently own in order to deal with delays in the delivery of new vehicles and the production of new bodies due to shortages of semiconductors, and in response to the rapidly changing transportation items.
Until now, I could only ask a limited number of nearby parts stores, and it was difficult to find. However, this time, by setting up a place where customers looking for used bodies can send information widely throughout the country, the circulation of used bodies will improve, and furthermore, it is an epoch-making system that can prevent the loss of transportation opportunities for shipping companies. is.
Also, shipping companies have, until now, been costly to dispose of the bodies they no longer need. However, this time, by using “Torabody”, it will be possible to sell it, and the cost of replacing it will be reduced.
By matching supply and demand and being able to deliver used bodies to customers immediately, we will further promote the reuse of used bodies and contribute to the SDGs.
■ Renewal commemorative campaign
To commemorate the renewal, we will carry out a contract free campaign. (Normally, a fee is charged to our company when a contract is concluded.) Registration and listing on the site are free, so you can list items at no risk.
・ Campaign period:
November 15, 2022 (Tuesday) to March 31, 2023 (Friday)
Campaign details:
No fees for products sold during the period (including card payment fees) ■ About tiger body
URL: https://trabody.com
The demand for used bodies is increasing due to delays in the delivery of new cars and the production of bodies due to the impact of semiconductor shortages. On the other hand, there are many cases where bodies are left untouched because they do not know how to pass them on to new buyers, and even if they are found, they are concerned about shipping costs. In this case, in addition to disposal costs, environmental impact is also a concern.
Therefore, in October 2022, we released a trading site “Torabody” that allows you to match owners who own bodies that are no longer needed with buyers who need them in neighboring areas.
After the release of the tiger body, body sales increased about seven times compared to normal times, and we realize that there is demand. In addition, the area is 11 prefectures, and the number of products exceeds 150.
There are so many ways to use a truck body!
・In the event of a natural disaster, an evacuation site that protects against wind and rain
The bodies of the trucks are strong and some bodies can hold up to 50 people. During the Great Hanshin-Awaji Earthquake, it was actually used as an evacuation site.
・In garages for motorcycles and cars, storehouses for agricultural products, and breeding sheds
It can also be used as a storage room because it protects against rain and wind. Many people use it for personal purposes, such as storing cars, motorcycles, agricultural products, and agricultural equipment, or as a dog or cat breeding shed.
・Renovated into a small villa! ?
In fact, the body of the truck can also be renovated, such as adding windows. Furniture can also be placed, so it can be used as a hut or office.
By redistributing bodies that were originally supposed to be discarded, Trabody not only brings us closer to the realization of the 13th goal of the SDGs, “Take specific measures against climate change,” but also contributes to the recent natural disasters that have caused enormous damage. We believe that we can contribute as one of the countermeasures for
Through Trabody, we will revitalize the trading of bodies and contribute to the environment and people’s safety.
Although there are sites that handle a wide variety of products, such as major truck industry parts sales sites, used car parts sites, and major flea market sites, there are also many companies that sell their own used products. Our company is the first matching site specializing in truck bodies that seeks suitable exhibitors. (According to our research as of October 11, 2022)
[Image 2 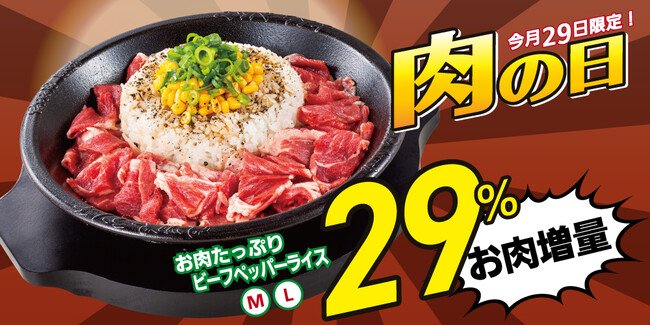