Kayak Co., Ltd. (Headquarters: Kamakura City, Kanagawa Prefecture, CEO: Daisuke Yanagisawa, Tokyo Stock Exchange Growth 3904, hereinafter referred to as our company) will open a senior support service “Magokoro Support Kamakura Zushi Hayama Kayak Store” on November 21, 2022. . Together with MIKWAYA21 Co., Ltd. (Headquarters: Arakawa-ku, Tokyo, hereinafter referred to as MIKWAYA21), which develops the life support business for seniors with which we have a capital and business alliance, making the lives of seniors enjoyable and comfortable as a local company. We will provide support to In addition, in 2023, we will incorporate the digital community currency service “Machi no Coin” developed and provided by our company into the operation model of “Magokoro Support”, and promote activities that help seniors in their lives and people who want to support them in the city. We aim to promote mutual aid activities within the region. 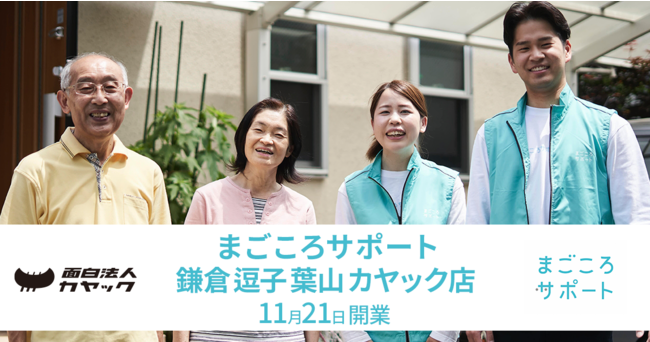 Background/Purpose: From people working in Kamakura to seniors Aiming to revitalize the community
Our company has been headquartered in Kamakura since 2002, and has a “Machi no Employee Cafeteria” that anyone working in Kamakura can use, a company-led childcare business “Machi no Nursery School” operated jointly with local companies, and a business support base. We have developed businesses that serve as bases for community revitalization, such as “HATSU Kamakura” and “Kamakura Home Funeral Company”, Japan’s first funeral company specializing in home funerals. On the other hand, the “Magokoro Support” provided by MIKAWAYA21 is a lifestyle support business for seniors that solves “little troubles” of the elderly and fulfills “dreams that have already given up”. We have about 180 affiliated stores that conduct community-based businesses nationwide, and support 600,000 cases nationwide through a “concierge” that listens to the problems of seniors. We have formed a capital and business alliance with MIKAWAYA21, and in order to maximize service synergies, we will open and operate the “Magokoro Support Kamakura Zushi Hayama Kayak Store” and introduce the digital community currency (regional electronic currency) service “Machi no Coin”. to proceed. Utilizing our experience in creating a base for community
revitalization that we have worked on in Kamakura, we will develop the “Magokoro Support Kamakura Zushi Hayama Kayak Store” into a service that is open to the town.
Daisuke Saito, general manager of KAYAC General Affairs Department, appointed as manager of “Magokoro Support Kamakura Zushi Hayama Kayak Store” operated by KAYAC
[Comment from Daisuke Saito, Manager of “Magokoro Support Kamakura Zushi Hayama Kayak Shop”]
We uphold the name of “Interesting Corporation” with the desire to increase the number of people who are interested in the world as much as possible. There is no age limit for those who are amused. Kamakura has a relatively high proportion of elderly people, so I would like to increase the number of elderly people who are enjoying themselves. We believe that this leads to the revitalization of people and culture, and realizes the richness of the region. We will contribute to the realization of a region where people can live happily and spiritually with “Sincerity Support”!
Daisuke Saito Profile
[Image 2 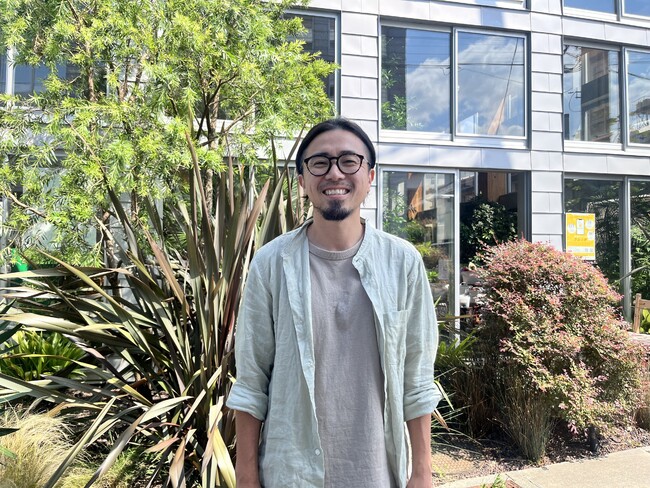 In charge of the general affairs manager in the give & give department (administration headquarters). Joined KAYAC at the age of 24 after working in the restaurant industry. Worked at a restaurant operated by KAYAC at the time, and left the company several years later to become independent. While working as a traveling chef, I suddenly thought that I would like to try a job other than eating and drinking, so I joined KAYAC for the second time in 2018, and since then, I have been a member of the Onarimachi shopping district board of directors, facility management and real estate development within KAYAC. Involved in town development.
Overview of “Magokoro Support Kamakura Zushi Hayama Store”
Address: 11-8 Onarimachi, Kamakura City, Kanagawa Prefecture TEL: 0120-979-141 (reception hours 8:00-18:00 including Sundays and holidays) URL: http://shop.mikawaya21.com/shop/kamakuraizuhayama_kayac/ -Reference: What is Magokoro Support-
Based in 179 affiliated stores that conduct community-based businesses nationwide, this is a one-stop support service that solves any senior needs. Local staff called “concierges” will come to support you directly by asking seniors about their problems. We provide support tailored to each senior, such as introducing professionals according to the needs of specialists, from trivial “problems” hidden in life to “problems” that require expertise.
Magokoro Support URL: https://magocoro.me/
“Machi no Coin” for the first time! Introduced to “Magokoro Support” as a “corporate coin” that crosses regions
From February 2023, “Machi no Coin” will be introduced in “Magokoro Support”. “Machi no Coin” is a community currency (electronic community currency) service that connects regions with experiences that are good for people, towns, and the earth. By using this currency, we can expect to create connections between people inside and outside the region and form a good local community. This time, it will be the first example of introduction as a cross-regional corporate coin so that it can be used as a tool for communication and knowledge sharing between concierges to support seniors in each region. Furthermore, in addition to concierges, we will provide experiences that can be used by people who want to help someone in the area, promote the recruitment of concierges, and make local people aware of the activities of “Sincerity Support”. This is also our aim. Of course, we plan to introduce “Machi no Coin” at “Magokoro Support Kamakura Zushi Hayama Kayak Store”.
Town Coin URL: https://coin.machino.co/
[Table 3: https://prtimes.jp/data/corp/14685/table/586_1_15fbff9c5afa22d283be128f2525e7e1.jpg ]
[Table 4: https://prtimes.jp/data/corp/14685/table/586_2_ea080785076b35cf92854d5ba3d41a3d.jpg ]
Reference: Interesting Corporation KAYAC “Capital and business tie-up with MIKAWAYA21, which develops life support services for seniors”    https://www.kayac.com/news/2022/11/mikawaya21
Overview of MIKAWAYA21 Co., Ltd.
Based on about 180 affiliated stores that conduct community-based businesses nationwide, we have developed “Magokoro Support”, a life support business for seniors, as our main business, and we provide warm analog support from people to people and digital services using IoT and AI. While combining services, we are working to create a new system that supports the aging society that will be in full swing after 2025.
Established: 2012 (Heisei 24)
Company name: MIKAWAYA21 Co., Ltd.
Representative Director and President: Keiya Aoki
Location: 3-20-4 Nishiogu, Arakawa-ku, Tokyo
Business: Consulting and support for true heart support, IoT device development business
URL: https://mikawaya21.co.jp/
======
KAYAC Co., Ltd.
https://www.kayac.com/
With strengths such as creativity, planning ability, and technical ability to shape things that are not bound by fixed concepts, we will create new products that combine the latest technologies and ideas, such as game applications, advertisements, and website production, as well as community currency, immigration, and related population promotion. We provide the user with an experience. 90% of our employees are creators such as designers and programmers, and we have a unique personnel system and management that makes use of diversity with the management philosophy of “increasing the number of creators.” Established January 21, 2005
Representative Representative Director Daisuke Yanagisawa Masanori Kaihata Tomoki Kuba
Location 11-8 Onarimachi, Kamakura City, Kanagawa Prefecture Business content Japanese fun content business
======