Kodansha Co., Ltd.
“Land of the Lustrous”, to commemorate the release of the new book for the first time in 2 years and 4 months, a new commercial starring voice actor Tomoyo Kurosawa will hit Shibuya!

“Land of the Lustrous”, the long-awaited new volume 12 will be released on November 22nd. In commemoration of the release of the new book, the afternoon editorial department (Kodansha) will jack the vision of the Shibuya scramble crossing on November 23 (holiday) and play a new commercial. The cast for the new commercial is Tomoyo Kurosawa and Mikako Komatsu. This is a new commercial that uses 12 vision screens around the scramble crossing and is elaborately produced. On this day, don’t miss the “Jewelry” CM that can only be tasted at this place!
【please note】
*Broadcast on Vision will be once an hour. Please refrain from inquiring about broadcast times, etc.
*The 12-sided vision looks great even during the day, but it becomes even more magical after the evening. If you have time to spare, we recommend viewing in the evening or later.
Voice actor Tomoyo Kurosawa is at a loss for words! ! “There’s a Phos that I’ve never seen before!!”
Voice actor Tomoyo Kurosawa, who appeared in the commercial, seemed to be quite nervous and enthusiastic about playing the role of Phos for the first time in five years, but when I read the narration
manuscript, I couldn’t help but say, “I’ve never seen Phos. I’m here!” I was surprised by the appearance of Phos in the latest volume 12, but Mr. Kurosawa. The recording was almost OK. Please enjoy the
interaction between the completely changed Phos and Cinsha.
Comment from Tomoyo Kurosawa
This is Tomoyo Kurosawa, who plays the role of Phosphophyllite. When I received the request this time, I was conflicted whether it was okay for me to voice Phos’s words now without going through the process, but I got angry and said, “If you do only what you can do, you will only be able to do what you can do.” I felt like I could do it, so I tried my best. I hope you enjoy it.
[Image 1 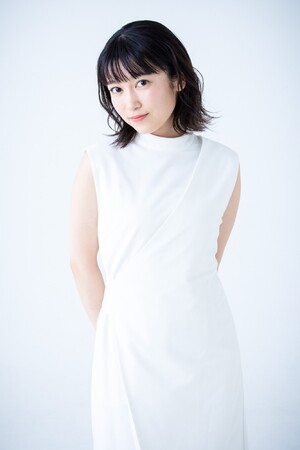 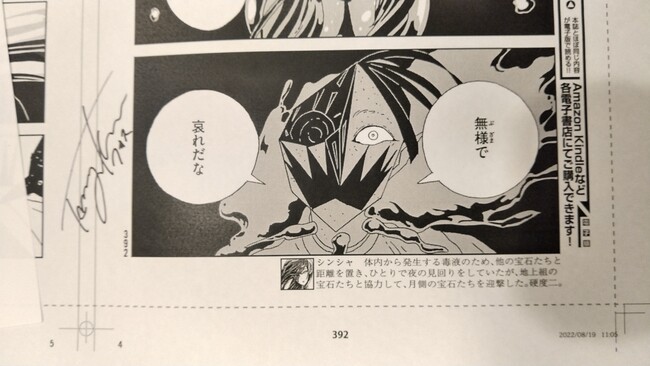 ▲ The scene where Tomoyo Kurosawa was at a loss for words. Mr. Kurosawa signed in the left corner after recording.
[Image 3 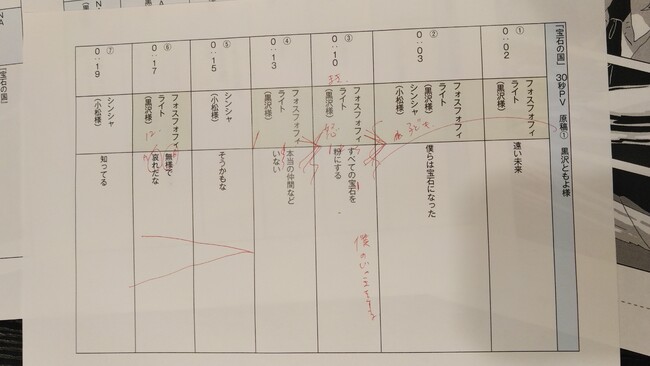 ▲ Part of the narration manuscript for the new commercial.
“Land of the Lustrous” Volume 12 Regular and special editions are now on sale. 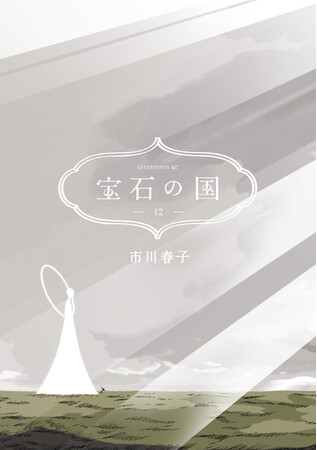 Price: Special edition 3,300 yen (tax included), regular version 781 yen (tax included)
Afternoon KC Kodansha
To commemorate the release of the 12th volume of “Land of the Lustrous” for the first time in 2 years and 4 months, we are holding a “Jewelry” Raw Stone “Fair”!
Purchasers of the target comics will receive a “Houseki no Kuni” bonus card. Please see the afternoon HP for details.
https://afternoon.kodansha.co.jp/news/5480.html
Details about this release:
https://prtimes.jp/main/html/rd/p/000004701.000001719.html 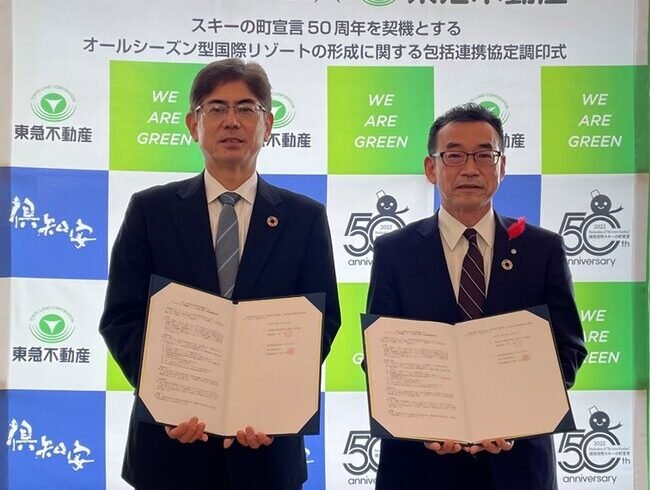 One thought on “Kodansha Co., Ltd. A new commercial starring voice actor Tomoyo Kurosawa will hit Shibuya in commemoration of the release of the new book “Land of the Lustrous” for the first time in 2 years and 4 months!”