Comedy contest THE W2022 (broadcast on December 10th on NTV) to decide the No. 1 female entertainer and ViVi are a collaboration. Successive queens will appear throughout the ViVi January issue (scheduled to be released on November 22nd).
Ms. Yuriyan Retriever, the first queen of THE W, was transformed into a “Jewel Princess” by hair and makeup artist Yuya Nara in ViVi’s popular series “Nara Theater”. During the hair and make-up,
Yuriyan-san and Nara-san happily enjoyed a mystery quiz to guess each other’s birthdays. From the moment he stood in front of the camera, one cut that showed outstanding power of expression is a must-see. Don’t miss the amazing Before & After reel video that will be posted on ViVi’s official Instagram.
[Image 1

In addition, the Asagaya sisters who love pink and are loved by pink will appear as guests in the fashion project “Pink Gal Declaration”! We will introduce this season’s new pink style that is not just sweet, along with the two’s maxims.
Four shots of ViVi models Nicole Fujita & Yushichi Bridgeman dressed in an all-pink outfit and the Asagaya sisters are a masterpiece. It was impressive to see ViVi Models gently giving advice to Miho, who was having a hard time deciding on a pose during the shoot. On the other hand, Eriko-san who showed us a sharp pose that the staff cheered. It is good! When I was praised, “But at times like this, I tend to look to the side because I’m worried about Miho-san. Miho-san is always better than me, isn’t it?” All the staff were healed by the atmosphere. The interview is full of sayings from Pink’s seniors, the Asagaya sisters.
[Image 2

Then, Yoshizumi and Odaueda will appear as THE W queens in “30 Days of Fun Mix-and-match with 8 Carefully Selected Items”. ViVi models Seika Furuhata, Aika Murakami, and Rina Arashi, who play the role of “Three Sisters in Mitaka,” are the main characters in the 30-day story of wearing different outfits.
Mr. Yoshizumi plays the role of a new wife who likes people-watching and has a hobby of listening to conversations, and plays the story of the “three sisters of Mitaka” on their own every day. Also pay attention to the bizarre voice recording that Mr. Yoshizumi actually wrote himself. The two of Odaueda recreated the “Yakitoriya-san” skit that won THE W in the mix-and-match story with Aika Murakami. In addition, Kyon Cotton and Takeru Nishimoto from Super Size Me will also appear as special guests. Please look forward to the super rare mix-and-match project where popular comedians gathered together! [Image 3

This special collaboration between THE W and ViVi will be broadcast live from 15:30 on December 10th (Sat) on Nippon Television’s “THE W” live broadcast just before the main battle. Don’t miss it!
Popular YouTuber Aya Nakamachi x Touano’s “Friendly Gal Combi” is coming to ViVi! Show off fashion shoots and non-stop talks in the “Nikoichi Kode” project (Heart)
[Image 4

YouTuber Aya Nakamachi and Toa, who are super close even in private, finally appear on ViVi together! The combined total number of channel subscribers is 2.26 million (as of November 15th), and the strongest combination that excites the present is in the January issue of ViVi (released on November 21st) entitled “Aya Toto Ano Nico Ichikode”. We propose a link coordination with the theme of “Winter Kibun”! The outfit featuring denim that the two of them usually wear a lot, and the adult outfit inspired by the conversation between the two, “I want to be something like an adult in the winter,” is a complete change from the summer when I was in a “gal” mood. When you fall in love, you can express your love (heart) to Sukipi (the person you like), “Romantic Coord”, and “Korea Travel Coord” for two people who often go on trips together. ”, we will propose a link coordination that matches the theme. In addition, the latest purchases are also open to the public! When we talked while looking at the purchases we brought to the shooting site, we kept saying, “Oh, I want this too” and “Buy it!” There is no doubt that it will be.
On the morning of the shooting day, we started with makeup together. In the makeup room, the popular K-pop was played and it was a blast. In addition, the two poses that match the theme are perfect. In the “Korea Travel” coordination shoot, he showed the best smile and pose with the secret theme of “Smile made for waiting at the airport”. Then, while looking at the captured data, I thought,
you? ‘, ‘You’re so cute!’ The relationship between the two, who are best friends and best colleagues with whom you can talk about anything, was very special.
Don’t miss the “Nicoichi Corde” project, where you can enjoy reading non-stop talk while being excited by the cute fashion of these two people!
Publisher: Kodansha Co., Ltd.
■ ViVi official website “NET ViVi” http://vivi.tv/
Click here for WEB browsing ♪ https://www.vivi.tv/magazine/
Product information
ViVi January 2023 Special Edition
Cover: GENERATIONS from EXILE TRIBE
Appendix: GENERATIONS special photo card & pinup with message Price: 820 yen (tax included)
Release date: November 22, 2022 (Tuesday) * Metropolitan area standards ViVi January 2023 Regular Edition
Cover: Nicole Fujita
Appendix: Nicole Fujita special sticker, pinup with GENERATIONS message Price: 800 yen (tax included)
Release date: November 22, 2022 (Tuesday) * Metropolitan area standards Details about this release:
https://prtimes.jp/main/html/rd/p/000004683.000001719.html 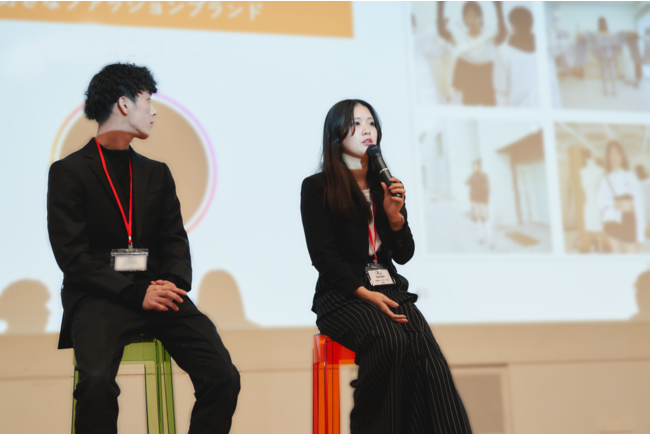