“2022 esports Japan-Korea Exchange Battle ~PUBG MOBILE~” main visual The ‘esports Japan-Korea exchange match’ is an e-sports friendly exchange match planned by the Korean Cultural Center in Osaka with the aim of promoting Japan-Korea exchange through ‘e-sports’, which has recently been attracting attention from all over the world. Now in its fourth year, this friendly competition is not simply a competition between nations or teams to win or lose, but is positioned as a place of friendship that transcends language and border barriers to communicate.
This year, “PUBG MOBILE”, the mobile version of the battle royale game “PLAYERUNKNOWN’S BATTLEGROUNDS”, which is very popular in both Japan and South Korea, was adopted as an e-sports event at the “19th Asian Games” (scheduled to be held in September 2023). Japan-Korea Exchange Match will be held.
[Image 2

“2022 esports Japan-Korea Exchange Battle ~PUBG MOBILE~” Participating Teams 8 teams from Korea and 8 teams from Japan (16 teams in total) will participate in this tournament. In particular, in the “Japan-Korea Mixed SQUAD Battle” where two randomly selected Korean players and two Japanese players form a mixed team and compete in the competition, what kind of strategy should be used in a situation where it is difficult to communicate with each other in language? The point of watching is whether you are aiming for victory.
Jeong Tae-gu, director of the Korean Cultural Center in Osaka, said, “The 19th Asian Games is the first time that e-sports has been adopted as an official event, raising its international status. ) will be resumed, and we plan to actively promote it so that it will become a place for cultural exchange that young people from Japan and South Korea can enjoy through ‘e-sports’.
“2022 esports Japan-Korea Exchange Battle ~PUBG MOBILE~” will be distributed on PUBG MOBILE JAPAN official YouTube from 19:00 on Monday, November 21st.
■Overview
● Name: “2022 esports Japan-Korea Exchange Battle ~PUBG MOBILE~” ● Date: 2022.11.21 (Mon) 19:00-
● Location: Online distribution
*PUBG MOBILE JAPAN Official YOUTUBE: https://www.youtube.com/PUBGMOBILE_JAPAN ● Organizer: Korean Cultural Center in Osaka
● Official website
“2022 esports Japan-Korea Exchange Battle ~PUBG MOBILE~”
http://osakakorea.com/2022-withesports-pubg/
■ “PUBG MOBILE” game overview
“PUBG MOBILE” is a battle royal game in which up to 100 players make full use of the equipment on the map and survive until they become the “last man”. Players compete for survival by making full use of randomly placed weapons, vehicles, and equipment items within a gradually narrowing safety zone.
The player who survived to the last one will have a message ‘Won! Won! Dinner is a win!’
In Japan, the service was launched on May 16, 2018 (Wednesday), and has exceeded 1 billion downloads worldwide.
● Official website: https://pubgmobile.jp
● Official Twitter: https://twitter.com/PUBGMOBILE_JP
Details about this release:
https://prtimes.jp/main/html/rd/p/000000023.000089890.html 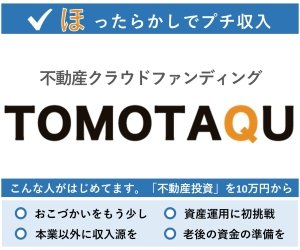