Lego Japan Co., Ltd.
[Survey of children aged 3 to 12 in 8 countries] Do you expect a surprise from your parents at Christmas? More than half of children want “toys that can be rearranged and played”!
Introducing 5 LEGO (R) block products recommended for Christmas gifts this year
Lego Japan Co., Ltd. (Location: Minato-ku, Tokyo, hereinafter Lego Japan) is pleased to announce the results of the “Survey on Toys and Christmas Gifts” conducted by the Lego Group.
This study, together with research firm DynataLCC (located in Texas, USA), targeted children aged 3 to 12 in eight countries in the Asia-Pacific region (Australia, Hong Kong, Indonesia, Japan, South Korea, Malaysia, Singapore and Taiwan). We have implemented. ▶ Video games are popular all over the world! However, when looking at gender, the first place is “princess” and “vehicle”.
[Image 1

In the question asking about the category of favorite toys, “video games” ranked first. By country, “video games” ranked first in half of the countries (Japan, South Korea, Singapore, Taiwan). In particular, the percentage of Japanese children who chose “video games” was the highest among the eight countries, at 36%. This ranks in with a difference of 1.7 times over the 2nd place “Princess”. On the other hand, when looking at gender, the top overall choice for girls was “Princess,” while boys tended to choose “Vehicles.”
▶ Choose common toys together. But do you want your parents to choose your Christmas present?
[Image 2 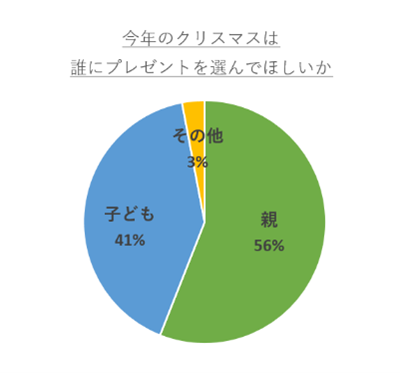 On the other hand, 57% of the respondents answered that they would choose the toys they usually purchase together with their parents. In addition, among the eight countries, Japan has the second largest number of children who chose “choose together” after Hong Kong. “Parent decides” is the result of 9%, which is the second lowest after South Korea. It can be seen that Japanese parents respect their children’s intentions more than anything else when purchasing toys. ▶Video games are good, but… Toys that can be rearranged and played are popular at Christmas
When asked what kind of toy they would like for Christmas, 52% of children answered that they would like to have a “fixed toy”. Maybe you love video games, but want a Christmas gift that you can play with in a variety of ways.
▶ Representative of “toys that can be rearranged and played”! ? Lego (R) blocks recommended for gifts
This year’s Christmas gift may be a surprise for parents to choose! However, I don’t want to decide everything, but I would like to choose the genre that my child is interested in now. Lego (R) blocks have a lineup that covers the popular genres of “Princesses” and “Vehicles”, as well as “Video games”, which was ranked first in the survey. Have a wonderful Christmas with LEGO (R) blocks that the whole family can enjoy. ～Introducing some recommended products～
[Image 3 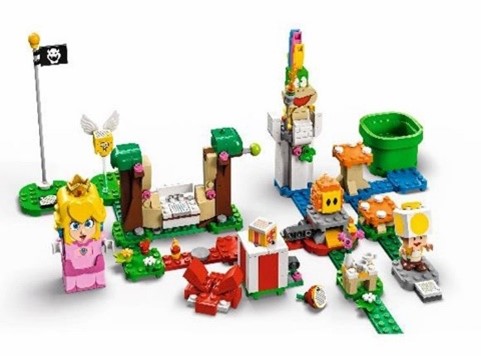 “Lego (R) Peach and the Beginning of Adventure-Starter Set” (71403) “Princess Peach” appears in the series that reproduces the world of “Super Mario (TM)”! Familiar sounds and voices are also included, so children who like video games will be delighted. (Target age: 6 years old ~)
[Image 4 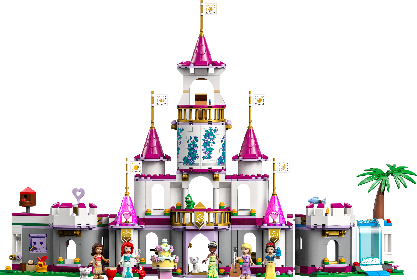 “Lego (R) Disney Princess Princess Castle Adventure” (43205) A 4-story castle with 5 Disney princesses and 5 of their friends’ animals. There is also a room for each person. Explore the castle with the princess! (Target age: 6 years old ~)
[Image 5 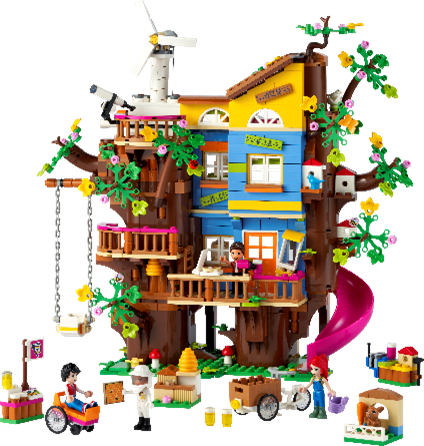 “Lego (R) Friends Friendship Tree House” (41703)
You can enjoy your own original story through colorful tree houses and unique characters. The house is equipped with an elevator that can accommodate wheelchairs. You can learn to be considerate of the people around you while playing. (Target age: 8 years old ~)
[Image 6

“Lego (R) City City Express” (60337)
Full-fledged trains with shining headlights are designed to be barrier-free so that even wheelchairs and bicycles can ride! You can also use the remote control or an app. (Target age: 7 years old ~) [Image 7 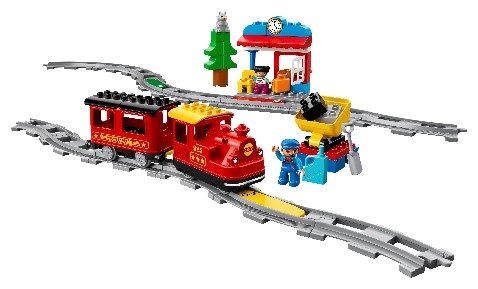 Through the power of play, the mission of the LEGO Group is to nurture future leaders who will create the world of tomorrow. The LEGO System in Play, which consists of LEGO (R) blocks and basic parts, allows everyone from children to adults to create things as they wish, change the shape as they like, and create new things.
The LEGO Group was founded in 1932 in Billund, Denmark. The founder is Ole Kiak Christiansen. The name Lego (R) comes from the Danish word LEg GOdt, which means “play well”.
Today, the LEGO Group, which continues to be a family-run business with headquarters in Billund, sells its products in more than 130 countries around the world.
LEGO Japan Official Twitter: https://twitter.com/LEGO_Group_JP Lego Japan Official Facebook: https://www.facebook.com/legojp/ Product lineup: https://www.lego.com/ja-jp/themes
List of LEGO (R) stores nationwide: https://www.lego.com/ja-jp/stores TM & (C) 2022 Nintendo. LEGO, the LEGO logo and the Minifigure are trademarks of the LEGO Group. (C)Disney(C) LEGO, the LEGO logo, the Minifigure, DUPLO and MINDSTORMS, are trademarks of the LEGO Group. (C)2022 the LEGO Group.
-Inquiries from general consumers regarding this matter-
Lego Japan Consumer Service
TEL: 00531-65-0597 (9:00-17:00 on weekdays/toll free) E-mail: LEGOJapan-cs@lego.com