On November 25th, the global business magazine “Forbes JAPAN” operated by Linkties Co., Ltd. (CEO and Forbes JAPAN Founder: Makoto Takano) will be launched as an entrepreneur who drives the Japanese business scene as a presence to create a “new Japan”. We have announced the “Japanese Entrepreneur Ranking 2023” that will award the
The first place was chosen by Mr. Ryo Kikuchi and Mr. Takashi Mizuno, fast doctors who handle out-of-hours emergency platforms such as emergency home visits at night and holidays and online medical care. Ken Isono, Kenji Kawato, and Masaya Hasegawa of Shizen Energy Inc., who announced in October this year that they had raised 70 billion yen in funding for a renewable energy power generation business aimed at a decarbonized society, ranked second. 3rd place was ranked by Mr. Motoaki Tanigo, a cover who runs VTuber “Holo Live Production” with a cumulative total of 70 million channel subscribers.
The ranking of Japanese entrepreneurs will be featured in the January 2023 issue of Forbes JAPAN, which will be released on November 25th. The 2023 edition of “Japanese Startup Encyclopedia” covering 200 companies and interviews with top winners are posted. As the definitive edition of the “New Japan Startup Guide”, we will send you a lot of content as you can see the whole picture of the Japanese startup ecosystem in the present where the market environment has changed greatly and in the future.
Entrepreneur Ranking 2021 BEST10
1st place Ryo Kikuchi / Takashi Mizuno (fast doctor)
2nd place Ken Isono / Kenji Kawato / Masaya Hasegawa (Shizen Energy) 3rd place: Motoaki Tanigo (cover)
4th place Shun Hashimoto (base food)
5th place Takeo Inada (Andpad)
6th place Takeshi Hakamada (ispace)
7th place Yasutoshi Shin (Gojo & Company)
8th place Yutaka Nakao / Takashi Nakagawa (Kakehashi)
9th place Yushiro Kato (Caddy)
10th place Toru Miyagi (UPSIDER)
Top 20 Japanese Entrepreneurs
Kazuma Kaneko / Ryosuke Yamamoto (Linc’well)
Tomohiro Fukuzawa (SkyDrive)
Haruka Mera (READYFOR)
Hitoshi Tomioka / Motoki Sano (Telexistence)
Takeshi Aida (RevComm)
Rei Ogawa (Timey)
Masashi Goto / Ayane Yamada (TYPICA Holdings)
Hiroki Inagawa (Monster Lab)
Eri Fukuda (SHE)
Naoto Kato (Cluster)
The 9th annual ranking of Japanese entrepreneurs is Forbes JAPAN’s annual event. In the past, Mr. Shintaro Yamada (2015-2017 No. 1) of Mercari, which operates the flea market app “Mercari,” and Mr. Kyosuke Matsumoto (2018 No. 1) of Raksul, which operates a sharing platform such as printing and logistics, etc. of entrepreneurs have been selected. There are entrepreneurs who have gone public after winning rankings, such as Mr. Soichiro Minami, Visional, who works on the members-only career change site “BizReach,” which has the highest market capitalization (379.4 billion yen, as of November 24) in the TSE growth market. There are many.
The “Japanese Entrepreneur Ranking 2023” is for unlisted startup entrepreneurs as of September 27, 2022, when the evaluation committee was held. As in the past, we will continue to ask ourselves whether we can play an active role globally, whether we can exceed 100 billion yen in market capitalization, whether we can achieve business performance and growth potential with an emphasis on the time axis for success, and the maturity of the management and management team. Entrepreneurs were selected based on the five selection criteria of whether they are working to solve social issues.
The following 13 people participated in the “Japanese Entrepreneur Ranking 2023” ranking evaluation committee.
Ranking Evaluation Committee
Mamoru Taniya (Asuka Holdings)
Soichi Kariyazono (Globis Capital Partners)
Gen Isayama (WiL)
Yasuhiko Yurimoto (Global Brain)
Hitoshi Tanaka (Jins Holdings)
Kotaro Chiba (Individual Investor / Drone Fund)
Hideki Yarimizu (JIC Venture Growth Investments)
Toru Akaura (Incubate Fund)
Yosuke Tsuji (Money Forward)
Tomoko Namba (DeNA)
Soichiro Minami (Visional)
Atsushi Fujii (JAFCO Group)
Naoto Ohitsu (Mizuho Bank) *Observer
■ Comment from Takeshi Manabe, editor in charge of Forbes JAPAN, who oversees this project
“In the 9th edition of the “Japanese Entrepreneur Ranking”, the evaluation committee’s discussions were more heated than usual, and about half of the top 20 entrepreneurs were replaced from last year. , and entrepreneurs who are active on a global scale while balancing business and social benefits such as medical care and decarbonization, etc. In the domestic startup scene, the funding bubble has ended and the market has collapsed. Amid the adjustment phase, the Japanese government is promoting a startup policy, and there is a big swell.At the turning point of the times, we are creating a “bright future” for the economy and society, and we are striving to realize it. I would appreciate it if you could pay attention to the dynamism of these entrepreneurs.”
■ Forbes JAPAN
Forbes Japan was launched in June 2014 as the Japanese version of “Forbes”. For readers with a global perspective, we curated articles from Forbes’ own country edition and each country’s edition, and composed them with original Japanese articles. Every issue includes a lifestyle article to provide readers with on and off information. The web version of forbesjapan.com curates a variety of articles delivered daily by Forbes.com. We deliver content that is worth reading every day, including articles in this magazine and original articles by official columnists with specialties.
■ Media overview
[Image 2 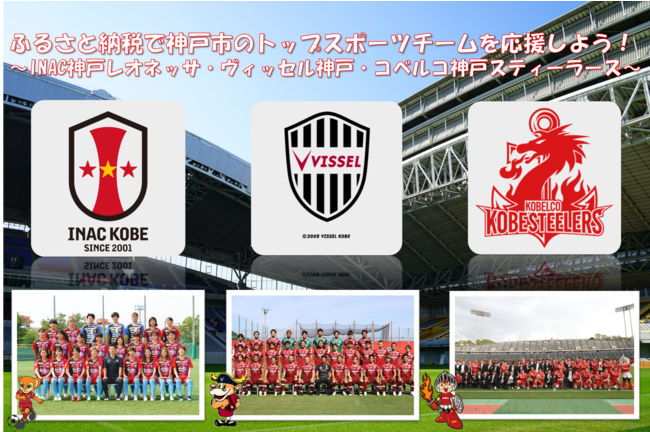