Marvelous Co., Ltd. (President: Suminobu Sato / Location:
Shinagawa-ku, Tokyo) will announce the 9th anniversary of Logres on November 22, 2022 (Tuesday) in the full-fledged online RPG “Logres Ancient Goddess of Swords and Magic” for smartphones. We are pleased to announce that we have started the “9th Anniversary” to celebrate. [Image 1 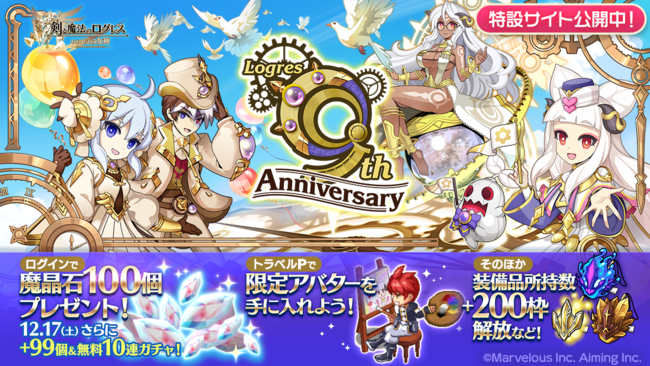 Thanks to you, the 9th anniversary! We will hold “9th Anniversary” with gratitude so far and thoughts on the future!
★ Get 100 magic crystals just by logging in!
★ Try your luck every day! “Free once a day! 9th anniversary gacha” ★Collect travel P and get limited weapon avatars such as the “Artist Narikiri Set”!
★ “9th Anniversary Equipment Set” is now available in Logres Shop! ★New Artifacts and Partial Lv Limit Unlocked!
★Probability of skill level increase is up to 20 times! Great chance to level up!
There are plenty of other gorgeous contents! Head to the Kingdom of Logres now! ★☆★☆Click here for the 9th anniversary special site★☆★☆
https://sp.mmo-logres.com/9th-anniversary/
[Period] Until 2022/12/28 (Wed) maintenance
■You might get a total of 999 or more gacha-tickets! ? “Challenge from Phantom Thief Wicquew” held!
[Image 3

During the period, we will hold a “Challenge from Phantom Thief Wicky”. “Phantom Thief Wicky” is coming to the museum! Recover stolen treasures and exchange them for gacha tickets!
If you’re lucky, you might be able to get a total of 999 gacha tickets during the period…! ?
A total of 12 chances with ticket-based daily quests! Even newbie hunters can clear it, so don’t forget to challenge ☆
[Period] Until 2022/12/27 (Tue) 23:59
■ Start a new adventure & restart now! “Welcome & Comeback Campaign” held! [Image 4

During the period, a “Welcome & Comeback Campaign” will be held. If you start logging now or come back, you will receive 50 magic crystals, 100 “9th anniversary gacha tickets”, “Another Cosmo (MB2)-Todoroki, Yoto-Ticket” and more!
Shup and Don with everyone! Why do not you?
[Period] Until 2022/12/28 (Wed) maintenance
■ A great chance to get fighting power! “Job-specific 9th anniversary exclusive/5x probability of ancient machine maximal gacha” on sale! [Image 5

During the period, we will sell “9th anniversary special by job, ancient machine maximum probability 5 times gacha”.
Popular special weapons and ancient machines have a maximum
probability of 5 times in the job-specific gacha!
Ancient machine steel soldier / Desperado / Assassin has a lineup of “Ars Nova” etc. with double probability.
In addition, with the 200th bonus, you will get a ticket to get “Grimoire” for Ancient Machine Soldier/Desperado/Assassin/Leaf, and “Emperor Dragon” for Guardian/Valkyrie!
[Period] Until 2022/11/30 (Wednesday) 23:59
■ You can get up to twice as many magic crystals and limited avatars! “Magic stone purchase campaign” held!
[Image 6

To commemorate the 9th anniversary, we will hold a “Magic Crystal Purchase Campaign”.
Get up to 972 bonus magic crystals when the total purchase amount of magic crystals reaches a specific amount!
In addition, for a certain amount of purchase, you can also get a limited weapon avatar that you can play with Dora’s stuffed animal! [Period] Until 2022/12/27 (Tue) 23:59
■ Let’s relive the days of nostalgic adventures! “Chronos Time Travelers” held! [Image 7

During the period, “Chronos Time Travelers” will be held.
Goddess Kronos establishes “Logres Museum”!
Let’s go around nostalgic memories with Shiroe’s guidance and get the limited avatar “Luruha’s Traveler Dress” and more! Depending on the number of light-attribute equipment in your main equipment, the head equipment you get from timed quests will increase your HP and have continuous HP recovery effects★
[Period] Until 2022/12/27 (Tue) 23:59
■Let’s obtain new power! “Master Job” & “Emblem” implementation! [Image 8

https://amzn.to/3ttx07Q
*Amazon and Amazon.co.jp are trademarks of Amazon.com, Inc. or its affiliates. *Merch on Demand: Brands and creators of works register their original works, and after Amazon receives customer orders, the works are printed on products such as T-shirts and delivered to customers. On-demand print service.
■Many other events!
★Challenge the formidable foes of those days! “EX Memorial”
★ Wick King appears twice as often! There is also a small room for materials! “Trial & Gem Fever! Plus”
★ You can get the highest quality attribute accessories every week! “Senjin Challenge”
★Kamiyari & Kamiken appear! Get commemorative weapons and artifacts! “Gift from the Goddess”
★Vote for your favorite weapon! “The 8th Logres Weapon General Election” ★The avatar you came up with might make its debut YO! “9th
Anniversary! Avatar Design Contest”
★ Accomplish the conditions with everyone in the clan and get a gacha ticket! “Clan Join Campaign”
★Double daily rewards! “Limit breakthrough support campaign”

11 Nov 22 rehow
Majisemi Co., Ltd. Holding a webinar on the theme of "DDoS countermeasures that differ for…
Uncategorized
0 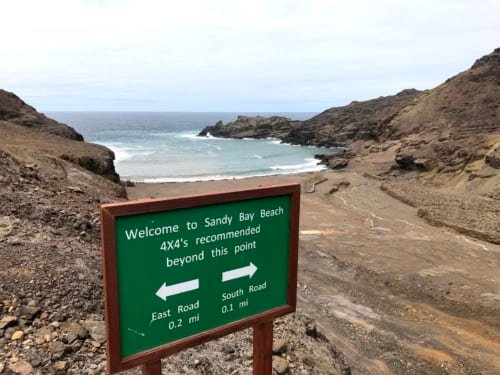