meuron
The second edition of the National Craft Beer Consumption Festival 2022! Double chance at the shop! A campaign to win a 3rd anniversary beer starts when the 3rd anniversary Otomoni posts with the hashtags “#ChillwithBeer” and “#Otomoni”
Starts from 11/17 (Thursday)

meuron Co., Ltd. (Headquarters: Toshima-ku, Tokyo, CEO: Toshimasa Kanazawa), which operates the craft beer subscription “Otomoni”, commemorates the 3rd anniversary of the service, and while enjoying craft beer even more, “Always We are holding a campaign “National Craft Beer Consumption Festival 2022!” where you can win craft beer when you drink at 43 brewpubs and tap rooms nationwide so that you can spend a relaxing time in a different environment. As part of this, if you post with the hashtags “#ChillwithBeer” and “#Otomoni” on Twitter and Instagram, we will hold a campaign where 5 people will win a set of 6 craft beers to commemorate the 3rd year of the year. For a double chance campaign where you may win both the serial code at the store and posting on SNS.
[Image 1

In 2022, Otomoni will celebrate its 3rd anniversary. This is thanks to the more than 250 breweries nationwide with whom we do business, as well as the customers who use Otomoni on a regular basis. thank you very much
In order to express our daily gratitude to the breweries, and to help attract customers to the shops operated by the breweries, we are promoting a store visit promotion campaign “National Craft Beer Consumption Festival 2022” to create opportunities for people to visit the shops. is being held.
From the shop, we received comments such as “It seems that the customers are happy because they seem to have won with a high probability.” We are here.
As part of this, we would like to express our gratitude to our customers. We have decided to hold a 3rd anniversary SNS posting campaign. [Double chance! 3rd anniversary SNS posting campaign]
[Image 2

Twitter
https://x.gd/NBskb
Instagram
https://x.gd/OBWCm
Five people will be selected by lottery from those who post with the hashtags “#ChillwithBeer” and “#Otomoni” on Twitter and Instagram. We will present a set of 6 original craft beer 3rd anniversary versions. Even at the National Craft Beer Consumption Festival 2022, which is already being held, we are conducting a gift campaign where you can get a lottery serial code at the store and see the results on the spot. Try posting with the hashtag.
National Craft Beer Consumption Festival 2022! Otomoni, the 3rd anniversary, will hold a campaign to win craft beer if you drink at the store to support attracting customers at 43 stores nationwide! https://prtimes.jp/main/html/rd/p/000000104.000020760.html
[Post with #ChillwithBeer. For a limited time, the sharing function of the app will also be limited to the 3rd anniversary]
Otomoni provides an app so that you can enjoy craft beer even more. There is also a “beer book” that collects craft beer, and a function to take a picture of the craft beer you drank and upload it to SNS. [Image 3

“Beer book” where you can collect craft beer
[Image 4

iOS: https://apps.apple.com/us/app/%E3%82%AA%E3%83%88%E3%83%A2%E3%83%8B/id1492854518
Android: https://play.google.com/store/apps/details?id=jp.meuron.futarinomi&hl=en&gl=US [Campaign overview]
●Overview
5 people will be selected by lottery from those who post with the hashtags “#ChillwithBeer” and “#Otomoni” on Twitter and Instagram. We will give you a set of 6 original craft beers.
●Period
11/17 (Thursday) – 11/30 (Wednesday)
● Remarks
Winners will be contacted via DM after the campaign ends.
Craft beer regular service “Otomoni”
[Image 6

https://bit.ly/3EcCMjh
Otomoni was born from the desire of CEO Kanazawa, “I want to create an extraordinary time to spend with my husband and wife on weekends with a craft beer that I don’t usually see.”
It is a regular service that delivers different craft beer every time according to your taste from over 1900 types of craft beer.
We carefully select a drink comparison set each time according to the season, the experience you want to deliver, the release of limited beer, and the customer’s taste.
Based on the concept of “Crafting a Beer Odyssey”, we do not provide craft beer, but provide a journey of encounters that satisfy your curiosity using craft beer.
meuron Co., Ltd.
http://meuron.jp/
With the mission of “creating a lifestyle that allows you to enjoy your daily life more than ever through craft beer”, we have launched a brand that provides wonderful encounters with craft beer by making full use of apps and the Internet. . In the future, we will continue to play a role as a public institution in society, such as sticking to ingredients, tackling the food loss problem, and supporting breweries, while also using customer feedback and data to refine the service value and not be bound by the framework of the alcoholic beverage industry. We will continue to take on challenges.
Location: 2-1-4 Begood Zoshigaya 108, Zoshigaya, Toshima-ku, Tokyo 171-0032 Representative: Toshimasa Kanazawa, President and CEO
Business description: Planning, development and operation of Internet services Corporate site: http://meuron.jp/
At Otomoni, we look forward to hearing from the media.
We can provide information from various angles such as “subscription”, “customer experience”, “product development / marketing support using data”, “craft beer and other liquor trends”, and “enrichment of home time”.
We look forward to hearing from you.
========
[Inquiries regarding this matter]
meuron Co., Ltd. (Contact: Kanazawa)
Mail: otomoni@meuron.jp
Phone: 090-9121-8567
*Please note the above due to the transition to a stay-at-home system. ======== 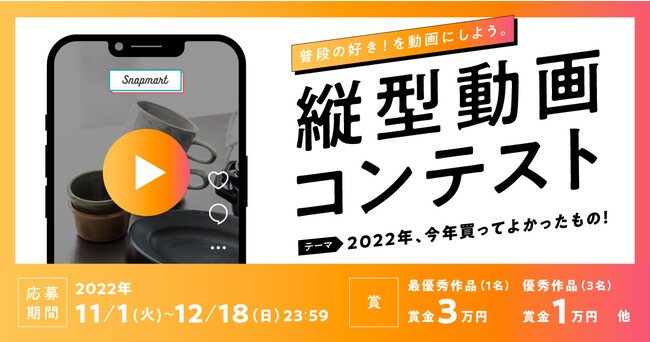