Kodansha Co., Ltd.
Minami Yamada (21), who is known for the 2018 “Seikore 18” semi-Grand Prix, held a press conference on November 18th at SHIBUYA TSUTAYA in Tokyo to commemorate the publication of her 2nd photo book
“Departure”.
The theme that I decided by myself is “return to origin and challenge”!
Minami Yamada’s 2nd photo book “Departure” is the biggest exposure in my history! Confidence that “I was able to show the charm of an adult” [Image 1

Photo/Takeo Dec./Kodansha
Yamada appeared in a white one-piece dress that exuded a neat atmosphere. When I heard about the offer for the second photo book, I said, “I was very happy! I was the first to tell my parents. [Image 2

The shooting of the 1st photobook was done before the COVID-19 pandemic, so I was able to shoot without incident, but I was worried that the 2nd photobook would be difficult due to the COVID-19 pandemic. In such a case, please call me. I am very grateful to be able to take a picture and publish it. I was so happy I could cry! ”, he said, expressing his excitement over the publication decision. [Image 3

The shooting is set in Hakodate, Hokkaido, where he is from. The theme is “return to origin and challenge”. The “return to origin” means, “It’s also related to the title of the photo book.
[Image 4

Photo/Takeo Dec./Kodansha
I gave the title. “What about the title? I thought that everything started in my hometown of Hokkaido, and when I looked back on everything from the time I was born, I thought, “This is where I started, and it all started!” I put in. I looked back from where I was born, so it’s a ‘return to origin’.”
[Image 5

Photo/Takeo Dec./Kodansha
As for the ‘challenge’, he said, “It’s the most exposure I’ve ever had. I didn’t know how it would turn out. I was approached.
[Image 6

Photo/Takeo Dec./Kodansha
For this photo book, she said, “I was able to build my body, go to muscle training, and be careful about my diet, so I was able to face the photo shoot with confidence.” When asked by a reporter, “Weren’t you embarrassed?” With that feeling, I did my best to deliver it to the fans.”
[Image 7

Photo/Takeo Dec./Kodansha
Before the shoot, he was asked what kind of shoot he wanted to do, but he said, “I asked if my beloved dog, Vuitton, would be allowed to appear, so he brought me from his parents’ house in Sapporo to Hakodate.” , the wish was granted. Furthermore, one of the filming locations, Mt. Hakodate, was full of emotion, saying, “I was moved by the vast scenery, and my heart was stolen.”
[Image 8

Photo/Takeo Dec./Kodansha
My favorite cut is a shot of a swimsuit with a smile and arms spread out. “The sea was beautiful above all else, and I was able to express myself the most. It was fun to feel that, and I was blessed with the weather.
[Image 9

Photo/Takeo Dec./Kodansha
When people saw the photobook, they congratulated them, saying, “You’ve grown up,” “It was wonderful,” and “Congratulations.” , Yamada himself said with joy, “I’ve been waiting for it for a long time, so I was happy that it was delivered.”
[Image 10

As for the self-grading of the photobook, “I gave 100 points for the 1st photobook, so I’m confident that the 2nd one will be a perfect score of 200!”
[Image 12 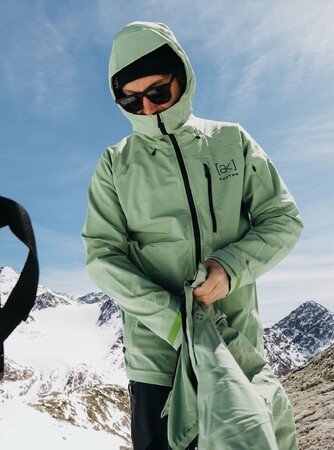 26 Oct 22 rehow
Burton Japan LLC Even before the slopes open, climbing and sliding on your own is…
Uncategorized
0