MODE, Inc
MODE Japan Office 5th Anniversary Event “MODE Robot & Sensor DX/IoT Showcase” The front line of DX that co-creates with robots is released!
MODE, Inc. (Headquarters: San Mateo, California, USA, CEO: Manabu Ueda, hereinafter referred to as MODE) will open Tokyo Midtown on November 10, 2022 (Thursday) from 12:30 to commemorate the 5th anniversary of the establishment of the Japan office. “MODE Robot & Sensor DX/IoT Showcase -Thinking about a society with familiar robots and sensors in the near future-” was held at BASE Q HALL on the 6th floor of Hibiya.

In the main seminar, we will tell you how to overcome DX and business points that utilize IoT data, which can only be seen because MODE has been providing platform services for eight years. He talked about examples and trends at the forefront of DX, such as the latest technology for business robots, examples of successful business improvement in the company, and examples of adding value through IoT. In addition, in the next-generation sensor pavilion, only the latest sensors that are attracting attention in the future, such as Fujitsu’s behavior analysis AI technology “Actlyzer” and Delta Touring Co., Ltd.’s sensor that detects driver drowsiness “Sleep Buster” will be carefully selected. A total of 15 companies exhibited.
[Image 1

■ MODE CEO and CTO, who were active as engineers at a major Silicon Valley tech company, spoke
“Digitalization of Business in the Real World -How to Overcome DX/IoT-” [Image 5

CEO Ueda and CTO Ethan Kan, who have seen the rise of tech companies centered on the software industry as engineers in Silicon Valley for many years, believe that the trending DX (digital transformation) is an initiative that Japanese companies should focus on. I spoke. Tech companies are about four times faster than Japanese companies, and speeding up the trial-and-error cycle is the only way to regain international competitiveness.
In DX, in order to speed up the business cycle, it is important to “save time connecting data to reality”, “save no time to build a cloud”, “outsource system operation”, and “use interesting sensors and AI technologies.” I proposed that we should do four things. Ethan Kan, the company’s CTO, said, “MODE has all the technology to realize it,” and introduced unique technologies such as IoT gateway technology for data collection and entity system that reproduces business operations on data. . We talked about the know-how to succeed in DX and IoT that MODE, Inc, which has been providing IoT platform services for eight years, has reached.
Speakers:
MODE, Inc CEO Manabu Ueda
MODE, Inc CTO Ethan Kan
■ Introducing precedent and successful cases of in-house DX initiatives [Fireside Chat] “Forefront of DX efforts of large companies!-What is the secret of success and technology strategy-”
[Image 7

In Part 2, Mr. Takuya Oikawa, Representative Director of Tably and Adobe Executive Fellow, will be on stage. CEO Ueda asked about tips for successful DX in Japanese companies. While there are several stages of business transformation through DX, many companies are still in the early stages. Among them, he introduced an example of a Japanese company that is successfully promoting DX. He pointed out that the key to success is to invite a leader from outside to lead the DX initiative, and to form a team with a software-first mindset for the DX execution team. In response to the question of how to take the first step in many companies, Mr. Oikawa introduced, “Seeing feedback based on data alone makes work more interesting.” He concluded that the key to success is that a small grassroots approach can create a DX wave involving the entire company.
Speakers:
Mr. Takuya Oikawa, Representative Director and Adobe Executive Fellow, Tably Inc.
MODE, Inc CEO Manabu Ueda
■ Use of data platform is “medicine for business!”
“Robots in Real World Data Utilization – Roles, Issues and Prospects of Data Platforms”
[Image 9

Human beings have observed various phenomena, and in order to share them as something of value, we have arranged the units in a form that everyone can understand, preserved them, and utilized them. Similarly, in the areas of computation, cloud, and IoT, utilization as RWD (real world data) is progressing. Mr. Shibata, CTO of SoftBank Robotics, says, “For example, in the medical field, RWD obtained from medical checkup data, medical record data, wearable devices, etc. is already aggregated, predicted and used.” In addition to introducing examples of utilization in business, he talked about the role of data utilization, including robots that will be added in the future. In addition, as an example of the trajectory of the past eight years, he introduced that his company’s “serving robot” has been introduced to many customers, and has served more than 47 million times so far. In it, Mr. Shibata’s unique way of thinking was revealed that on the one hand, providing a robot will accumulate data, while on the other hand, it is also possible to provide a robot to accumulate data. Finally, for a better future, “How to move from RWD to RWE (Real World Evidence)? It is important to understand each individual with data. We need a platform that is unique and the world’s robots will be the power of the future!” He spoke about the importance of data
utilization and platforms.
Speakers:
Mr. Akiho Shibata, CTO, SoftBank Robotics Corp.
■Sensor supports “from the last train to the first train”!
“Challenge to DX of railway construction work -Demonstration experiment of digital twin for short-time construction at night- MODE technology in DX of railway construction”
[Image 10

This year, MODE and JR East conducted a demonstration experiment of DXing a railway construction site at night for about three months with the desire to “eliminate ‘unknown’ at construction sites.” Using sensors, we have prepared a system that can grasp the location information and operating status of workers and equipment in real time with a single application, even at night when visibility is poor. As a result, we were able to confirm their effectiveness, and we are proceeding with verification for practical use. Mr. Yoshida of JR East Startup explained the necessity of DX, saying, “Real-time
understanding is the most important thing for construction site safety management.” Muraoka of MODE, who was actually involved in the construction site, said, “Railway construction work is extremely difficult compared to other construction work. There is only 2-3 hours between the last train and the first train for each construction, so there is plenty of time. There is no room for mistakes.Since we don’t know what’s going on where, I thought that if we could turn that “I don’t know” into “Understanding,” something would change
dramatically. I had a strong desire to contribute,” he recalled. Mr. Yoshida of JR East Startup said, “DX is only a means, so I would like to consider a method that suits the times. First, acquire data, and then use the data while maintaining safety and quality. I would like to drastically change the way we do things,” he said about his future prospects.
Speakers:
Mr. Satoshi Yoshida, JR East Startup Co., Ltd.
MODE, Inc Kansai Region Sales Staff Masakazu Muraoka
■ A well-being society in a world where robots and sensors are commonplace! [Panel discussion] “Cutting-edge connected business! New value for robots and sensors!
[Image 12

IoT and connected businesses have been around for a long time, but the current state of social implementation and general use is not progressing very well. We had a discussion.
Mr. Kurokawa from Panasonic first spoke passionately about promoting the spread of robots in society, stating that he would like to create a “daily life where robots are not news in the end”. Mr. Takaotani of Maxell said, “I wonder if we can find the inevitability of ‘this must be this’ rather than ‘it would be nice to have’.” Therefore, it is necessary to make it simple so that it can be used without thinking about it so that it does not become over-engineered.” MODE’s Ueno also said, “In the past, smartwatches and completely wireless earphones were also in that position, but now everyone is using them. The improvement in UX that makes it easy to connect without being conscious of it is big.”
Mr. Kurokawa also commented, “In Japan, partly because of the influence of anime from long ago, I think there is an excessive expectation for robots. Even the current progress tends to lead to disappointment, and it is difficult to connect to social
implementation. However, I think that the reason why the food service robots, which are now well-established, have been implemented is because there were no excessive expectations,” he also expressed his own opinion about the expectations of robots in Japanese society. Discussions were held on specific issues and solutions, such as traditional methods of commercialization within manufacturers and issues in software engineering. Among them, Mr. Kurokawa talked about “cultivating a culture that appreciates the use of services (such as cloud),” and many of the audience nodded at that point.
Finally, when asked how he wants to dominate the world in the future, Mr. Takaotani of Maxell said, “I think there are many people who have used Maxell batteries in their daily lives without knowing it. In the future, I would like to continue to create a situation where “where there are people, there is Maxell.” Although the scale of the company is large, I would like to place importance on human connections and on-site work, and push forward with passion.” Mr. Kurokawa of Panasonic said, “I hope that by creating a society full of robots, everyone will be happy. Robots are easy to move, which means that we can create a barrier-free society where people with disabilities can easily move. I would like to indirectly contribute to the creation of a well-being society,” he concluded the panel discussion.
Speakers:
Panasonic Holdings Co., Ltd. Business Development Office Manager (General Manager) Mr. Takahiro Kurokawa
Koji Takaoya, Device Marketing Section, Development Sales Department, Sales Management Headquarters, Maxell, Ltd.
MODE, Inc. VP of Business Satoshi Ueno
■Overview
Name: MODE Robot & Sensor DX/IoT Showcase-Thinking about a near-future society with familiar robots and sensors-
Schedule: November 10, 2022 (Thursday) Open 12:30-Close 17:30 Venue: BASE Q HALL, 6F, Tokyo Midtown Hibiya (1-1-2 Yurakucho, Chiyoda-ku, Tokyo)
Target: Persons in charge of corporate DX promotion, management planning, etc. Participation fee: Free (pre-registration required)
Website: https://lp.tinkermode.jp/showcase2022
About MODE
[Image 15

MODE is a startup from Silicon Valley that provides IoT solutions that accelerate on-site DX. By packaging IoT technology, we provide a cloud platform that anyone can easily use. We aim to spread the use of on-site data in various industries, transform business, and realize a society that is one step ahead.
■Company Profile
Company name: MODE, Inc.
Representative: CEO / Co-Founder Manabu Ueda
Headquarters Location: 1840 Gateway Drive, Suite 250, San Mateo, California, USA Established: July 2014
Business description: Provision of sensor platform and related software services URL: https://www.tinkermode.jp
Details about this release:
https://prtimes.jp/main/html/rd/p/000000121.000035514.html 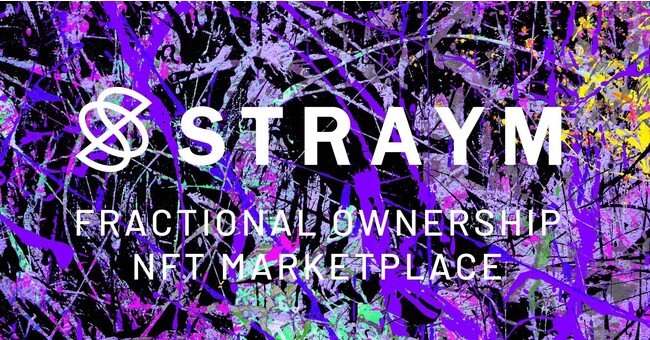