From November 2022, the news site Sirabee will start serializing columns by powerful writers representing their respective fields. Yoichi Masuzoe, an international political scientist who has served as Minister of Health, Labor and Welfare and Governor of Tokyo; Takashi Matsuo, an actor and essayist; Takahiro Suzuki, an economic
commentator and management strategy consultant; and Suzy, an up-and-coming music critic. Mr. Suzuki, Ichiro Yamamoto, an investor known for his sharp social criticism, Yohei Tsunemi, an associate professor at Chiba University of Commerce and an expert on work style issues, and Ms. Kanako Azuma, a columnist who started the Railway Trend Research Institute and is a hot topic. (in no particular order). In addition, Yuriko Chigusa, a weather forecaster who has been serializing for some time, will continue to write. Below are the profiles of the 8 strong serializers.
Mr. Yoichi Masuzoe
[Image 2

Mr. Masuzoe will explain in an easy-to-understand manner the realities and prospects of international politics and conflicts that tell Fuunkyu.
Born in Fukuoka Prefecture in 1948. In 1971, he graduated from the Department of Political Science, Faculty of Law, the University of Tokyo and became an assistant in the same department. After working as a visiting researcher at the Institute of Contemporary International Relations at the University of Paris and a visiting researcher at the Institute for the Study of International Politics in Geneva, he became an associate professor of political science at the University of Tokyo.
In 1988, he established the Masuzoe Institute for Political Economy. In 2001, he was first elected to the House of Councilors. Since 2006, he has served as chairman of the Policy Council of the Liberal Democratic Party of the House of Councilors, and since 2007, he has served as Minister of Health, Labor and Welfare. In April 2010, he was appointed as the representative of the new party reform. In February 2014, he was appointed Governor of Tokyo. In June 2016, he resigned as Governor of Tokyo. Currently working as a TV commentator and writer. His recent publications include “Stalin’s True Identity: A Man More Cruel Than Hitler” (Shogakukan Shinsho), “Mussolini’s True Identity: The Man Hitler Looked Up To As His Teacher” (Shogakukan Shinsho), “The End of Tokyo: Writing All the Policies that the Incumbent Governor Has Eliminated” ( Wani Books PLUS Shinsho) “Hitler’s True Identity” (Shogakukan Shinsho) “Yoichi Masuzoe Learning Methods for Six Languages ​​in the Smartphone Age! 』
2008, Morocco’s Alaoui Dynasty Order Grant Fishet. In 2016, he received the French Legion d’Honneur Commandeur.
Mr. Takashi Matsuo
[Image 3

Mr. Matsuo, who is familiar with wine and sake, will introduce you to the four directions of the bar in the series.
Actor, essayist. Born in Kobe in 1960. Graduated from the Department of Design, Osaka University of Arts. After working at the Basic Modeling Laboratory, debuted as a talent in 1984 under the name of “Kitsch”. Nakajima and others also participated in the launch of the theater company Lilliput Army. In 1989, he changed his name to Takashi Matsuo.
A member of the Japan Writers Association and an honorary sommelier of the Japan Sommelier Association. The owner of Shimokitazawa’s curry restaurant “Pannya”. In the book “Why don’t aliens come to earth? Introduction to Laughing Paranormal Phenomenon” (PHP Shinsho), “Incompatibility Wonderland”, etc.
Mr. Takahiro Suzuki
[Image 4

In Takahiro Suzuki’s series, we will teach you about the structure of the economy and the wisdom of living, based on familiar products and their prices.
strategy consultant. Became independent in 2003 after working at the Boston Consulting Group. Expert in forecasting the future of the Japanese economy and competitive analysis. He is also active as an economic commentator who provides clear explanations of simple economic questions.
We are constantly updating how the world is changing, and we can talk about anything in one minute, such as yen depreciation, price increases, recession, and disruptive innovation. Many serials in Diamond Online, Toyo Keizai Online, President Online, etc. Twitter account is @zubizac
■ Susie Suzuki
[Image 5

Ms. Susie, who has a lot of experience as a marketer, will delve into the “Japanese public opinion” based on internet survey data. Music critic, radio DJ. Born in Osaka in 1966. Graduated from the School of Political Science and Economics, Waseda University. bayfm “9 no Oniki” Monday DJ. Appeared in BS12 “The Cassette Tape Music”. His publications include “Theory of Keisuke Kuwata” (Shincho Shinsho), “EPIC Sony and Its Era” (Shueisha Shinsho), “Heisei J-Pop and Reiwa Kayo” (Sairyusha), “Koisuru Radio”, and “80s Music Kaitai Shinsho” (Sairyu). company) and many others. Many serials such as “Chunichi Shimbun”, “Toyo Keizai Online”, “FRIDAY Digital”.
Mr. Ichiro Yamamoto
[Image 6

Mr. Yamamoto, who is familiar with the actual situation of the Internet and social media, will analyze the themes that have become a hot topic on the Internet in combination with questionnaire survey data.
Born in Tokyo in 1973. In 1996, he graduated from the Keio University Faculty of Law, Department of Political Science, and enrolled in the Graduate School of Law, Niigata University. Specializing in social research, after working as a visiting researcher at the University of Tokyo’s Policy Alternatives Research Institute (currently the Future Policy Alternatives Research Center), he was a senior researcher at the Information Law Research Institute and a director at the Next Generation Policy Research Institute.
In his book, “Living wisely by reading. (Best Shinsho, co-authored) and Nippon no Personal Information (Shoeisha, co-authored). Also known as a blogger.
Mr. Yohei Tsunemi
[Image 7

Mr. Tsunemi will analyze the themes that are currently hot topics in modern society while comparing them with the past.
Associate Professor, Faculty of International Liberal Arts, Chiba University of Commerce/Work Style Critic/Leader of the Ishikawa UI Turn Cheerleader Born in Sapporo, Hokkaido Graduated from Hitotsubashi University Faculty of Commerce and completed a master’s course at the same university’s Graduate School of Sociology (Master’s Degree in Sociology)
After working for Recruit, Bandai, a venture company, and freelance work, he became a full-time lecturer at the Faculty of International Liberal Arts, Chiba University of Commerce in 2015. Associate Professor from April 2020. Majored in labor sociology. Active in a wide range of activities, including writing and giving lectures, focusing on college student job hunting, labor-management relations, and labor issues.
2017 House of Councilors Investigative Committee on National Life and Economy Informant, 2018 House of Councilors Economy and Industry Committee Informant, Ministry of Health, Labor and Welfare
Investigative Committee for Expanding Diverse Selection and Employment Opportunities Informant, Future Young People He is also a member of the Employment Study Group, a problem raiser at the 56th Kansai Business Seminar, and makes policy recommendations.
“I think we can talk more about childcare” (Jiyu Kokuminsha), “Shabu Joto! (Shobunsha) “The Inconvenient Truth of ‘Work Style Reform'” (co-authored with Mr. Shimasa Oto, East Press) “Why Overtime Does Not Eliminate” (Shodensha Shinsho) “We are Gundam’s Gym” ( Nihon Keizai Shimbun) ““Job Hunting” and Japanese Society” (NHK Publishing) “The Disease of “High Consciousness”” (Bestsellers).
■ Naoko Toka
[Image 8

Mr. Higashi, who has also appeared on a quiz show on the theme of railways, will explain the actual situation of the world based on the survey results of the Railway Trend Research Institute.
columnist. Director of Railway Trend Research Institute. Graduated from Toyo University (Master of English). After working for a foreign-affiliated company and an editorial production company, she served as editor-in-chief of a female website. During his time as editor-in-chief, he increased the number of monthly accesses by 650 times.
Currently, as a columnist, he devotes himself to writing travel and railroad columns, and the columns are ranked first in the number of views across the board. In 2021, he launched the “Railway Trend Research Institute” to conduct railway trend surveys and assumed the post of director.
Many media appearances as an expert on railways. In addition to his writing activities, he also gives lectures to spread the art of writing that is read by people. Author of “Super Writing Encyclopedia – All you need is this one book for buzzing articles” (President Publishing) and others. I like quizzes.
■ Yuriko Chigusa
[Image 9

As a weather forecaster, Mr. Chigusa has been active in news programs. We will explain the weather and natural disasters from a professional point of view.
Born in Fujimi City, Saitama Prefecture. After graduating from Hitotsubashi University Faculty of Law, he got a job at a general company. Having been affected by the Great Hanshin-Awaji Earthquake in his childhood and the Great East Japan Earthquake, he decided to pursue disaster prevention. Qualified as a weather forecaster in 2013. While appearing on TV programs as a weather forecaster, he also gives lectures on climate change, extreme weather, and disaster prevention. His hobbies are karate and quick push quizzes. From October 2021, he will enter the University of Tokyo Graduate School and research global warming and public opinion. In October 2022, she announced that she was diagnosed with premature menopause, which is intractable infertility, at the age of 26, and is also engaged in activities to talk about her experiences.
The editors are also excited to see the manuscripts that are starting to arrive one after another from the writing team. Please look forward to it.
・ News site Sirabee: https://sirabee.com/
・ NEWSY Co., Ltd.: https://newsy-inc.jp/
Details about this release:
https://prtimes.jp/main/html/rd/p/000000013.000010565.html 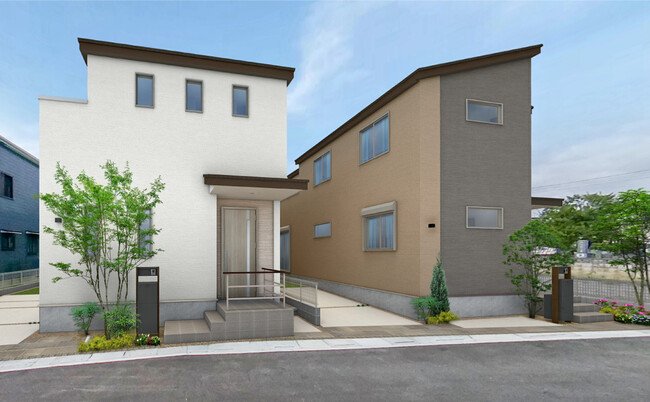