Source: “Townpage Database” (NTT East/NTT West) Research by NTT Townpage Corporation
The number of registered wedding halls nationwide decreased by about 150 each year from 2013 to 2019, and although the decline in wedding halls had already failed to stop, the global spread of the coronavirus in 2020 Due to the epidemic, the speed of its decline is accelerating. The decrease in 2020 is 153, which is the same as the previous decrease, but both 2021 and 2022 recorded a decrease of more than 200 cases.
The reason for the accelerated decrease in the number of ceremony halls due to the corona crisis is that it was difficult to hold wedding ceremonies, and it was difficult to invite them, as people’s actions were restricted due to the declaration of a state of emergency.
There have already been causes for the decrease in ceremonial halls, such as the declining birthrate, late marriage, and economic reasons. However, in addition to that, the coronavirus has had a huge negative impact on wedding venues, as it has made it impossible for those who want to have a ceremony or who are already preparing to hold a wedding ceremony.
The situation continued to be difficult for wedding hall operators, such as cancellation of the ceremony itself, postponement of the holding schedule, and holding of a smaller scale, and the loss of profit opportunities continued.
In 2022, coronavirus-related regulations are beginning to be gradually relaxed, but not a few people choose not to hold their weddings, and the number of people who were forced to postpone their weddings due to the corona crisis was not necessarily the scale they had envisioned. The ceremony may not be held in
In order to converge the decrease in ceremonial halls, it is important to create ceremonial halls that can be held with peace of mind even during the corona crisis.
It is also essential to build a new business model that matches diversified values.
Surprise? ! The prefecture with many wedding halls for the population was that prefecture!
We will introduce the survey results of the number of registered wedding halls by prefecture and the number of wedding halls per 100,000 people from 2020 to 2022.
[Image 2

Source: “Townpage Database” (NTT East/NTT West) Research by NTT Townpage Corporation
The area with the highest number of registered wedding halls per 100,000 population in 2022 is Fukui Prefecture, which has 7.30 wedding halls per 100,000 people. Kochi Prefecture followed with 6.36 cases per 100,000 people. Nagano Prefecture ranked third with 6.30 cases per 100,000 people.
Some people may be surprised that there are so many wedding halls in Fukui Prefecture, but Fukui Prefecture is an area with many scenic spots where you can feel nature, such as Tojinbo and Mikata Five Lakes. Many wedding venues are operated. Fukui Prefecture has been ranked first in terms of the number of registrations per 100,000 people for three consecutive years, with a difference of nearly one from the second place.
Kochi Prefecture is in second place, but it is ranked fourth in 2020 and 2021, and will rise sharply in 2022. The number of wedding halls in Kochi Prefecture is also decreasing every year, but the rate of decrease was smaller than that of other prefectures, so the ranking rose.
In 2020, Nagano Prefecture ranked 3rd, ranked 2nd with 7.03 cases per 100,000 people, but it will decrease by 8 cases in 2021 and by 7 cases in 2022. It is a calm situation.
Shimane Prefecture, which ranked 4th, was ranked in the top 3 in 2020 and 2021, but was pushed out by the rise of Kochi Prefecture. The top 10 rankings have remained the same for the past three years, and no new prefectures have been ranked, and the number of wedding hall registrations has remained the same or decreased each year in all prefectures.
[1st place] Fukui Prefecture
For the third consecutive year, Fukui Prefecture has the highest number of registered wedding halls per 100,000 population. Fukui Prefecture, which is located in central Honshu and faces the Sea of ​​Japan, has many scenic spots such as Tojinbo, as well as tourist attractions such as the Dinosaur Museum. There are many open and elegant ceremony halls where you can feel the grandeur of nature. [2nd place] Kochi Prefecture
Kochi Prefecture is located in the southern part of Shikoku, and is an area where you can enjoy magnificent nature surrounded by mountains, the sea, and rivers. The number of wedding hall registrations is decreasing every year, but due to the small amount of decrease, the number of wedding hall registrations per 100,000 people ranked among the top 3 in Japan.
[3rd place] Nagano Prefecture
Nagano Prefecture is known as a summer resort, and is a tourist area where you can enjoy rich nature and fresh ingredients, as well as many luxury resorts. The decrease in wedding halls is large, and if it continues at this rate, there is a good chance that it will fall out of the ranking.
Coronavirus has a big impact on wedding awareness
The view of weddings has changed dramatically due to the spread of coronavirus infection.
Until now, wedding ceremonies have mainly been held in Shinto ceremonies and Christian ceremonies, which have been popular since the early Showa period.
In recent years, the social situation has changed, and as a new form of wedding ceremony, the style of the ceremony has diversified according to individual tastes, such as public ceremony and resort wedding.
With the diversification of ceremonies, there is a gradual increase in the number of people who want small ceremonies for family and friends only. There is a style of funeral where the ceremony is held only by the family, such as a family funeral, but the number of small-scale ceremonies held only by family and relatives will increase in the future.
Wedding banquets affected by the spread of coronavirus infection have led to the loss of the place of longing for marriage due to the decrease in the opportunities for attendees to participate in wedding ceremonies. This may also affect the number of marriages.
summary
The number of wedding halls has been declining year by year, but the decrease is increasing due to the corona crisis. Due to economic reasons and the impact of social conditions, the number of weddings has been increasing, but due to the influence of coronavirus, there are concerns about the future of the bridal industry.
On the other hand, there is also a bright movement aiming for DX (digital transformation) of the bridal industry based on with corona. Keep an eye on the future of the bridal industry.
Townpage Database provides a lot of statistical data to objectively grasp the situation of the industry. Please feel free to contact us if you are considering the effective use of data, such as understanding market trends and building marketing measures.
Written in November 2022
[Survey overview]
By Prefecture The distribution of the number of registrations of “wedding halls” for a population of about 100,000 and the yearly transition are posted.
■ Target period and extraction method: As of April 2020, 2021, and 2022, the number of cases registered in the town page database industry classification “wedding hall” is aggregated and calculated. * Since the number of registrations per person is several digits after the decimal point, it is converted to 100,000 people.
Learn more about the Townpages database here
https://www.ntttp-db.com/
[Inquiries regarding this matter]
Planning Department Marketing Strategy Promotion Office Planning TEL: (03)5776-4446 / mail: msen-kikaku@ntt-tp.co.jp
Details about this release:
https://prtimes.jp/main/html/rd/p/000000401.000098811.html 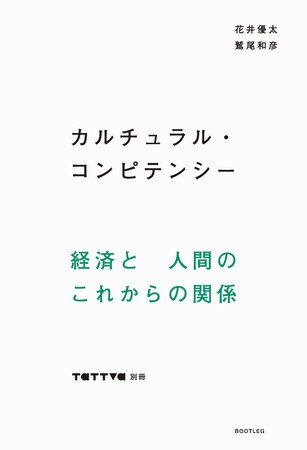 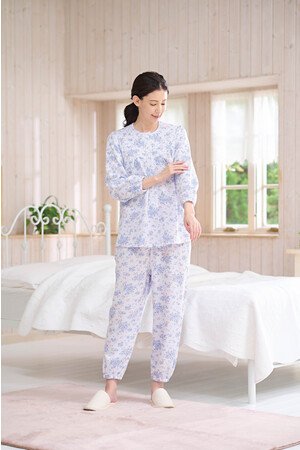