Pia Corporation
4 programs from Yokohama Otomatsuri 2022 “Sound Project Spreading Around the City” will be distributed on the virtual live app “NeoMe”! Appearances are 4 groups: Rei Kato, LEO (koto), Les Freres, and JACK from Hama!
The virtual live app “NeoMe” operated by Pia Corporation
(Headquarters: Shibuya-ku, Tokyo, President: Hiroshi Yanai) will be held in various places in Yokohama from Saturday, September 17th to Sunday, November 13th. 4 programs of the Yokohama Otomatsuri 2022 “Sound Project for Spreading Around the City” held at the event will be streamed over the two days of 11/26 (Sat) and 11/27 (Sun). [Image 1

While enjoying music of various genres such as classical pop music, please experience the interaction and sense of unity between avatars unique to the Metaverse space.
From 11/21 (Monday), goods in collaboration with “Yokohama Otomatsuri 2022” will be distributed free of charge at the NeoMe booth. Please enjoy the distribution after changing into an avatar. -What is the sound project that spreads in the city?-
Mainly on weekends during the period of Yokohama Otomatsuri 2022, in open spaces such as commercial facilities, parks, and shopping streets in the city that are crowded with people, regardless of professional or amateur, age, gender, nationality, or disability,
We will hold a free street live performance that everyone can enjoy. A music stage of all genres will be held in an open space that symbolizes Yokohama, and visitors to the city will be entertained with music.
-Event Overview-
Yokohama Otomatsuri 2022 “Sound Project Spreading Around the City” and other programs from the day will be streamed on NeoMe!
Even those who participated on the day of the event can enjoy the video shot from multiple viewpoints.
We will also deliver a special comment video from each performer at the time of distribution.
■ Delivery date and time
・11/26 (Sat)
Reia Kato (Cattleya): 14:00-/16:00-
LEO (koto): 15:00-/17:00-
・11/27 (Sun)
Les Freres (Moriya Saito, Keito Saito): 14:00-/16:00-
Hama no JACK: 15:00-/17:00-
*This video will be distributed continuously in the NeoMe virtual space for about a week after the event ends.
Please enjoy the artists’ performances after the above period. ■ Participation fee (viewing fee)
free
* Some purchases such as digital items in the app are sold for a fee. ▶ App “NeoMe”
Free download!
App Store: https://apps.apple.com/jp/app/neome/id1597051065
Google Play: https://play.google.com/store/apps/details?id=com.pia.virtualpia ■Performer profile
Rei Kato
[Image 2

Born in 2009, from Yokohama City. Middle 1.13 years old.
A junior high school vocalist who has won numerous awards for her singing skills that she has honed through self-study. She started her career as a singer after performing in a local musical for three years from the age of four. Winner of avex Kirachare 2018 Kids Song Category Grand Prix. In the same year, he represented Kanagawa Prefecture in the Japan Karaoke Box Awards.
Appeared on TV Tokyo “THE Karaoke Battle” from 2019, and made a distribution debut with the unit “People Papo” produced by Daimao Kosaka, which was created from the same program. Currently, he is appearing on Fuji TV’s “Chidori no Habit ga Sugoi Neta GP”, and the number of fans who are fascinated by his songs and performances is rapidly increasing.
2021 Yokohama Port Opening Festival main act.
Guest appearance on THE MUSICAL DAY in 2022 (Blue Note Tokyo). Appearance history
TV “THE KARAOKE ☆ BATTLE” “Chidori’s Habit is Amazing Neta GP” “Sukatto Karaoke! “FNS Kayosai”
TV “To Anna! “Music Champ” “People Who Love Karaoke”
CM “Nasu Rindo Lake Lake View”
MV CINRA “Decisive Battle Friday” Hibiya NEXT Artist “Jupiter” etc. LEO (koto)
[Image 3

Born in Yokohama in 1998. Started playing the koto at the age of 9, studying under Curtis Patterson and Kazue Sawai.
At the age of 16, he was the youngest person in history to win the highest award and the Minister of Education, Culture, Sports, Science and Technology Award at the Kumamoto National Hogaku Contest. Came into the limelight and made a major debut in 2017 at the age of 19. In the same year, he entered Tokyo University of the Arts. Appeared in many media such as “Jonetsu Tairiku”, “Untitled Concert”, “Tetsuko’s Room”. He has performed with Sebastian Weigle, Michiyoshi Inoue, Kazuyoshi Akiyama, the Tokyo Philharmonic Orchestra, and the Kyoto Symphony Orchestra.
In April 2021, he performed the world premiere of a new koto concerto commissioned by Dai Fujikura in collaboration with the Yomiuri Nippon Symphony Orchestra under the baton of Yuto Suzuki. Columbia) was released in September of the same year.
Received the 2019 Idemitsu Music Award and the Kanagawa Cultural Award Future Award.
While inheriting the tradition, he is attracting attention and expectations as a young talented player who pursues new appeal of the koto.
Les Freres (Moriya Saito, Keito Saito)
[Image 4

Formed in 2002 by Moriya Saito (older brother) and Keito Saito (younger brother) in his hometown of Yokosuka. As a composer and pianist, his creative original music that evokes symphonies and instrumental sessions, his innovative and delicate four-handed play style, and live performances have become a hot topic as a “piano revolution.”
Regardless of genre, he attracts people of all ages and stirs the souls of listeners with his passionate, one-of-a-kind original sound, which has been highly acclaimed. In addition, we have a track record of providing a wide variety of songs for TV, stage, and movies. So far, he has released five original albums, and in 2019, he released Disney’s official album “Disney on Quatre-Mains”.
In 2021, he will release a collaboration album “Yoshida Brothers x Les Freres” with the leading Tsugaru Shamisen players, “Yoshida Brothers”. In September 2022, they will celebrate their 20th anniversary and release the original album “Timeless”.
Hama no JACK
[Image 5

Hama no JACK was established as a voluntary organization in 2008, and in April 2011 it was certified as a specified non-profit organization and became Hama no JACK.
In order to deliver first-class classical music at affordable prices to the general public, including children, the elderly, and the disabled, and to sustainably establish classical music culture in Japan, young people We have been working with the aim of discovering musicians as “golden eggs” and nurturing them through professional musicians and audiences. As a result, in 2021, the results of our activities were recognized, and we received the 2021 Yokohama Cultural Award for Encouragement of Arts and Culture.
[Image 6 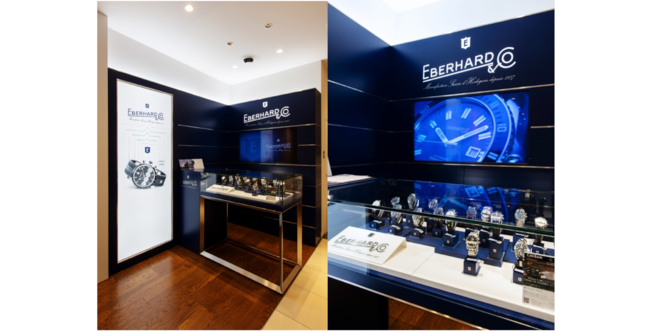