Pony Canyon, Inc
Original work by Zijin Chen, known as Keigo Higashino in China! An amazing blockbuster mystery suspense drama with over 500 million views, “Burning Ice–Unproven Sin–” All 12 episodes will be released on YouTube for free!

“Burning Ice” has surpassed 500 million views on China’s largest distribution company, IQIYI, and has been distributed on Douban, a Chinese drama evaluation site. A hit detective suspense drama that received a high rating of “8.2”. The first episode of this work is being released on the Asian entertainment information dissemination YouTube channel “WE LOVE K”, but it has been decided that all 12 episodes [for a limited time] will be released for free from November 14th.
[Image 1

(C)2017 Beijing iQIYI Science & Technology Co., Ltd. Beijing Thriving Pictures Co., Ltd. ALL RIGHTS RESERVED
The story is an Asian noir that cleverly portrays a vicious cycle of terror in which a single murder leads to the derangement of the lives of the people involved in the case, leading to new crimes! The original is Keigo Higashino, one of the most popular writers in Japan, and Zu Jingchen, who is called in China.
The cast includes Ching Hao from “Kukai-KU-KAI-The Mystery of the Beautiful Queen” as a detective with superhuman “intuition”, and “Infernal Love-Shanghai” as the “unlucky” heroine who gets involved in an incident and loses her life. The young actor Dai Shu plays the “greedy” rookie lawyer who pours his deep love into her, and the talented actor Yao Lu plays the intelligent and “predictable” former medical examiner. Dai Shu continues to appear in works that are popular in Japan, such as “Invitation” and “Flight of the Phoenix”, and this work is his debut work. In addition, there are various characters such as psychopaths, thugs, and instant memory users, and the thoughts and feelings of each character are beautifully produced and became a hot topic.
For lovers of suspense dramas such as Western dramas “FBI: Special Investigation Unit”, “CSI”, Korean dramas “Signal”, “Voice”, Chinese works “Bad Kids Hidden Crime”, which are attracting attention on DVD and digital distribution in Japan From now on, please enjoy the irresistible full-fledged mystery drama on the YouTube channel “WE LOVE K” for free.
[Image 2

-Official site-
https://www.welovek.jp/burningice/
-Delivery information-
Digital distribution: Highly acclaimed distribution at link
destinations and others
https://movie.lnk.to/burningice
-Synopsis-
One winter day when your breath seems to freeze. In the fictional metropolis of Harson in northeastern China, the corpse of Sun Hongyun, the president of a local transportation company, is found. The body was tied to a snowman with a sign on it that read, “Please catch me,” as if mocking the police. Based on the method, the police concluded that it was an unsolved “snowman serial murder case” that had been occurring in the city for the past three years. An investigative team led by a female detective, Lin Qi, is set up, and detective Yen Liang, who has been forced to work at a police box due to a mistake, joins them. On the other hand, a young man who works at a law firm, Guo Yu, learns that his first love, Zhu Hui Lu, is Sun Hongyun’s mistress and an important witness in the case. Guo Yu tries to help Zhu Huiru, but the two cause an unexpected incident. At that time, a mysterious man, Luo Wen, appears in front of them who are in a panic and proposes to cover up the incident. What is his true identity?
-cast-
Yen Liang: Qin Hao “Kukai-KU-KAI-The Mystery of the Beautiful Queen” Zhu Huiru: Dong Jiajia “Infernal Love ~Shanghai Rhapsody~”
Guo Yu: Dai Xu “Soaring” “Flight of the Phoenix”
Luo Wen: Yao Lu “Great Qin Empire Vertical and Horizontal = Road to Power =” -STAFF-
Executive Producer: Han Samping (Red Cliff)
Directed by Lu Xin
Screenplay: Ma Weaver
Original: Zi Jin Chen
-“WE LOVE K” Official SNS-
YouTube: https://www.youtube.com/c/ponycanyonkdp
Twitter: https://twitter.com/ponycanyon_kdp
Instagram (Actor): https://www.instagram.com/ponycanyonkdp_actor/ Instagram (Actress): https://www.instagram.com/ponycanyonkdp_actress/ TikTok: https://www.tiktok.com/@kinpatabetainaa?_t=8XCdQ0oyQUL&_r=1 LINE stamps on sale: https://store.line.me/stickershop/product/19277943/ja 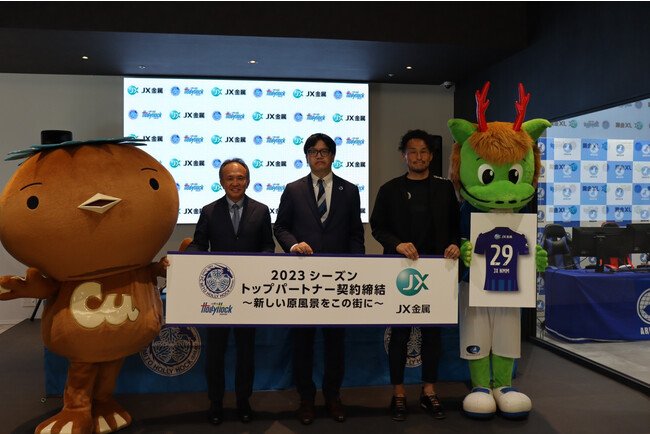