On November 17, 2022, Rewire Co., Ltd. (Headquarters: Bunkyo-ku, Tokyo; Representative Director: Hideya Kato), which provides technical support for EC systems, is the Japanese subsidiary of the world’s largest commerce platform “Shopify”. Shopify Japan Co., Ltd. (Headquarters: Shibuya-ku, Tokyo, Japan Country Manager: Makoto Taihara) announced the award “Partner of the Year 2022 – Japan” to recognize the most active partner in 2022, “Ecosystem App Developer of the Year 2022” was awarded. In addition to the development of apps such as “Dokopoi” and “Atopla”, the contribution to Shopify partners by actively disseminating information was highly evaluated.
We will continue to deepen communication with merchants and partners and help develop the Shopify community in Japan.
[Image

About Shopify Partner of the Year
“Shopify Partner of the Year” is an annual award by Shopify Japan Co., Ltd. to companies with high performance and reputation as Shopify partners. “Ecosystem App Developer of the Year” is an app development that has contributed most to the expansion of the Shopify ecosystem, such as developing Shopify apps with functions that are widely used in Japan and actively supporting partners and merchants through the Shopify community. given to partners.
≪Reason for winning the award≫
Rewire Co., Ltd. provides point, up-sell, and cross-sell apps that are widely used by domestic merchants regardless of their size, and is generous with the knowledge gained through its development on social media and owned media. We were recognized for contributing to the growth of the Shopify partner ecosystem, including contributions to our own company and other partners. The company also participates in other Shopify-sponsored events as a sender, catches and shares the latest information from overseas, and has become a leader among Shopify developers in Japan.
Rewire Inc.
With the mission of “reconnecting commerce”, we provide technical support for EC systems and integration services that connect various functions necessary for commerce. We provide technical support for EC sites and applications such as Shopify, centered on experienced engineers in system construction. As an in-house developed
application, we are offering “Dokopoi” that can implement the point function, and “Atopla” that allows you to edit upsell pages and thank you pages.
Company name: Rewire Co., Ltd.
Location: Yushima First Building 5F, 3-19-11 Yushima, Bunkyo-ku, Tokyo Representative: Hideya Kato, Representative Director
Business: Digitalization support for commerce / EC system and application development / EC system construction support
Website: https://rewired.jp/
Inquiries regarding this matter
Rewire Inc.
Person in charge: Tsuchida, Ujihara
E-mail: info@rewired.jp
Details about this release:
https://prtimes.jp/main/html/rd/p/000000004.000087729.html 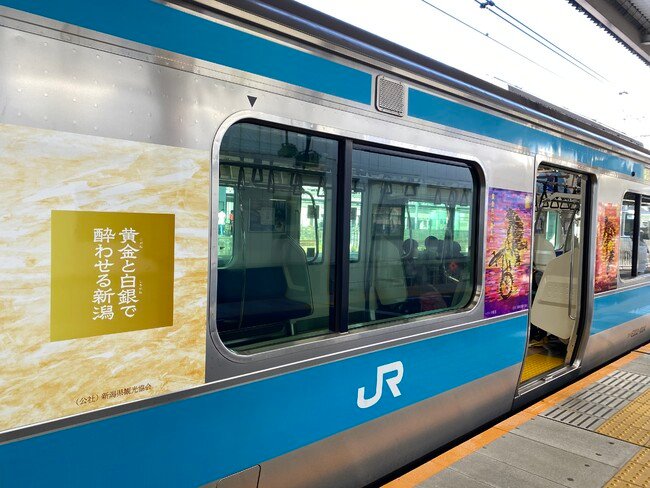 31 Oct 22 rehow
Niigata Tourism Association From October 30th (Sunday), a train that jacks one formation of the…
Uncategorized
0