ookami
Real-time breaking news from Player! Finally, all the teams
participating in the national tournament have been decided!
Designing a new sports life that can only be done with a smartphone, from live performances to news

The sports startup company ookami will provide real-time news on the 2022 Harutaka Valley prefectural representative finals on the sports entertainment app “Player!”. Player! Let’s support high school volleyball from Player!
iPhone app: https://itunes.apple.com/jp/app/id897872395
Aichi Prefecture Boys: https://bit.ly/3tIXVNk
Fukushima women: https://bit.ly/3Au33Zy
Tournament prospects
All the teams that will participate in the Harutaka Volleyball Tournament in January will be decided by the national team deciding match on the 23rd! This weekend, 6 prefectures including Aichi and Nagasaki will be holding representative finals! There is no doubt that it will be a hot battle between the teams that have fought through fierce battles in each prefecture to compete for a limited number of spots in the national team finals. The Aichi men’s and Nagasaki women’s teams should be on the lookout for this weekend’s final match. Aichi boys are paying attention to whether Aiko Daimeiden, who participated in the Inter-High, will grab a ticket to Harutaka, or Daido Daido will block it. Fukushima girls are paying attention to whether Koriyama Women’s University, who has achieved good results in the Inter-High, will get a ticket to Harutaka. Who will win the Fukushima Tournament, which is crowded with powerhouses, and decide to participate in Spring High School?
[Image 1 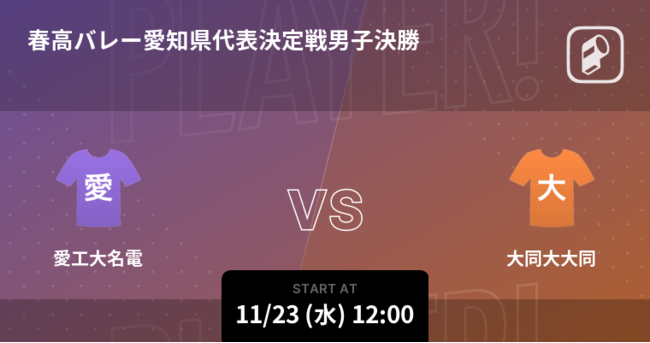 You can check the schedule for all regional finals here
https://bit.ly/3Ugh30q
What is Player!
“In this world, sports diversity.”
Player! is a platform where anyone can create their favorite sports, support them, and get excited.
Over the past 50 years, the sports industry has developed through the trinity of mass sports, mass media, and mass sponsors.
Sports with few fans can’t stand national broadcasting, there is no mass media coverage, and mass sponsors are not available, and they are becoming more and more minor sports.
It was during the Showa and Heisei eras that a large gap emerged between mass sports and minor sports.
Is it really a minor sport for the hard-working softball players and the mothers who support them?
Player! proposes a lifestyle with “my sports” instead of “mass sports”. Find a city that you like, try living in it, come to like it, and enjoy contributing to the excitement of that city. As for sports, it should be fun if you can find your own favorite sport, fall in love with it, and contribute to the excitement of that sport. Player! will create a world where everyone can create their own favorite sports, support them, and excite them. Sports diversity in this world. → Player! Official website: https://ookami.tokyo
→ Player! iPhone version: https://itunes.apple.com/jp/app/id897872395 → Player! Web version: https://web.playerapp.tokyo/
→ Player! Twitter: http://twitter.com/player_twi
[Image 2 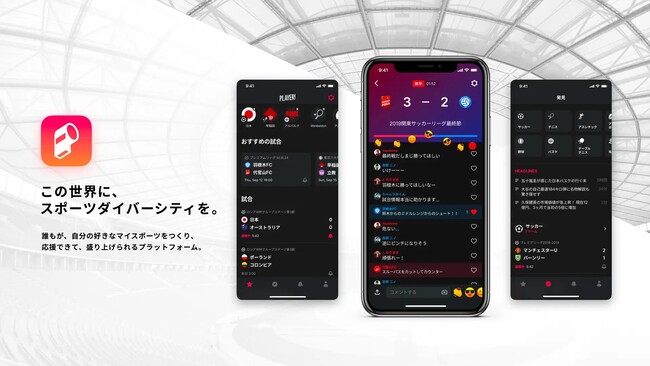