We are pleased to announce that top angler Hitoshi Suzuki has been appointed as an ambassador of Red Lenser Japan Co., Ltd. (Location: Sumida-ku, Tokyo; Representative: Michael Reuters).
[Image 1

Ledlenser Japan Official Ambassador Hitoshi Suzuki
A light that is an essential item for night games. Red lenser has been supported by many anglers for its quality, durability, and excellent after-sales service. Among them, Mr. Suzuki, a professional angler who has been using it from early on, has been appointed as an ambassador for Red Lenser Japan. A special movie has been released to commemorate the occasion. I was able to complete a gem of a shot that I was able to take because I was closely related to Mr. Suzuki’s hometown, Hinuma River.
Hitoshi Suzuki Special Movie “NIGHT GAME powered by Ledlenser”

Professional angler Hitoshi Suzuki
As of 2022, he is a professional angler with 41 years of fishing experience (36 years of lure experience). If you’re going to fish anyway, it’s cool! Fun is the motto of fishing.
Immediately after graduating from high school, he worked at a pro shop for 17 years, learning how to purchase and sell fishing tackle while engaging in product creation and promotional activities for contracted manufacturers. Fishing = cap style was the standard, but we quickly adopted the flat cap style and proposed a fashionable and cool fishing style. Through fishing magazines and fishing programs, we are working to promote and popularize fishing.
With more than 47,000 followers* on Instagram (@suzuki2454), he is extremely popular.
*As of November 2022
Interview with Hitoshi Suzuki
Q. What is the appeal of fishing?
The charm of fishing is, after all, when there is an invisible fish hit (from the angler underwater).
From the moment I imagined what kind of fishing I would be able to do today, to that moment when the rod hit a bite, to this bargaining, it’s indescribable.
Q. What is the most exciting moment while fishing?
The most exciting moment is when a fish becomes nabla or boils on the surface of the water, or when a small fish is suddenly chased on the surface and the next moment comes.
Q. Please tell us about the Red Lenser lights.
When fishing at night, you can’t see many things without lights. For example, scaffolding, submerged obstacles, structures, and baits. By being able to see such things, it becomes very easy to develop further. When I bought (Red Lenser’s light), I was moved and moved at the moment when I turned on the light. It’s so bright, it’s bright enough to turn off the lights of the people around you. I was the only one who could see the bait and the terrain, so naturally the catch increased.
Q. What do you pay attention to when using lights at fishing spots? At night, the amount of light causes the bait to escape, and there are many other anglers, so when there are people around as much as possible, I don’t want to illuminate the surface of the water too much or illuminate people. I think it’s better not to.
What is Ledlenser?
Red Lenser is a German brand specializing in portable lights. Founded in 1993 by twin brothers Reiner and Harald Opolka. The business began in a small garage in Solingen, which flourished as a metalworking company, and is now the world’s leading porter.
It has grown to be one of the leading companies in the Lurite industry. Red Lenser Japan Official Website: https://ledlenser.co.jp/
YouTube channel: Ledlenser Japan
Instagram: https://www.instagram.com/ledlenser_japan/
Facebook: https://www.facebook.com/ledlenserjp
Twitter: https://twitter.com/Ledlenser_Japan 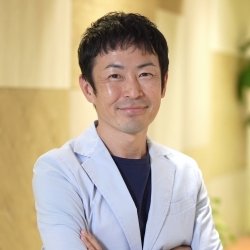