Scope Co., Ltd.
Let’s think about it together! About plastic, about the climate crisis. Held an online movie screening and an online exchange event for the movie “Microplastic Story-Our Year 2050-“!

Scope Co., Ltd. (Headquarters: Chiyoda-ku, Tokyo, President: Shigeru Yokoyama) holds a regular seminar titled “SCOPE GROUP SDGs Future School” to explore hints and ideas that will change the future to achieve the SDGs. We are here. At the “SDGs Mirai Juku” in November, we will hold an online event on the theme of the plastic problem and the climate crisis in collaboration with the movie “Microplastic Story – 2050 that we make”.
[Image 1

[Purpose of the event]
In the movie “Microplastic Story: Our Year in 2050,” fifth graders in Brooklyn, New York learn about the world’s major plastic pollution problem, ask what is the root of this problem from their perspective, and solve it. We spread the action from our community towards. This time, along with watching the Japanese-dubbed version of the film, we will be joined by environmental activist Takahisa Taniguchi and Atsuko Satake, the co-director and producer of the movie “Microplastic Story: Our Year 2050”. We will hold an online exchange meeting for all. * Planning cooperation: Microplastic Story Ambassadors https://www.mps-aj.jp/ [Overview of event]
-Movie screening-
Screening movie: “Micro plastic story – 2050 that we make” Japanese dubbed version
Viewing period: 11/25 (Friday) noon to 12/4 (Sunday)
*You can watch it at your convenience during the period.
-Online exchange meeting-
Theme: Let’s think together! About plastic, about the climate crisis. – Exchange meeting with Takahisa Taniguchi and Director Atsuko Satake – Date: 12/3 (Sat) 19:30-21:00 Held on ZOOM
Panelist: Ms. Takahisa Taniguchi (environmental activist, leader of “Let’s Save the Earth”)
Atsuko Satake (co-director and producer of the movie “Microplastic Story – 2050 that we make”)
-Participation application-
Please purchase a ticket that allows you to participate in the movie screening and networking event at Peatix.
(general: 1000 yen, university/vocational school students: 500 yen, high school students and younger: free)
https://sdgs-miraijyuku-mps.peatix.com
[About screening movies]
Movie “Microplastic Story Bokura 2050” (Japanese dubbed version) [Image 2

“Microplastic Story – Our Creation in 2050 -” is a program in which fifth-graders from Brooklyn, New York ask what is the root of the world’s major plastic pollution problem from their perspective, and work towards solving it in their own communities. This is a
feature-length documentary that follows two years from the beginning to the expansion of the action. For the production of the Japanese dubbed version, 578 children from all over the country participated in an audition and acted as child voice actors. In addition, many adult voice actors who agreed with the theme of the movie also supported and performed. From the holding of the audition to the recording of the dubbed version, it is also a unique work that was completed with the thoughts and cooperation of many volunteers.
Japanese dubbed trailer: https://youtu.be/MJUmuAnMk2k/
Official website of the movie: http://www.microplasticstory.org/ [Instructor profile]
Takahisa Taniguchi, environmental activist, representative of “Let’s Save the Earth”
[Image 4

Born in Osaka in 1988.
In his teens, he started an internet business while studying abroad in Japan and went to England to study.
After graduating, he worked as an area manager of a chain store, established a school in Guinea, Africa, a megabank/M&A/media consultant, and a director of a global IT company.
Moved to Germany and started a business in order to tackle the plastic problem and local currency that loses value over time.
In 2019, after witnessing the seriousness of the climate crisis in Germany, he launched “Let’s save the earth!” with the motto “If everyone knows, it will definitely change”, and started disseminating and giving lectures on the climate crisis.
He has been invited to give lectures from all over the world, and has achieved 515 lectures in all prefectures in Japan in one year. His hobbies are traveling and studying, he has visited about 60 countries, and has 40 qualifications, including international and national qualifications.
Save the Earth! Website: https://chikyuwomamorou.com/
Atsuko Satake (English name: Atsuko Satake Quirk)
Environmental activist Documentary filmmaker
Microplastic Story We Create 2050 Co-Director & Producer
[Image 5

Born in 1966. Born in Saitama City, Saitama Prefecture. In 1993, he resigned from an advertising agency and moved to the United States alone, where he spent 17 years in New York producing and producing movies, commercials, and TV programs. Since 2007, he has been volunteering for environmental education activities, but in 2010, he turned it into his main business. At the same time, he also started producing documentaries on environmental education as a filmmaker. While working as a media director for Cafeteria Culture, an NPO based in New York, he works closely with the U.S. Environmental Protection Agency and the New York City Board of Education, producing videos and conducting environmental education at public elementary and junior high schools. there is
His main work is “School Lunch in Japan – It’s Not Just About Eating” (30 million views on YouTube). In addition, a short movie on the theme of marine litter produced by the Tokyo Metropolitan Government, “What we can do to reduce marine litter – by Kids from Tokyo & NY” (2017), and a short documentary on the theme of marine litter, “Because it’s the ocean for everyone.” (2013) was selected for eight film festivals, won the Best Short Documentary Award at the New York City
International Film Festival, and won awards at film festivals in Costa Rica and India. Lives in Manhattan, New York City. Graduated from Nihon University College of Art Broadcasting Department.
Director Satake’s profile site: https://www.atsukoquirk.com
[SDGs Future School]
[Image 6

Under the slogan of “Change the future with planning!”, the Scope Group continues to disseminate the seeds of various ideas for achieving the SDGs. As part of this, we hold free seminars. We hope that we will share the opportunity to create ideas for resolving social issues together with many people, and that the seeds that are born there will blossom into the achievement of the SDGs.
[Scope Co., Ltd.]
Representative Director and President: Shigeru Yokoyama
Established: April 1, 1989
Location: Iidabashi Grand Bloom 28th floor, 2-10-2 Fujimi, Chiyoda-ku, Tokyo Business: Comprehensive planning, comprehensive advertising and sales promotion https://www.scope-inc.co.jp/
-scope group-
Scope JP Co., Ltd.: https://scope-jp.co.jp
C2S CREATIVE Co., Ltd.: https://c2s.co.jp
Bustling Soken Co., Ltd.: https://www.nigiwai.co.jp
[Inquiries regarding this matter]
Scope Co., Ltd. Public Relations Center Email address: koho@scope-inc.co.jp 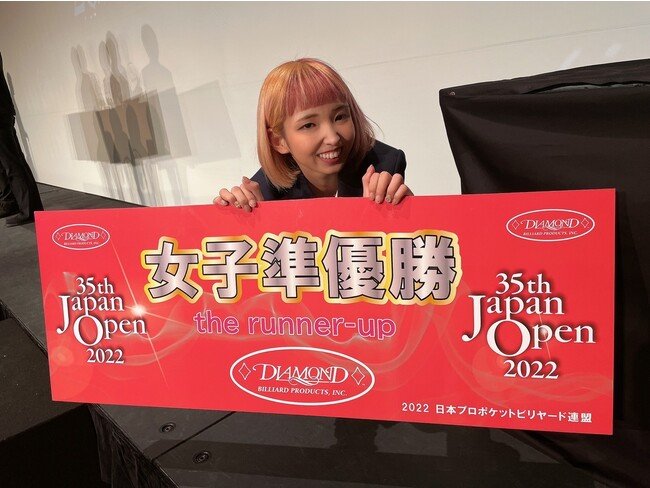