Shogakukan Co., Ltd.
[Jimbocho Theater] Masterpieces of full-body actresses who have spent their entire lives mastering the way of acting are in one place! ! ──Special screening “Actress Isuzu Yamada 10 years after her death” will be held from November 26th (Sat) 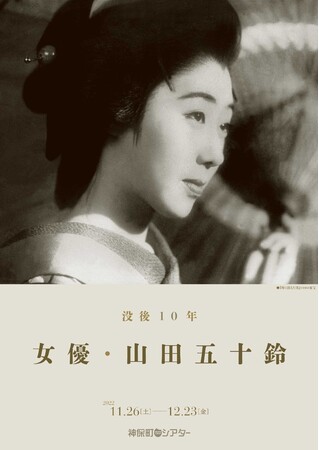 The Jinbocho Theater is a masterpiece of the book town that shows Japanese films from the good old days of the Showa period, focusing on works from various angles such as directors, performers, and themes. The special screening from November 26th (Saturday) is “Actress Isuzu Yamada 10 years after her death”.
Yamada Isuzu (1917-2012, Yamada Isuzu) was born in Osaka between a new-school actor and a popular geisha. When she made her debut on the silver screen at the age of 13, she became a hit as a daughter in period dramas. Recognized for her solid acting ability in Naniwa Eika and Gion no Sisters, she suddenly joined the ranks of star actresses. Since then, it has become an indispensable presence in the works of masters such as Yasujiro Ozu, Mikio Naruse, and Akira Kurosawa, and continues to be loved by movie fans as an unforgettable presence. A beautiful actress who shines brilliantly in the history of Japanese cinema. On the occasion of the 10th anniversary of his death, please enjoy many of his famous performances on the screen.
************************************
special screening
10 years after death
Actress Isuzu Yamada
Saturday, November 26, 2022 to Friday, December 23, 2022
Jimbocho Theater
(1-23 Kanda Jimbocho, Chiyoda-ku Tel: 03-5281-5132)
Admission fee = 1300 yen for adults, 1100 yen for seniors, 900 yen for students *The museum will be closed on December 6th (Tue) for equipment inspection. Jimbocho Theater Homepage
http://jinbocho-theater.jp/
“Actress Yamada Isuzu” special screening page is here
https://www.shogakukan.co.jp/jinbocho-theater/program/isuzu3.html Click here for the detailed work introduction page
https://www.shogakukan.co.jp/jinbocho-theater/program/isuzu3_list.html#movie01 ************************************
[Main screening works]
Sisters of Gion
Director: Kenji Mizoguchi / 1936
Co-starring: Yoko Umemura, Benkei Shiga, Eitaro Shindo
Genealogy (omnibus)
Director: Masahiro Makino / 1942
Co-starring: Kazuo Hasegawa, Ryokuha Furukawa, Hideko Takamine Tsuruhachi Tsurujiro
Director: Mikio Naruse / 1938
Co-starring: Kazuo Hasegawa, Kamatari Fujiwara, Heihachiro Okawa Modern people
Director = Minoru Shibuya / 1952
Co-starring: Ryo Ikebe, Satoshi Yamamura, Toshiko Kobayashi
the man who disappeared yesterday
Director: Masahiro Makino / 1941
Co-starring: Kazuo Hasegawa, Hideko Takamine, Musei Tokugawa The Cat, Shozo, and the Two Moms
Director: Shiro Toyoda / 1956
Co-starring: Hisaya Morishige, Kyoko Kagawa, Chieko Naniwa
flow
Director: Mikio Naruse / 1956
Co-starring: Kinuyo Tanaka, Hideko Takamine, Mariko Okada
16 other works
◎ Please check the theater website for all screenings and screening schedules. In addition, due to recent circumstances, there is a possibility of changes in sales and screenings, so in that case we will inform you on the theater website and theater staff Twitter
(https://twitter.com/jinbocho123).
[Biography of Isuzu Yamada]
Born in Osaka in 1917. Born between a new school actor and a popular geisha, Yamada made his debut on the silver screen in 1930 at the age of 13. She played the role of a daughter in period dramas starring Denjiro Okochi, and in 1936, her performances in Kenji Mizoguchi’s “Naniwa Eika” and “Gion Sisters” were highly acclaimed, and she became a star actress at the age of 19. Loved by maestro Masahiro Makino and Mikio Naruse, he has appeared in many masterpieces in Japanese film history. From the 1960s onwards, his activities centered on the stage, but his TV period drama “Hissatsu Series” left a strong impression on him, and he continued to work vigorously until he fell ill in 2002. In 2000, she became the first actress to receive the Order of Culture. In 2012, he passed away at the age of 95.
[Image 2 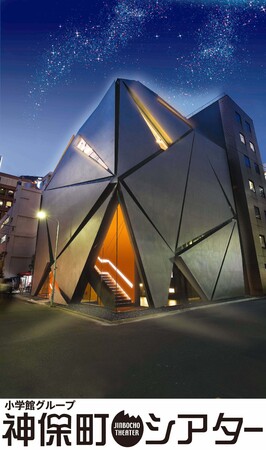