Sony Music Labels Inc. Legacy Plus
Ran Ito A live report of the tour FINAL performance that ended with great success. Towards the 50th anniversary of their debut, they have announced that they will be holding a commemorative concert next September. 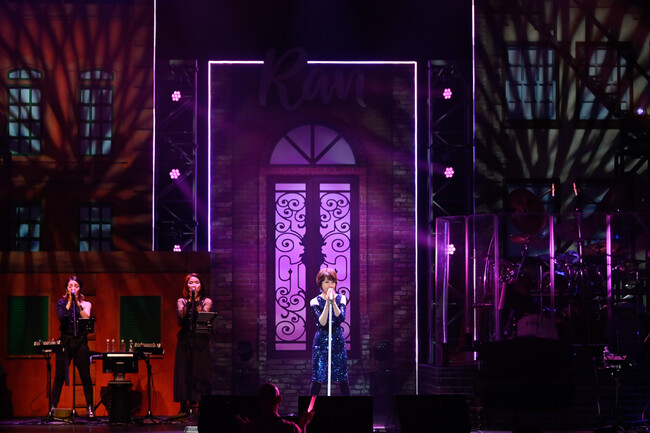 Photo: Akemi Yoshihara
Starting with KT Zepp Yokohama in August, the stage of this day, which was organized as an additional performance of a tour that toured seven cities nationwide, was the memorable place where Ito stood for the first time as a solo artist when he resumed his music activities in 2019. is. The stage went dark while being watched by the packed audience that filled the venue. The spotlight hits the door placed in the center of the American downtown-style set, and when Ito appears in a stylish black set-up, the audience cheers by waving their image color red penlights all at once. After performing “You do you” and “Anata no mikata” from the number of the second album “Beside you” released last year in quick succession, they made their first greeting.
“Good evening everyone! I’m Ran Ito. I’m very happy to meet you all today.” He thanked the fans who supported him after 41 years as a singer. Connect with. With the MC in between, she wrapped herself in a colorful long skirt this time, sat on the sofa and sang “Koi to Caffeine to Sweets to Cat’s Tongue” from her first album “My Bouquet”. The following “walking in the cherry” is the song that decorated the beginning of the first concert at this venue.
After this, the radio program “Ran Ito RAN To You”, which started on Nippon Broadcasting System in September, became a hot topic. The memorable first guest of this program is Noritake Kinashi and her husband, Yutaka Mizutani. At that time, the Tokyo metropolitan area radio listening rate was the highest among all stations, and he made the audience laugh, saying, “I’m glad I mustered up the courage to offer it to my family.”
After the train sound effects of JR West’s “Otonavi” commercial song “Vibration” and the rocker ballad “Unnamed Christmas Song”, she changed into a cool jacket with sparkling red Swarovski crystals on a black background. “Hikishio”, and then to the introduction of the members. Leader keyboardist Jun Sato, edgy guitar player Koichi Korenaga, hard drummer Toru Soru, groovy bassist BJ Katsuhiko Sasai, and emotional sax player Takeno. Masakuni, and the chorus of Sachiko Watanabe and Chino Takayanagi, who support Ito on both sides. With the powerful “ICE ON FIRE”, Ito put it on his sleeve, and when the drum solo and clapping overlapped, “SUPER CANDIES” heated up the venue at once. Sato and Korenaga will also participate in vocals, and from here it will enter the long-awaited Candies Zone.
When the letters “Candies” on the upper right of the stage flashed, Ito appeared in a shiny blue dress and said, “Don’t let that happen.” In the following “Symphony Symphony”, instead of the promised paper tape, the audience waved down the red penlight at just the right timing. This sense of unity is the fan power that has supported her and Candies. In addition, while being an album song, the live standard “Sadness Iki”, and three songs in a row of Serious Mode numbers were performed.
Ito’s talk, “Let’s have fun with the beloved Candies song!” She sang and danced to the speedy “Natsu ga Kita!”
A stand microphone was prepared, and he said, “I would like to send this message to Mr. Takuro Yoshida with respect and gratitude.” Furthermore, the tension in the venue reached its peak with the song “Younger Boys” that everyone in the audience loved, and the arena seats were all on their feet. Then go to “Summer greetings”. “This moment is the best time to confirm that you are not alone. Feeling the presence of Sue and Miki, being able to sing the song from that time with everyone in 2022 is like a miracle.” Ito paid tribute to the band and chorus that made it possible to deliver Candies’ famous songs of yesteryear without fading, and once again expressed his gratitude to the many fans who received it.
The last part of the main story is the famous song “Haru Ichiban” that creates the best groove. In the intro, the silver tape burst all at once, and it was a miraculous moment when Ran Ito, the band members, and the audience became one.
Appeared in a stylish purple dress at the encore. The new song “Utsukushiki Hibi” will be unveiled for the first time on this tour, as well as the mature ballad “Ieji” composed by Tomoyasu Hotei. In this song, the penlight changed to white, and it became a stylish gift from the fans.
“I was able to spend the best time with everyone!” Ran Ito, who made his debut on September 1, 1973 with Candy’s “Anata ni Mutsu”, will celebrate the 50th anniversary of his record debut next year. And in September of next year, Ito announced that a commemorative concert will be held. For many fans who have spent their youth with Candies, and for generations who do not know Candies’ active days, it is a heart-warming gift from Ran-chan. Surrounded by thunderous applause, they aggressively sang the last number, “Koi Suru Revolver”, and with greetings like “Let’s meet again! Thank you very much”, the concert tour “Touch this moment & surely Candies!” came to an end. The audience who visited the venue on that day must have begun to prepare mentally for next year’s 50th anniversary while savoring the afterglow of the live.
Text: Motohiro Makaino
[Image 2 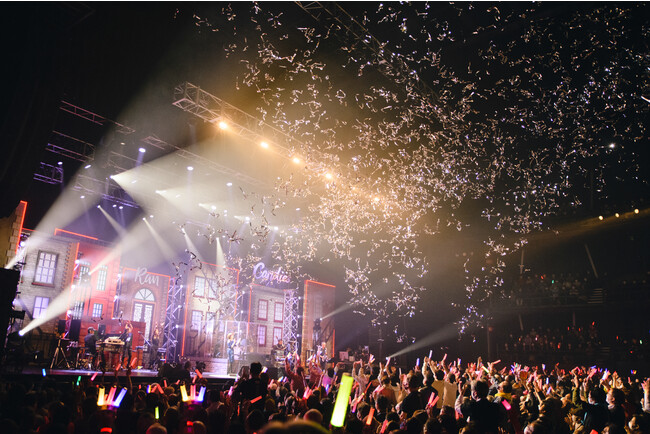 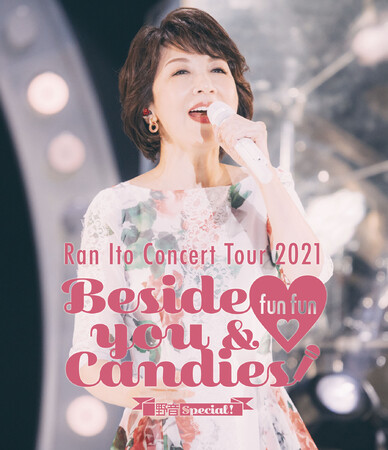