Sony Music Labels Inc. Legacy Plus
“Yurukawaii” pop icon PUFFY first appeared in “THE FIRST TAKE”. The 1998 release “Ai no Shirushi”, which has been a revival hit on Tik Tok, is shown in a single shot starting with two people hitting timpani alternately.

It was revealed that the female duo PUFFY will appear for the first time in the 269th episode of “THE FIRST TAKE”, which will be released at 22:00 today.
[Image 1

The performance this time is “Ai no Shirushi” released in 1998. The song was written and composed by Masamune Kusano (name: Masamune Kusano) of “Spitz” and arranged by Tamio Okuda.
Dance videos are posted on Tik Tok, mainly by teenagers, and have become a revival hit.
Starting with the two PUFFYs hitting the timpani, in addition to the performance with a relaxed atmosphere,
Guitar & Chorus for band members: Kouki Okamoto (OKAMOTO’S) / Keyboard: Daisuke Kanazawa (Fujifabric) /
Drums: Kaion Sakurai / Bass: Hiroharu Kinoshita will perform a one-shot with an original formation only for “THE FIRST TAKE”. ■ Program details
PUFFY -Ai no Shirushi / THE FIRST TAKE https://youtu.be/AkCE-SeMPjY
■ YouTube channel “THE FIRST TAKE” channel top page
https://www.youtube.com/channel/UC9zY_E8mcAo_Oq772LEZq8Q
■ PUFFY comment
I hope everyone enjoys it, and I feel grateful to be able to sing old songs like this.
Recently, it seems that people of all ages are listening to it, so I’m very happy about that.
■ RULES
A single microphone placed in a white studio.
There is only one rule here.
Do a one-shot performance.
A microphone and a white studio.
And 1 rule.
You’ve got 1 TAKE.
■STATEMENT
Be yourself.
Music as it is.
One time only.
THE FIRST TAKE
To the world as it is.
Your Music.
Your Everything.
All in this one take.
THE FIRST TAKE
Less Filter, More Music.
■ What is “THE FIRST TAKE”?
[Image 2

“THE FIRST TAKE” is a YouTube channel that clearly captures one-shot performances by musicians.
Launched on Friday, November 15, 2019, the number of channel subscribers reached 6.98 million (* as of November 17),
Among the YouTube channels in the Japanese music genre, it has the highest number of subscribers other than the artist’s official channel.
In terms of music genre, it is the fastest channel to reach 5 million and 6 million viewers. As a global channel, attention is also high, The establishment of the distribution label “THE FIRST TAKE MUSIC”, On May 3rd and 4th of this year, the first audience live “INSIDE THE FIRST TAKE supported by ahamo” (venue: Maihama Amphitheater) will also be held. This is the most popular YouTube channel.
■ “THE FIRST TAKE” OFFICIAL
Website: https://www.thefirsttake.jp/
Instagram: @the_firsttake (https://www.instagram.com/the_firsttake/) Twitter: @The_FirstTake (https://twitter.com/The_FirstTake)
TikTok: @The_First_Take (https://www.tiktok.com/@the_first_take) THE FIRST TIMES: https://www.thefirsttimes.jp/
■ PUFFY profile
Debuted as PUFFY in 1996 with the single “Asia no Junshin” produced by Tamio Okuda.
After that, he released hits one after another, such as “This is my way of life”, “Circuit’s daughter”, “Extremely related to Nagisa”, etc.
At “Cartoon Network”, the No. 1 anime channel in the United States, The anime program “Hi! Hi! Puffy Amiyumi” featuring them as the main characters has been broadcast in more than 110 countries around the world, and they are active on the world stage as Japanese pop icons. ■PUFFY OFFICIAL
Website: https://www.puffy.jp/
Twitter: https://twitter.com/PUFFY
Instagram: https://www.instagram.com/puffyamiyumi_official/
YouTube: https://www.youtube.com/channel/UCV-i86-vGMSSgCZuTxUAW2Q TikTok: https://www.tiktok.com/@puffyamiyumi_official
Details about this release:
https://prtimes.jp/main/html/rd/p/000001313.000020808.html 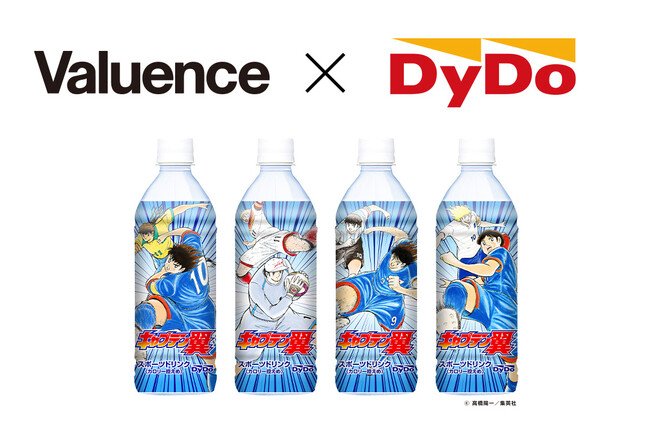